T.O.P Takes on Action in "Commitment" 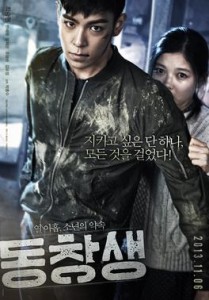 Commitment was arguably the most buzzed-about Korean film of 2013. Partially because of the high concept of a reluctant teenager forced into espionage, but mostly because said teenager was played the one and only T.O.P. However, buzz and quality are usually not connected. How did Commitment hold up to its promised weight?

Commitment is a violent, gory shoot-’em-up filled with injuries and murder and an alarmingly cavalier attitude towards death. It really only bothers with the modern politics of the North-South divide because it’s a convenient backdrop for the blood and gore. This is not said as a criticism but a clarification. Many were disappointed by the rather small part the politics played in the film. They were expecting The Hunt for Red October and got The Boondock Saints. By the standards of a typical political thriller, Commitment leaves a lot to be desired. By the standards of an action flick, it doesn’t simply succeed. Commitment actually excels.

The very idea of a political thriller demands a certain grandiosity. They are stories of governments and political factions, not the men and women who comprise them. The lead characters are ideal versions of their political beliefs, depicted less as people and more as anthropomorphic concepts, allowing Justice and Corruption to literally meet. What distinguishes Commitment from the average political thriller is the fact that it’s a very small story.

Li Myung-hoon (T.O.P) is the son of a North Korean spy, who is killed in disgrace while on a mission. Due to this, he and his sister Li Hye-in are imprisoned for years. When Myung-hoon is 16, Colonel Moon of Section 8, his father’s old boss, offers to free him and his sister if Myung-hoon becomes a spy. With no loyalty to either his country or his father, Myung-hoon agrees for his sister and her only. Two years later, in 2011, Kang Dae-ho enters South Korea posing as a refugee. His mission: find and kill the man killing others in his sleeper cell.

From there, Commitment proceeds on a journey of loyalty, personal desire and, above all, powerlessness, punctuated by random acts of violence. Myung-hoon is cold to the core, expressing almost no emotions. He’s less stoic and more dead inside, rarely showing signs of any feeling or motivation besides ruthless determination. He kills swiftly and efficiently, suffering no remorse. He doesn’t smile, doesn’t cry, doesn’t emote. He carries his assignments out and thinks of little besides returning to the North to his sister.

It is this devotion to his sister that saves Myung-hoon’s likability. He is a cold-hearted killer, never showing a shred of mercy. You get in his way, you die. But his devotion to Hye-in makes him someone the audience can still like. At the very least, he’s someone they can understand. His sister is the only one in his life who has never let him down, and he is committed to her above all.

The question of who or what you should commit yourself to is the driving theme. Commitment makes the argument that those coming of age need to be able to find their own way in life instead of living to please their families. There are several adults who represent various political groups — Section 8’s Colonel Moon, an assassin known as the Big Dipper under the employment of rival faction Section 35, South Korean intelligence agent Cha Jung-min, and an elderly spy. These adults all devoted themselves to causes of their own volition. The still-living Kim Jong-il, his heir apparent Kim Jong-un, national security, the glorious revolution. Yet Myung-hoon has neither the ability or the context needed to do the same.

It is assumed that he is loyal to his country because he is supposed to be. He’s young, raised in the same world as his elders. Colonel Moon doesn’t trust him, but that’s more about Moon than Myung-hoon. It never occurs to anyone that he has no reason to bear the same loyalties as the previous generation. He has no memories of the occupation, of the dictatorship over South Korea in the 1970s and ’80s. It’s the adults’ struggle and their hatred, and the only reason Myung-hoon is involved is because he is forced to be by people who push their dreams onto an unwilling youth. 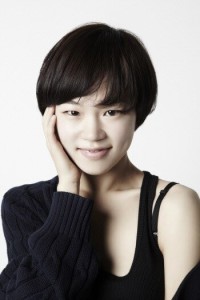 The parallel is made crystal clear with the arc of the forced romantic interest. Han Ye-ri plays Myung-hoon’s seatmate … Li Hye-in. Myung-hoon sees this bullied girl bearing his sister’s name and becomes her protector. She bonds with him over their mutual desire to break free, leading by example and pursuing her goal of becoming a professional dancer. While this seems like a good idea — another person for Myung-hoon to develop a sense of commitment to — it falls flat. While Sister Hye-in’s emotional weight is always felt, despite having just five minutes of screen time total, Girlfriend Hye-in is only memorable when she’s on the screen. The second she leaves, you forget she was there at all.

Commitment‘s tone is rather unusual as well. It takes its perspective from Myung-hoon, with the end result being a film that’s very frank. Very blunt. There are no explosions, no fight goes on longer than it has to, and Myung-hoon openly and obviously kills people. None of that “leaving them alive, but they’ll probably die off-screen” crap here. This both amplifies the violence, by making it impossible to hide from, and creates some of the funniest moments in the film. How many action heroes beat up some bullies, and then have to ask their victims, in neck braces and casts, for information? Unfortunately, the use of the straightforward tone is also Commitment‘s Achilles’ heel. The stakes fail to get stake-ier. The climax has the same feel as the exposition, which makes it really hard to be concerned about the characters’ well-being.

Overall, Commitment is a film that everyone should see once. It’s well-made, takes a new approach to its genre, and will make you think, at least a little. Sadly, it’s not something that many will feel a burning need to watch more than once.

(Images and video via Showbox)