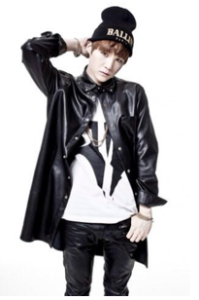 They’ve just graduated freshman year in the industry, but BTS have returned to rookie status in their Japanese debut, re-releasing two single albums and a compilation album in just over the course of a month since their official foray into the Japanese market.

More notably, they’ve also shot Japanese videos to accompany two promotional singles, “No More Dream” and “Boy In Luv.” Since the majority of these Japanese releases are merely songs run through the translation machine, PVs play an important role as the only ‘new’ material fans receive and use to perceive a group. In the case of Bangtan, the Japanese video releases of “No More Dream” and “Boy in Luv” manage to translate a year’s worth of musical experimentation and growth in a pair of slickly produced, stylistically strong PVs.

Neither the Japanese version of “No More Dream” and “Boy in Luv” contrast greatly from their MV counterparts in plot, where the greatest difference is actually the lack thereof. These lower-investment PVs have eschewed the original narratives in favor of focusing on dance and the individual members, which is not a bad thing. It merely means that these videos allow for — really call for — greater attention to aesthetics as a way to draw viewers in when the option of emotional attachment via storyline is unavailable, and the PVs put out by Bangtan are prime examples of this.

For starters, the Japanese PVs each feature a color palette which remains a constant throughout the duration of the video. In “No More Dream”, the boys are clad in all black with white accents, and the primary pop of color is concentrated to varying shades of blue found in the lockers and classroom doors. While “Boy in Luv” preserves the black, white, and blue scheme in the uniforms worn by the members, it also introduces an earthy palette of mossy green and brown in the brightened classroom set. The unifying use of color is effective at connecting the two videos by offering a visual consistency, while expanding on the palette as “Boy in Luv” does with “No More Dream” allows a video to signify changes in mood or style within the series.

The camerawork also plays on the largely choreography-based focus by engaging more directly with the members. The shots of the original MVs are mainly static and feel more like recordings of performances. In the PVs, without a token band girl or b-boys, the members are more aware of the camera and the viewers. The video takes on an interactive feel for watchers, like in “No More Dream” as the members preen in front of the lens in between scenes. The active movement of the camera involves the audience in the setting; during Suga’s rap the camera zooms close to his face but doesn’t stop zooming, instead maneuvering over his shoulder to focus on the members seated farther down the hallway before panning out to Suga again in the foreground.

Editing ties into the videography as well, and it’s pretty on point. Transitions between scenes are often connected by mirroring movements. J-Hope leaps from the backs of members in one scene and lands in the hallway in the next without breaking the chain of choreography. Jimin’s leg revolves over the camera in a flying kick, and the moment of impact is punctuated by a cut to the sprinklers going off. Jimin’s kick is also slowed down until it directly faces the viewers, at which point normal speed resumes, and a jump in the “Boy in Luv” choreography undergoes similar time-warp; the boys pause for a second in the air before falling back to the ground in time with the beat. The editing is smart and sharp but avoids overshadowing the boys, allowing their performance, rather than special effects, to be the main subject. 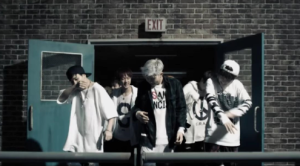 And despite being more dance than drama, the videos have enough substance to relate to the lyrics. As an adolescent love song, “Boy in Luv” requires less context, and a classroom setting complete with blazered uniforms and a rowdy attitude is enough to characterize the enthusiasm of a high school infatuation.

The lyrics of “No More Dream” criticize the apathy of students and encourage them to reject society’s strict definition of success in favor of pursuing their own dreams. The PV shows the boys tagging lockers and overturning bookshelves in school before bursting through the exit doors, revealing barbed wire in the background as they look forward to the distance. Actually, I thought the PV suited the meaning of “No More Dream” better than the original MV, which involved the boys acting as neighborhood hooligans and getting shut down by the police in helicopters…plenty of style, but not nearly any relation to the subject matter of the actual song.

This isn’t to say I’ve got no gripes with the “No More Dream” and “Boy in Luv” PVs, because there definitely are weaker points in both videos. At one point in “No More Dream,” the cuts flash by at a speed a little too quick to process what is going on, much less pick out the member involved (I recall red hair, but that’s about it). Why do the members, having spent the whole of “Boy in Luv” singing and rapping directly to the camera, suddenly face away from the viewers, avoiding eye contact during the climatic confession of the bridge? And is that German that Rap Monster is rapping in during the first twenty seconds of “No More Dream”? 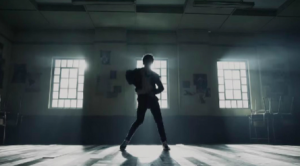 There’s also a risk run of becoming…well, boring, in the chase for consistency. The choices of set, camera work, and color work well for each respective PV, but they won’t work forever. The next PV to be released must show some new side of the boys, the style, or music, should BTS wish to remain surprising rather than stale in Japan.

Overall, the Japanese version videos of “No More Dream” and “Boy in Luv” are striking visually, building upon stylistic elements and concepts of previous MVs and offering a more polished, cohesive product without losing much of the rebellious street style that the group has established. With a strong showing, only more time will tell whether BTS can establish staying power in Japan.