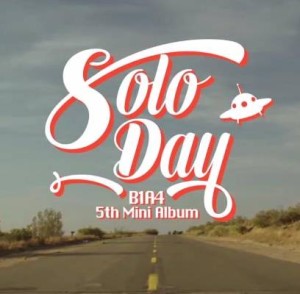 B1A4 has come a long since their Let’s Fly debut album.

Not only have they progressed in style – leaving the insane aegyo behind — but they have also progressed musically. Solo Day is the group’s 5th mini album and every track has lyrics penned by the members. Not only that, but the musical composition of every track was also contributed to by at least one of the members. WM Entertainment has thankfully recognized that B1A4 has more talents than dancing around and looking cute.

Solo Day isn’t the first album like this, though. B1A4 has been contributing creatively to their own albums for a while now. Jinyoung has proven that he can write singles that are not only unique but catchy as well and it is great to see an entertainment company allowing that sort of freedom of expression. It could even be argued that the singles Jinyoung has written have been better than the ones the company had composed by “professionals” early in the group’s career.

Solo Day the album, and “Solo Day” the single, takes the listener in a different direction than B1A4’s last song, “Lonely.” While Who Am I had an almost melancholy feel to it – appropriate for a winter album – Solo Day has a more laid-back vibe that matches the summer. Both albums are similarly mellow in overall tone, though, which may turn out to be a lasting mood for B1A4’s self-composed music.

“Solo Day” is the most automatically catchy song on the album, hence why it was chosen as the single. The repetitive chorus is easy to sing along to and the whistling bridge just makes you want to bob your head. What sets the single apart from the rest of the tracks musically is the tempo. There aren’t any other songs on the album that are as energetic as “Solo Day.”

After the initial hook of “Solo Day,” the album soothes the listener down with “What Does That Make Me?” which is a pleasantly slow song heavy on the acoustic guitar. Baro has a nice slow-rap section and the vocals are emotional yet restrained. Certainly not a song you’d dance to, but a perfect song for cool evening of deep thought and one of my favorites on the album.

“It’s Going Well” matches “What Does That Make Me?” in slow tempo but has a very different tone. Instead of going for an acoustic folk sound, this song goes the R&B route. Baro’s voice seems a little better suited to this style of song so it is a nice addition to the album overall. Once again, though, there isn’t a dramatic pick-up anywhere in the song but rather a smooth tempo throughout.

The next song, “A Cup of Water,” is the closest to a stereotypical “pop” song the album has to offer. The do-do-do sections and the heavily auto-tuned oooooo-ing are pop music staples and it makes sense for B1A4 to use this style at least once in this album — they are a pop boy band after all. While this song easily could have been any boy band’s promoted single it certainly isn’t nearly as unique or catchy as “Solo Day.” This does have the feel of a beach party song, but it feels a little out of place in the otherwise chill album.

“Drive” head back in the R&B direction but is a little more up-tempo than “It’s Going Well.” The synth background music lends the song a funky note and the chorus is good for grooving. This song would work for a nighttime drive with your crush through the warm summer air. Unfortunately, the song itself wasn’t the most exciting on the album. Although the overall product was appealing, it also got boring because the tone was so neutral. 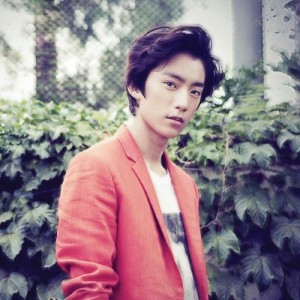 In contrast to the previous track, “You” is the sexy R&B pop song I always like to hear on an album. It features Sunmi and instead of the slow tempo making the song feel flat – like happened with “Drive” – it adds to the seductive undertones. This isn’t a bang and grind club song, though; that’s not what I mean by “sexy.” It is a sweet and romantic sounding song that just happens to have the right amount of bass and free-style vocal runs to take it to the next level of emotions.

Despite its somewhat subdued overall tone, the album Solo Day is still solid. B1A4 continues to evolve musically as they continue to explore the world of composition and lyric writing. Jinyoung is proving to be a very talented musician and I look forward to seeing what he’ll offer us next. Even though there were songs that could have used more energy, or more diversity in the melodies, it is a near-perfect album to accompany anyone’s very relaxed late-summer.