This time around the comeback Ferris wheel, we get a highly anticipated (if not a bit unexpected) comeback form YG’s pretty boy crooner, Big Bang’s Taeyang. With his new album Rise, what he offers may arguably be his most comprehensive album to date and certainly one of the more complete projects from high-profile K-pop acts released in the last six months.

The album starts boldly with the intro, which also happens to be the title track. “RISE” is a declaration: “Throw your hands in the air.” It’s the only all-English track on the album, a statement in and of itself. He wants everyone to get his message, understand how serious he is about making this album one that carries a great deal of weight all over the world.

While “RISE” is a strong opening, the album doesn’t really start in earnest until the next track, lead single “Eyes, Nose, Lips.” The track opens as raw and emotionally open as anything you could ever expect from a ballad. It’s somewhat reminiscent to Junsu’s “11AM” in that aspect—just bare bones composition with aching, beautiful vocals. For the first minute and a half, listeners are gifted with Taeyang’s evocative vocal performance. His voice his actually very delicate and, without sounding trite, very pretty. It’s crystalline, sharp and clear. Coupled with the emotional lyrics, “Eyes, Nose, Lips” is easily one of the album’s best tracks without even trying. “Your eyes, nose, lips, your touch that used to touch me, to the ends of your fingertips. I can still feel you, but like a burnt out flame, burnt and destroyed all of our love it hurts so much, but now I’ll call you a memory.”

Following the heartache of “Eyes, Nose, Lips,” “1AM” is more standard R&B/pop fare. The lyrics follow in theme and intent as the previous song—first missing the one that got away, and now triumphantly starting the process of erasing the lingering effects of the ex’s memory with a night of drinking and dancing with his friends: “I mindlessly chat with them. Get drunk in the music. Holding on to the end of the night as I dance. And when I think of you, it’s 1AM.”

Then as if he’s gone through a relapse, Taeyang implores his missing lover to stay. Featuring best friend G-Dragon, “Stay With Me” is an emotional plea for his lover to disregard the hard times they’re going though and reconsider walking away. “You have the same sad face as me. Won’t you stay with me, come to me. Your lips don’t agree but your eyes tell me you want me. Won’t you stay with me, come to me.” Though G-Dragon is credited as just being featured, he really contributes the lyrics and most of the vocal performance to the collaboration. However, the composition is very similar to the track before, as if the songs were meant to follow a specific storyline.

The similarities in composition for the previous songs obviously point to a musical and lyrical theme throughout the album. The music is very simple—typical dramatic drums and simple piano chords pounding out a foundational cadence. While the composition works for a few tracks interspersed, the album is mostly suffused with it, and after a while the use of this type of instrumental construction becomes redundant. Though the point is to highlight Taeyang’s vocals, which this album does mostly successfully, it forces him to have to try to sing over the largeness of the music. This means he’s more yelling than vocalizing just to be heard. While the heavy use of piano is appreciated, with the surrounding elements, there’s just a bit of impact lost.

Though it’s not totally unexpected, “Body” is actually quite a letdown. Fans of G-Dragon and the “pretty boy swag” cadence of his more recent releases will absolutely love this track. However, as a dance track it’s commonplace, uninteresting. The addition of the female vocal, acting on a bit of borrowed bravado, doesn’t endear the song to me in any way. It does its job on the album, which is breaking up the more sentimental balladry and adding some signature YG faux-gangsta. Other than that, lyrically it’s nothing special, expounding on the physical features of his lady (“Beautiful. Your breast, waist, butt, to your feet. It’s all pretty. Your motions, gestures, look, it’s all dazzling”) and expressing what he wants to do with the body he’s lyrically laid on display (“I got that body. You got that body. Now you and me let’s make somebody”). However, “Body” is just a song acting as a lead-in to the true dance power track on the album.

When it was first released at the end of last year, “Ringa Linga” was hard for me to get into. Perhaps that was more an instantaneous reaction to the incessant use of dubstep and new-age electro that’s saturated K-pop for the last few years. However, in context, “Ringa Linga” is, quite frankly, one of the dopest bangers released in the last couple years. A pure dance track whose sole purpose is to incite an audience, implore it to just go six different types of buck. The song is indicative of the shade and complexion of RISE as a whole—bold sounds that hit hard on a number of levels. It’s placement on the album, right after the disappointing “Body,” was simply plain smart album construction, something that’s often times missing from K-pop albums that offer a mixture of ballads and dance tracks.

“This Ain’t It” is just a gorgeous track, guitars and a more organic folk construction allow for the fullness of Taeyang’s voice to be on display. Though it’s placement after such a powerful track as “Ringa Linga” is an odd one, it makes sense that after such a dance-focused couple of songs, Taeyang would want to slow it down just a bit, trading in the electric crunch of the previous song for the laid-back, acoustic feel of the next. The lyrics continue the trend of the lovesick/heartbroken crooner that is Taeyang’s signature. Songwriting team of Airplay and Jo Sung-hwak use this construct to an advantage, writing lyrics that are heartfelt and work in perfect concert with Taeyang’s genuinely pretty voice. “This Ain’t It” is a love lost story that’s as old as relationships themselves, but lyrics that are no less effective. “I miss you more than I hate you. I long for you more than I’m sad. Is this not it? Is this not it?”

If “This Ain’t It” is the more crooning lament of a troubadour, “Throw Away (Let Go)” is the man’s soul. With a New Jack Swing-cum-gospel element to its composition and a bit of classically elegant balladry interspersed, the track is just beautiful. With Tablo taking the helm as songwriter, the depth and beauty integrated into much of the album reaches a peak of perfection. Again, Taeyang’s vocals are fully on display, not hindered or outshone by the music. Coupled with “This Ain’t It,” these tracks stray from the more prominent power ballad construct used throughout the rest of the album. Steering away from the more prevalent ballad composition helps to keep the album from becoming incredibly one-note. The lyrics are even more powerful, a testament to Tabolo’s songwriting skills and his ability to match his style to Tae’s (almost) seamlessly. “The greed that covered my eyes, the selfishness that filled my hands, I’m letting it all go on my way to you. Throwing out my past.”

The album closes with “Love You to Death,” a track that goes back to the original construct of heavy use of a drum machine, and adds in a buzzing bass line for the song’s foundation. With the added harmonic rap compliments of label mate CL toward the end of the song, its mainstream appeal is almost ensures it will one of the next singles, if for nothing else, for the added presence of 2NE1’s rapper. Lyrically, it’s quite a beautiful track. Taeyang works within the metaphor of a love so addictive it takes over his life and will inevitably kill him, hence the title. “I want to swallow this poison for you. I want to be drunk with you and never wake up. I can’t distance you far away forever. Why can’t you know? Even if I go crazy, if it’s because of you, it’s okay. I want both heaven and hell to be you.”

[youtube https://www.youtube.com/watch?v=oDpo24_AJew] Without a doubt, Taeyang’s RISE is one of the most complete comebacks this year so far. With his signature crooning bad boy façade, some top-notch (albeit a bit redundant) composition, and gorgeous lyricism, it’s most certainly in contention to becoming one of K-pop’s best offerings this year. 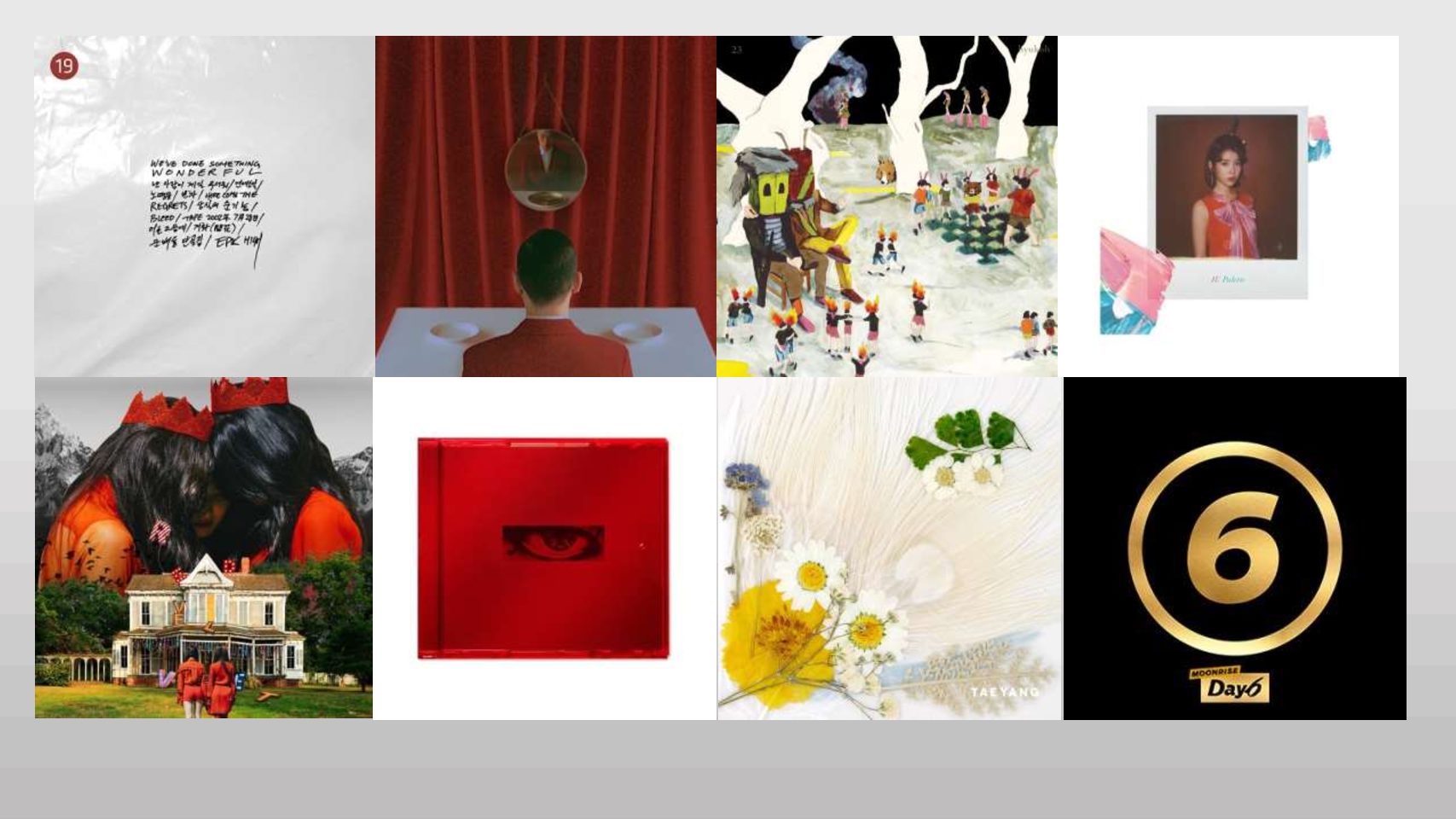