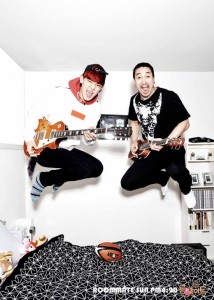 Ah, reality TV. Despite how questionable the “real” in reality is, this genre has experienced long-running popularity in Western media. Shows centering on “family” or “roommate” scenarios are what started the trend of reality shows in the US in the first place and now the Korean show Roommate is working off of these tried and true methods.

SBS’s new program has a lot of the same aspects as the popular American show The Real World, but with celebrities instead of regular people – and hopefully less sex and drugs.

Perhaps this is why Roommate is seeing so much more popularity among the international audience than among the Korean audience. The Western fans are familiar with this format of reality show and it is something our cultures have marketed as “entertaining” since the 1970s when the show An American Family literally followed around a real life family for multiple years. Unfortunately, these poor ratings may have any number of negative effects on the show Roommate including anything from early cancelation to resorting to overly dramatic antics in an attempt to boost ratings. 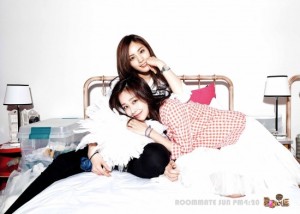 Let’s not worry about ratings until we need to, though, because Roommate is proving to be an above average distraction. This is a show for those of us that can’t seem to make it through a drama episode but love the humor and antics of reality programs.

The episodes are two hours long each and are chock full of enough humor to make you wish they lasted even longer. Never fear! The show is currently scheduled for fifty episodes meaning we’ll all get more than enough entertainment out of it.

As for the show itself, the cast is made up of idols, actors, and other types of celebrities that all have different life experiences. The producers specifically sought out celebrities that have had a wide range of living situations. Whether it be alone, with their parents, or in a dorm, the show focuses on getting them out of their current boxes and into a new box filled with new people. At the end of the day, the show is about human relationships and how different people find a way to bond together.

Concept aside, it is the cast that drew most people to the show. Let’s not delude ourselves, fans love seeing their idols in new situations and the Roommate production crew was probably banking on that when they selected participants. 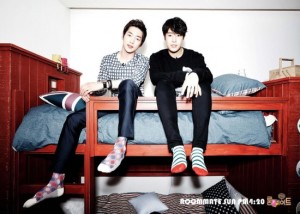 It is honestly heartwarming to watch these eleven very different people meet and get to know each other. They have diverse backgrounds and goals, but all have enough similarities to coexist. Particularly touching is how well the participants that have lived alone for years and years take to having a house-full of people to deal with. Humans are social creatures and even the most reclusive introvert occasionally wants a friend to talk to. The cast still have their own schedules to attend during the day, but now they also have someone to come home to at night. 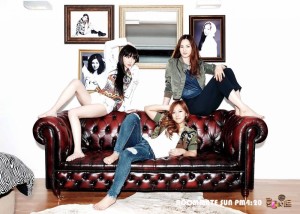 Admittedly, that is a rose-tinted impression of the show which isn’t entirely accurate. Unfortunately, the producers still felt the need to mar the family atmosphere in the name of “entertainment.” They added a clause to the show saying that if any “real” romantic couples were formed among the roommates that the couple would be given an overseas vacation together.

That is just flat out manipulation; it’s nothing more than a poorly disguised attempt to start scandals.

For those viewers hoping for a reality show without unnecessary tricks and motivations, too bad. It is hard to say how the cast would act if they didn’t have such a big bribe hanging over their heads. Romantic relationships have certainly been a focal point of the show in the first four episodes, but it is impossible to say if that is only because of the couple prize. There are many men and woman of a similar age living in the same house so it seems inevitable that some crushes would form, however we won’t ever know which ones are sincere because the show had to go and spoil that by making it a contest. 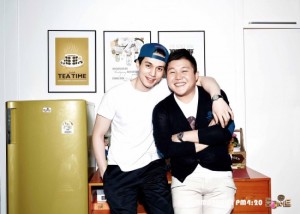 Despite the disappointment in the romantic goal, the show is still worth watching. It shows a side of a lot of celebrities we don’t get to see otherwise.

You might not have realized a shopping date between a martial artist and a flower boy was something you needed in your life, but I promise you it is. And who doesn’t want to see Chanyeol playing his self-composed tracks for a huge sunbae? Roommate is full of surprises including, but not limited to, Frozen song covers, tarot readings, carpentry, and late night pranks.

Sure, everything in this reality show may not be “real” but that is what we have to accept everyday as K-pop fans. Seeing some of the genuine human interactions between the cast members on Roommate makes the show more than worth watching. If you enjoy this genre of reality show you are guaranteed to get hours of laughter and smiles from this program. Plus, idol bedhead and barefaces — need I say more?