Playing on the Phone with Park Si-hwan, Through "I Just Loved You" 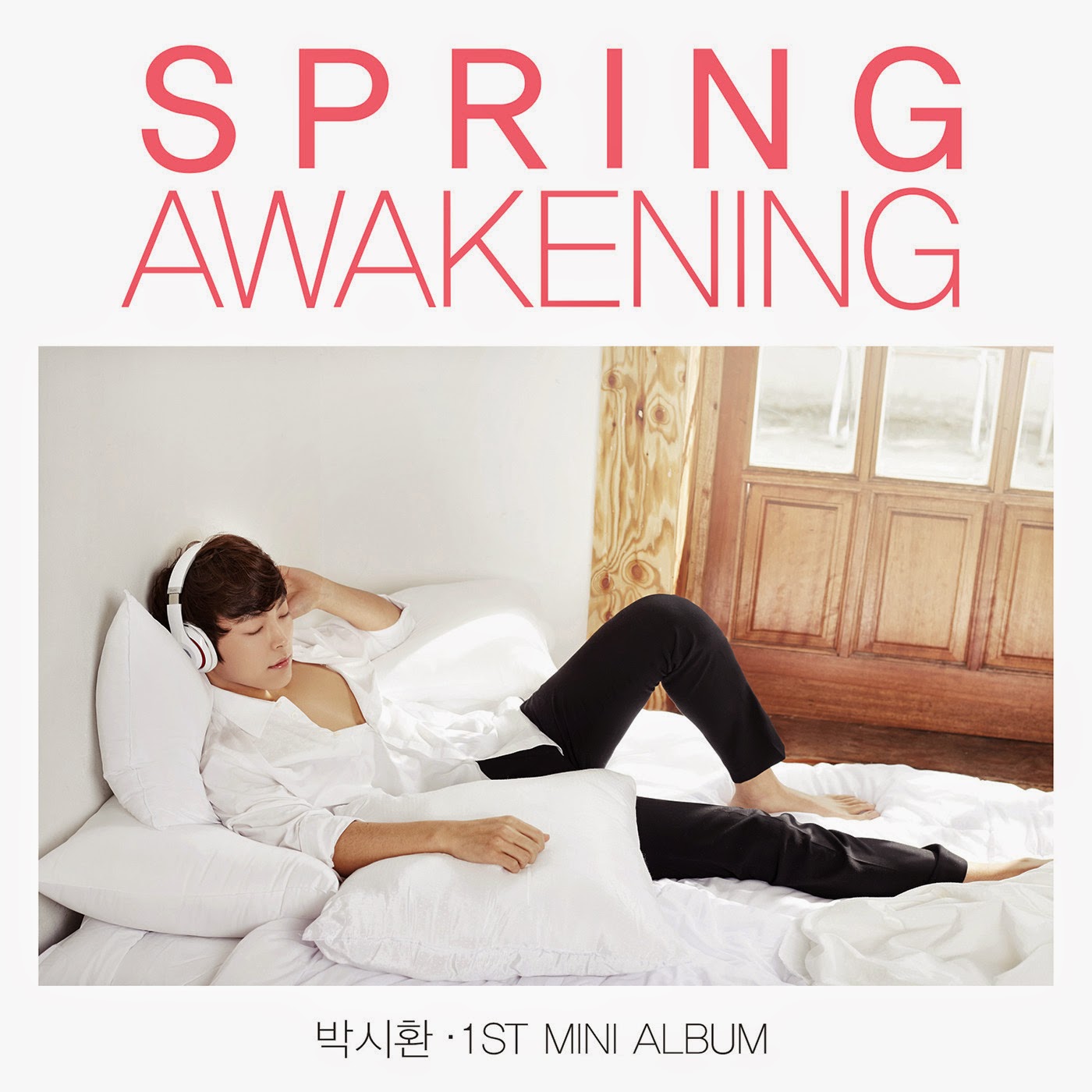 Loyal audiences of Superstar K5 endured a five-month-long wait to see one of the show’s contestants enter the music scene with their official activities. Out of the top ten in the competition, runner-up Park Si-hwan became the one to end the wait.

While the album was released on April 14th, “I Just Loved You” came out a few days prior on April 10th. The track’s chorus borrows a famous line from deceased singer Kim Kwang-suk‘s “I Loved You But…” to complete its sorrowful theme in thinking back to a past love. Its composer, who was also a close friend of Kim Kwang-suk, granted permission for the original song to be sampled for the first time.

The pop-rock ballad starts off with a lovely acoustic guitar and bursts forth with energy later on, adding a complimentary background to Park Si-hwan’s powerful voice. Despite the beautiful sound, however, the song doesn’t stand out much on its own. I might add a few points if it were included as a filler track, but this is a title track we’re looking at.

The MV, therefore, surprised me. With a relatively fresh concept, “I Just Loved You” showcases three smartphones using their screens to tell a romantic story. There seems to be a narrator, who is present in the form of a pair of hands, acting as the puppeteer navigating the story through positioning and repositioning the phones.

During the bridge of the song, the phones disappear for a few seconds (perhaps to go for a charge?) and we’re left with a stop-motion sequence with photos printed on sheets of paper. This section of “I Just Loved You” is also noticeably softer in volume, with Park Si-hwan’s voice reduced to a mere whisper. The quiet aura of the stop-motion matches the melody to create a transition for the story. Coincidentally, the girl does not appear again for the rest of the MV.

The movement of the smartphones creates parallel worlds in which each half of the main couple lives in, showing what the ex-lovers yearn for, as well as the reality they must learn to accept. The clever variety of compositions allows the three screens to depict one continuous scene, segments of the same scene, or three separate ones. Wardrobe and set changes are also done effortlessly, and a few sketches of the original background environments are scattered throughout the MV, providing an artistic break from the plain white table the phones are pushed around on. 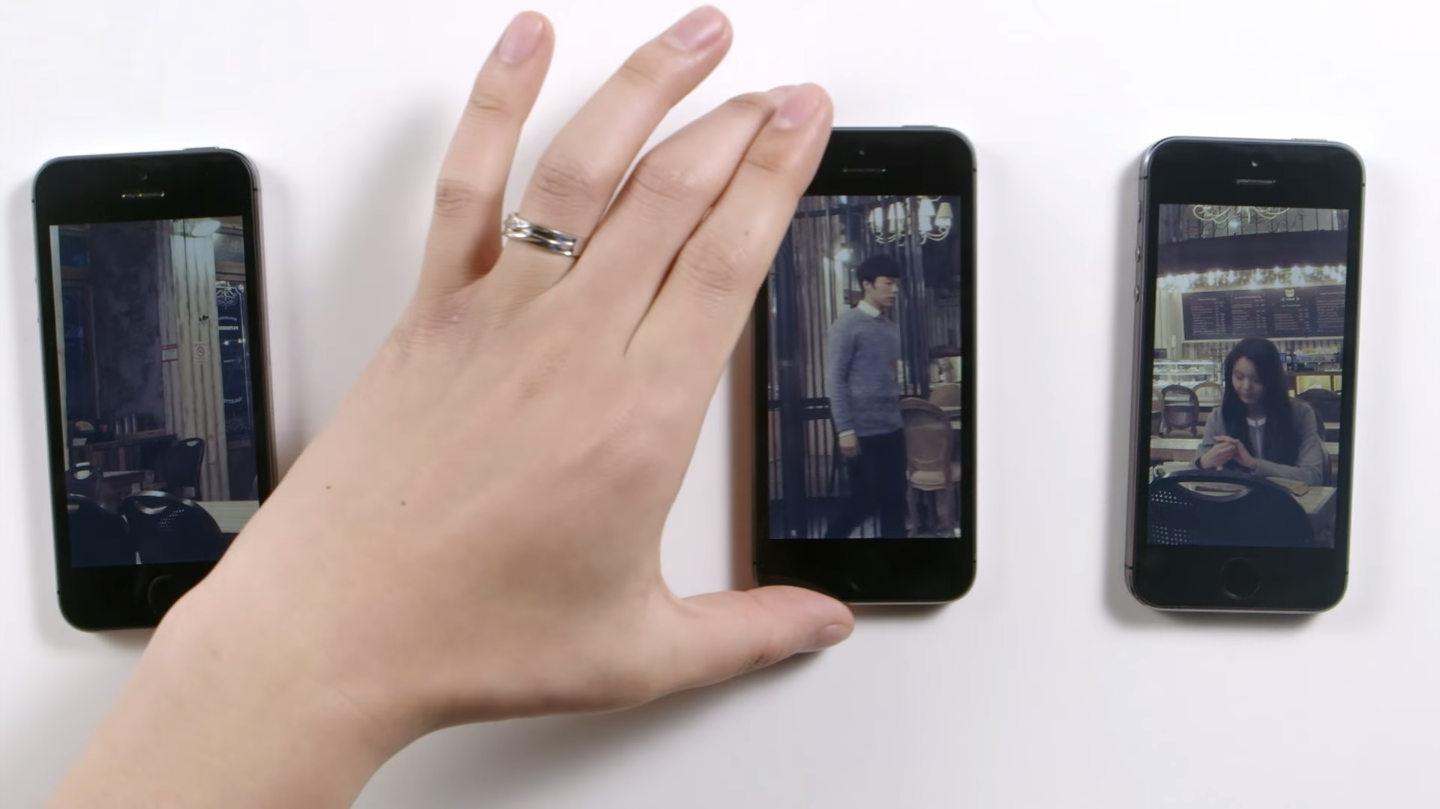 One of my favorite parts of the MV begins around the 2:18 mark. Park Si-hwan is sitting at the same café with his past love, and he eventually walks over to her as a hand moves the phone on which he appears, creating a panning effect. As he approaches, the girl looks up, and it seems as if they’ve made eye contact. However, just as he reaches out for her, the hand switches out the phone with the girl for another one, leaving us with only an empty seat left.

Starting from the first frame of the MV, a certain accessory on the pair of hands is also quite prominent. However, because the skin of the hands looks so soft and smooth, it’s difficult to tell at first glance (for me, at least) whether they belong to a man or woman. The possibility of the hands belonging to the girl is then destroyed around the 1:25 mark when a screen shows her inspecting the ring on her finger — hers appears as one thin loop while the narrator’s is thicker with two layers in the front. Nevertheless, it’s not until the bridge that we can confirm that Park Si-hwan — or his character — is actually the narrator.

During the stop-motion sequence, he’s shown looking out the windows of the café, inspecting the girl’s ring. At the same time, we get a glimpse of the ring on his finger, which seems to match the one on the narrator’s. The beginning of the MV actually has a quick scene of Park Si-hwan inspecting his ring too, but it’s wide shot, making it impossible to connect the act to anything else until later.

“I Just Loved You” concludes with a scene of rain beginning to fall, directly complimenting the lyrics near the end of the song:

The sound of the rain outside the window gets quieter
Memories scatter in this place like broken pieces
I still want you, I still, just you, you

After the song ends, an epilogue shows the narrator taking off the ring and leaving it on the table. Combined with the rain washing out memories, the last scene symbolizes the main character’s willingness to let go of the past and move on.

Park Si-hwan reached the finals of Superstar K5 because of his talent, which unfortunately is not completely shown through “I Just Loved You.” Nevertheless, his potential can still be observed, and the MV makes up for much of the song’s shortcomings. The casual yet technical scenes on the phones are unusual and fun, and the plot is surprisingly — and satisfyingly — resolved at the end.

What are your thoughts on this? Tell us below.