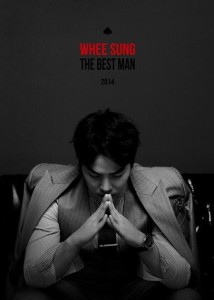 It’s clear at the get-go that the MV for “Night and Day” will be able to garner high online viewerships, and this is likely to be attributed to its idol castings. Conversely, the projected popularity of this video will likely have nothing to do with Wheesung, the singer himself — at least not with the younger K-pop crowd, as they may be unfamiliar with the veteran R&B  singer, who marks his comeback with this song.

In many other instances, the aforementioned response would be annoying and possibly discouraged — it would take the focus away from the artist — but in this case, I’m all for the music and video receiving as much exposure as they can get. Not only is “Night and Day” an incredibly moving song musically, it also has an emotionally poignant MV. MV leads C.A.P (of Teen Top) and Yura (of Girl’s Day) may bring the viewers in initially, but the quality of this comeback will keep them coming back.

The story in “Night and Day” is left slightly ambiguous. Conjecturing from the lyrics, we can guess that a couple are concluding their coffee date, when the young man suddenly imagines what it would be like to lose his girlfriend forever. Perhaps, he’s reflecting on a past fight in which he resolved by chasing after her. He wonders to himself, “what if I hadn’t chased after her?” The alternate reality is too much to beae, so he hugs her in an effort to show her how much he cares.

This MV is a serious case of “what to rave about first.” There isn’t much that I don’t like about it, and there is a lot that I absolute love. Let’s start with the groundwork: the camera work is gorgeous. The shifts in lighting in the dance sequences, the slight blurring of movement in the time-warp scenes, and the capture of subtle emotions on the actors’ faces, all help to create an MV with a clean, yet stylistic visual feel. 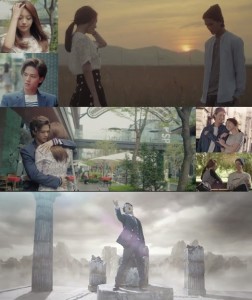 The team of dancers — I don’t want to call them back-up dancers because they are just as much a part of the MV as the actors – execute a beautifully choreographed piece with feeling and finesse. I would kill to see a dance version of this MV because it is clear that the dance was planned specifically to compliment the story of the song as well as the ups and downs of the melody. The way the dancers contort and jerk their bodies along with the staccato notes of the song is a refreshing change from the usual stale pop-song choreography.

As for the actors, they do a surprisingly good job of conveying subtle emotions without any dialog. I admit to having mixed feelings about C.A.P as a person, but his performance in this MV really wins me over, character-wise. He’s the naturally stoic-looking type, which really works for the serious tone of the MV.

Yura responds quite believably to C.A.P — as her boyfriend, of course — and she looks quite lovely while she’s at it. My biggest complaint for the drama scenes is the dirt-road set. Who in the world breaks up in the middle of nowhere without a building or transportation in sight? Luckily, this scene can simply be considered as part of C.A.P’s imagination, thus excusing the lack of realism. 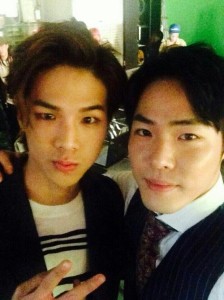 It is difficult to pull off an MV broken in to different types of scenes like this, and yet “Night and Day” remains somewhat coherent and smooth in its transitions. The passion and drama of the dance sequences speaks to the melody of the song, and the dipping and soaring of Wheesung’s voice during the drama scenes convey the deeper meanings behind the lyrics. The epic tone of the song does go a long way in making the composition work; a song with lesser impact would’ve simply fallen flat even with the same choreography and story.

As much as I love rookie groups, it is refreshing to see a veteran of the industry sweep in and slay with a gorgeous song and MV. “Night and Day” isn’t gimmicky and it isn’t overdone. Although everything about the MV was dramatic, it was delivered in a theatrical, non-cheesy way. Wheesung did an excellent job with this release, as did C.A.P and Yura, who have added a youthful energy to the love story. This one will be on my MV playlist for a while. Overall rating: 4.5/5

How did you find it? Let us know in the comments section below!