"Make Your Move" Is Better Than Expected 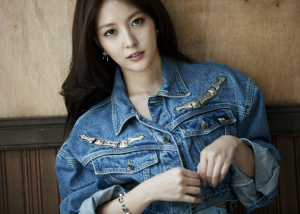 Some films are straight-out good, like Dirty Dancing. Others, like Step Up, are good for their genre. And then others, such as Grease 2, are so god-awful that it takes a special kind of crazy to find them ‘not utterly horrible’, let alone like them. Sadly, BoA‘s film debut, Make Your Move, has already been condemned to the third category, by k-pop fans and non-fans alike. But does it deserve to be there? Maybe.

The film starts off rather poorly, as we meet Donny (Derek Hough) tap-dancing on a corner of Bourbon Street, New Orleans. Through rapid, clunky exposition, it’s explained that Donny is on parole, with only 6 months left. Despite this, Donny decides to skip town and head to New York City to dance in his foster brother Nicks’ club, where he meets Aya (BoA), the sister of Nicks’ former business partner. From there, Make Your Move becomes Romeo and Juliet, only with more dancing and less dying. And yes, it’s bad. It’s very bad. It’s someone-uses-beer-cans-as-tap-shoes-bad. But it’s not completely without redemption, especially for a dance flick.

Aya is one of the better lead women in dance flicks. She’s intelligent, independent, and even runs her own tap-taiko dance crew. She’s also the only person smart enough to realize taking investment money from a world-class sleaze is a bad idea. BoA does a decent job, easily giving one of the best performances of the film, after Will Yun Lee as Kaz, Aya’s brother. She emotes, she has conviction, and she sells her performance. BoA won’t be winning an Oscar, but she’s not bad by any means.

The dancing is better than not bad– it’s pretty awesome, actually, and this is coming from someone who danced for twelve years. Make Your Move doesn’t just use one style of dance; instead tap, jazz, ballroom and contemporary all bleed into each other, creating memorable scenes and routines. How many times has tap-taiko fusion ever been seen? Not to mention, BoA and Derek Hough have an intense chemistry when dancing that, combined with their experience, makes for some truly breathtaking moments. 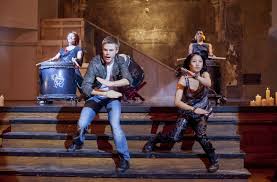 While there are good elements, the film as a whole is rather lazy. The plot is nothing but a cliché filled with stereotypes. It’s already off to a bad start, being a Romeo and Juliet knock-off. The major characters are Troubled Bad Boy With A Heart, Free Spirit, Rich Sleazy Bastard, Overprotective Brother, and Toxic Childhood Friend. Honestly, they could’ve just left the characters named thusly, because no one ever moves past their stereotype. Even when trying to make the characters unique, it’s either more clichés or very badly researched. Derek and Nick are from New Orleans, so we get an obligatory Who Dat? and name-drop of beignets– though points are given for it not being Mardis Gras. Aya and Kaz are ethnically Korean, but are from Japan and speak both languages. Yet Aya identifies as Japanese, in spite of  ethnic Koreans living in Japan being treated as second-class.

Even the dancing, as good as it is, has a serious Achilles heel: Neither BoA nor Derek Hough are tap-dancers, and it shows. They look much more at ease doing anything else, despite tap being Aya and Donny’s  supposed forte. Also, Donny improvises tap shoes by smashing beer cans and attaching them to his shoes with electrical tape. Yes, Beer Can Tap Shoes. There are not enough words in the world to detail how wrong that whole concept is. However, it is a perfect example of the film’s most glaring problem– it doesn’t understand it’s subject.

Make Your Move is not about a love story, or personal growth. It’s about dance. What other dance flicks do right– even horrible one like Dirty Dancing: Havana Nights— is show how much work goes into dance, and how the payoff of three minutes of utter freedom is worth it. Make Your Move never shows the work, and leaves the dance scenes, amazing as they are, feeling empty because of it. Derek Hough and BoA’s duets suffer the most, because, once again, Make Your Move doesn’t get why they’re in dance flicks. It’s not just to show off. The point of them is to show the two leads getting closer, learning to communicate, forming a bond, and eventually, trusting someone enough to let them be the only thing between you and severe injuries, something best seen in Dirty Dancing. 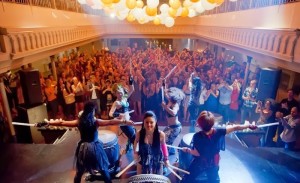 Here, Donny and Aya meet and perform a flawless duet instantly. And they. Keep. Doing. It. They never practice together, they never even talk about their styles, but they can synchronize perfectly and never miss a step. It’s particularly glaring because most of their courtship is done through dance. Overall, this isn’t a bad thing, if only because Derek Hough can actually emote when dances, but it’s still incredibly frustrating. ­Make Your Move even has issues with the small things about dance. For example, tap isn’t about looking flashy as much as it’s about producing crisp, clear sounds. When Donny mikes a stage to ensure his sounds are heard, everyone acts like it’s a revolutionary idea. In reality, that practice goes back to before tap-dancing had taps. Also, beer cans wouldn’t sound like taps, they’d sound like sharp metal edges scratching an innocent counter.

Is Make Your Move a good movie? Jesus, no. Is it a good dance movie? That’s a bit harder. There are better ones, but there are also worse. I wouldn’t go see in theaters, but it might be worth renting some night when you don’t want to think too hard. If anything, Make Your Move is prime guilty pleasure material. Your thoughts, Seoulbeats readers?