K-pop is replete with idol girl groups that generally fall into two categories: sexy or cute. With a few outliers such as 2NE1, SPICA, and Girls’ Generation; most of the time, there’s very little variety. From the concepts and outfits, to appearance and age, K-pop exhibits great homogeneity.

What could have been a moment for “ahjummas” to show that marriage and age mean nothing in regards to a female idol group, has turned into a disappointment. When it was announced that a new group consisting of married women, Girl Hood, would debut, there was a brief ray of hope. Finally, older women showing that you don’t have to be 20 years old and single to be part of an idol group. They hadn’t given up their idol dreams and were supposed to inspire older women to keep working on achieving their dreams.

A few of us bought into the gimmick until more information came out. Think of the perception of “ahjummas:” 40-ish, curly hair, showing signs of the wear and tear of motherhood. Girl Hood was definitely not that image. Fine, that’s just a little hiccup in the gimmick, but understandable. K-pop is so intertwined with image that any group who looked like the typical ahjumma wouldn’t even be taken seriously. Also, not all ahjummas look the same, so the juxtaposition of imagery is easier to look over.

However, with the average age being 34 – about the same age as three members of Brown Eyed Girls – it is a bit far-fetched to think these ladiess are representative of ahjummas. Most people would say that makes them young, especially those K-pop fans who are the same age. Also, Park Bom and Dara of 2NE1 are 30 and are far from being ahjummas. The true “hold-the-phone” moment came when it was revealed that the members had won beauty contests, and one was even a former model. Are we really supposed to believe these ladies are really ahjummas? While it’s not just about age, and also about the marriage part, it’s still hard to swallow.

When it comes to talented older “idol” groups, we already have Brown Eyed Girls, who are called “adult-dols.” Essentially, they’ve lost their idol status due to the age of three members and their song material. They are the group who proves that age does not cripple the success of a group. However, they aren’t married so that element is still missing. That’s where Girl Hood was supposed to come into play.

SC Entertainment really oversold Girl Hood. I was expecting a mature, talented group of women to perform a mature sounding song. That did not happen. Instead, we got lackluster, immature voices (except the one lady in the chorus), with awkward dancing. The song was supposed to be a love song for their husbands, but came off as the typical cutesy love songs we can get anywhere. On the other side of the road, a project group called The Unnies actually came out with a grown sound in the style of trot. While trot wasn’t expected, there was the expectation that Girl Hood would at least sound like powerful women.

But, this isn’t a review for their song, as much as commentary on what could have been and what should be.

Maybe Girl Hood’s lack of attention-grabbing talent will be a blessing for them. It will probably help dissipate the amounts of sexist negativity that was sure to come their way. If even grown, single women in their 20s can’t be sexy, then there’s little doubt married women wouldn’t get a pass. Aren’t they supposed to save that for their husbands and be at home making sandwiches? I mean, all attractiveness and desire to perform are supposed to end at marriage and children, right? 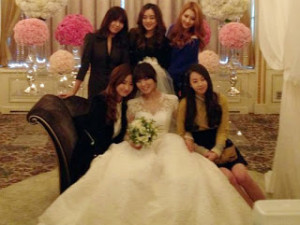 This rhetoric is brought out anytime a female idol has a dating rumor. Granted, it’s mostly trolls, but comments about these ladies no longer being desirable, pure, or “good” are passed around like candy. It is almost as if women have an expiration date once they are in a relationship. People begin to start the countdown for the demise of groups.

Heaven forbid when a child is introduced. Wonder Girls’ Sunye received backlash when she announced her engagement. Now that she is a mother, Wonder Girls as a group has been pretty much written off. Sohee leaving JYP Entertainment, of course, made that speculation even worse. There is a belief that once you enter the family stage, you are no longer usable. Understandably, your family is going to come first, as it should, but it doesn’t mean the end of a career. Doctors have families and still work constantly, right? While the idol life can be more hectic, there’s still time and some gas left in the tank.

It is not just the age and image that needs progression within idol female groups. The female idol industry is in need of a mature and soulful injection from groups, and not just idols. While there are soloists like Gummy, Lyn, and Lena Park, soulful groups are few and far between. Big Mama is the representative group for powerful and expressive vocals. No gimmicks, no concerns for image; just singing. K-pop needs more Big Mamas, but sadly, they don’t sell as well as the A-Pinks and SISTARs of the industry. While SPICA could one day become representative of the genre; right now, the soulful injection is not happening.

Girl Hood was supposed to fill the voids in K-pop and failed. Even their name shows that they haven’t truly embraced their womanhood. Hopefully, we’ll get another group taking a shot at the “ahjumma” demographic and actually do it successfully. 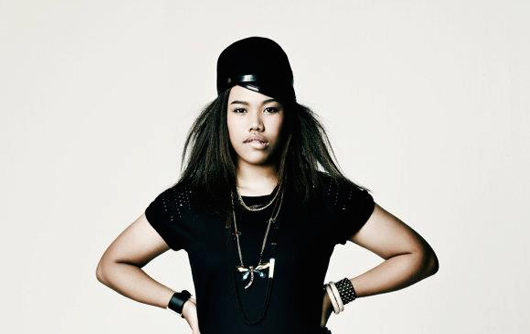 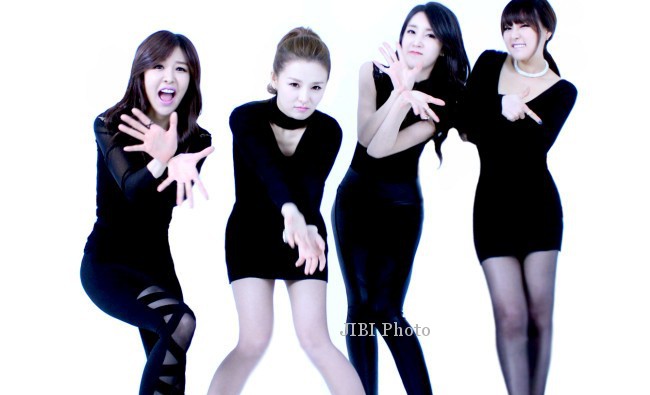 Open Your Mind With Girl Hood