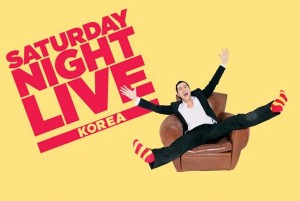 Saturday Night Live Korea‘s recent skit about a Korean adoptee named Jason Doo-yeong Anderson reuniting with his birthmother has resulted in much uproar from the Korean adoptee community. In the skit, the adoptee speaks in alternately rude, broken, proper, and unintelligible Korean to his birthmother, insults her for being poor and “abandoning” him, implies she is an alcoholic, and fails to do taekwondo.

The full translation and a response from TRACK, or Truth and Reconciliation for the Adoption Community of Korea, is available here.

As someone transnationally adopted from East Asia, but not from Korea, I still felt angry and uncomfortable watching this skit play out. Many others have enumerated why this offends so many adoptees, but this is also a great opportunity to talk about the two apologies given thus far and how humor intersects–or fails to intersect–with progressive social commentary.

As a starting point, here is the first and more problematic apology from one company involved:

A spokeswoman for CJ E&M Corp., which owns the local network that broadcasts SNL Korea, said the company regrets any offense caused by the skit.“Satire can tackle darker social issues, too. The message was to bring out remorse about the painful past and reality,” the spokeswoman quoted the producers as saying.

This is an idol-level apology that essentially admits zero wrongdoing by SNL Korea and feints around the actual content of the skit by making generalized statements about the nature of humor. Let’s first tackle the defense of satire, which will reveal that though satire has every right to reference “dark” or actual social issues, the skit in question is actually not a satire or a parody at all.

There’s no denying the social potential of comedy. Parody and satire, in particular, use imitative humor to poke fun at the original subject, which is often a celebrity, an oppressive structure, or a media object. However, good satire will nearly always attack a structure or a thing whose purpose is to oppress, to silence, or to harm. Good satire attacks  dominant structures of power, injustice, and the groups that often maintain it; satire at its best will attack white privilege, patriarchy, heteronormativity, or cissexism, for example, rather than already marginalized groups. 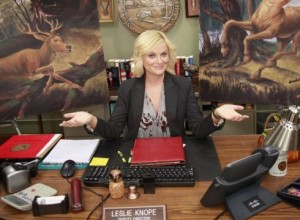 Think Amy Poehler‘s hilarious takedown of stereotypes about women on season 2 of Parks and Rec, where her character Leslie Knope, a competent government official, decides to parody the exaggerated behavior that one of her colleagues attributes to women. One particularly hilarious exclamation is the sardonic “This would not happen if I had a penis!” Her sarcastic delivery clearly emphasizes the ridiculousness and misogyny of saying women are less competent than men. Watching, we laugh at how dumb someone would be to actually believe these stupid female stereotypes. It attacks misogynists. It also questions the dominant ways that women are viewed in society as less competent, overly emotional and dumb.

This is not the way humor is practiced in the SNL skit. Who exactly is it supposed to be making fun of? From the beginning, it’s clear that the skit will be mocking Jason and his birthmother. At the airport, upon seeing his birthmother, he emotionally says “Mom?” in English. Cue the first instance of the laugh track, even though no joke was told. Apparently, an adoptee greeting his mother is equivalent to a punchline, according to SNL.

The in-studio audience/laugh track continues to produce laughter when Jason consistently fails to speak anything near coherent or polite Korean–when the language barrier is an actual  well-documented source of fear that many transnational or transracial adoptees have about meeting their birthparents and returning to their countries of birth. It’s incredibly insensitive, especially considering that most transnational adoptees had no choice but to grow up outside our birth countries, and if we had grown up in these countries, we would most likely speak the native language. The way Jason switches between sudden perfect Korean to broken Korean to just gibberish is also not the way that foreign language learning works in real life, so the SNL skit just uses his voice to make him say various offensive things. Basically, the laugh track kicks in because the adoptee is depicted as too stupid to learn anything resembling good Korean.

Koreans living abroad, foreign-born or later-generational Koreans, or Koreans who otherwise do not speak fluent Korean also often face ostracization and alienation when returning to Korea on account of the language barrier. Rather than just a question of whether bad accents are funny (hint: they’re usually not), it’s what the skit brings up for many adoptees and non-resident Koreans, or other individuals who may feel legitimately hurt by the skit despite not being within one of the aforementioned groups.

The Korean adoptee also tries to proudly do taekwondo, complete with nonsensical shouts of “Tae! Kwon! Do!” The audience laughs at his pathetic attempts to clumsily, ineptly perform–when he has clearly tried to do this in an attempt to connect with the home country that was never available to him prior to now. Again the punchline is that Jason is too stupid, too inept, and not Korean enough to perform.

The skit is also offensive to Korean mothers of adoptees. Korean unwed mothers, a group that intersects with Korean birthmothers of adoptees, are a highly ostracized and marginalized group in Korea, and yet SNL decided it was a good idea to repeat damaging stereotypes about them–with no hint of criticism. So when the skit forces the adoptee to vilify his mother by flippantly saying to her, “You will be punished because you abandoned your baby,” it’s a particularly disgusting moment. This is a statement with a lot of history behind it, including the Korean government literally claiming unwed mothers have “open and impulsive sexual values” and are similar to “criminals.” The SNL apology is also worded ambiguously and seems to be more for adoptees than birthmothers who themselves are stereotyped as alcoholic, incompetent, uncaring people. 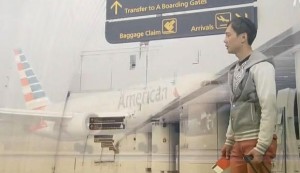 Korean adoptees and their birthmothers are already marginalized groups, so to make fun of them rather than the dominant groups that invalidate them is a bad ethical and bad satiric move. Unlike the Parks and Rec skit that attacks misogynists, the SNL actors deliver each stereotypical line with sincerity rather than sarcasm. The laugh track is used pretty much every time the adoptee speaks, suggesting his presence in Korea is akin to a joke.

Depressingly, I’ve seen the counter-argument “it’s funny because it’s true.” Except we’ve already seen that many aspects are incredibly untrue: birthmothers aren’t alcoholic degenerates, a Korean language learner wouldn’t drastically switch between full fluency and nonsense words, and I’m not sure how anyone could misunderstand taekwondo to be all about shouting “Tae! Kwon! Do!” It’s true to the stereotype of Korean adoptees that people are familiar with, not true to real life.

I have also heard defenses that SNL Korea’s skit must be interpreted only within the cultural context of Korea. In general, I think it’s a good thing to explore how different texts can have different meanings in different cultural contexts. But this does not invalidate the reactions that other audiences may feel, nor does it excuse SNL Korea for their lack of easily available knowledge. What’s more, transnational adoption is an issue that is fundamentally local, national, and global by its very definition; heck, SNL even said that they “planned this corner to explore the social interest in Korean adoptees overseas” in their recent apology. In this case, the lack of care is palpable and inexcusable.

Like most apologies from people in the media industry, it’s hollow. True apologies will detail why the offense was wrong, demonstrating the possession of new knowledge that will prevent incidents from happening in the future. Rather than what amounts to “we won’t do it again,” I’d prefer to hear a description of the new knowledge that was acquired.

Ultimately, if the message of the skit was “to bring out remorse about the painful past and reality” of Korean adoption (which is probably not true–this is SNL), then the message was not encoded for proper delivery. Rather than critiquing stereotypes, the skit just lays them out on a table and asks the audience to laugh along with the laugh track. The end product is something that doesn’t work as a parody or satire. Instead it’s a hyper-exaggeration of every negative stereotype about unwed mothers and adoptees all rolled into one offensive skit.

With satire, we always have to ask the questions, “Who is laughing? Why are they laughing?” Humor is allowed to be offensive–it’s a question of who it’s attacking and whether it’s offending the correct people. Sometimes this distinction is a contentious subject of debate. In this case, the line is clear.