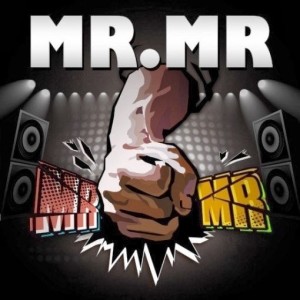 But did you know that?

Granted, we’ve heard more buzz about boy group MR.MR lately than we normally do. This was the result of the recent scandal between member Hon and a transgender acquaintance from his past who aired personal grievances with him publicly on a social networking site. The incident ended with bad feelings, a host of accusations, and Hon’s resignation from the group.

The release of the new single comes within days of the “resolution” of that scandal. Since LGBT issues are still hot-button topics in Korean culture, one would expect a group to avoid excess publicity after such controversy, but the digital release of  MR.MR’s “Mr.Mr.” immediately followed on February 28, the same date as the album release of Girl’s Generation’s Mr.Mr.

At this point, we cannot call it a coincidence: MR.MR’s management was quick to confirm netizen suspicions that the song was in retaliation for the girl group’s use of an active band’s name as their title song. With the following lyrics, the sentiment was easy to piece together:

Am I a loser and are you a winner?
We’re going the same path
I must have looked small from your high perch
Is that why you did that to me?

The song references a hierarchy within the K-pop world that’s hard to ignore. Girl’s Generation is the nation’s girl group, while MR.MR is a 2-year old boy group that has yet to capture the public’s full attention. If this track wasn’t released, Girl’s Generation surely would have proceeded with their comeback promotions with marginal commentary on the use of the name. And even there is commentary now, it still won’t have much effect on the promotions of Girl’s Generation’s “Mr.Mr.”

In fact, MR.MR’s power play has actually received backlash from netizens, many who have alleged they should not be so upset because they are a nugu group – a term used to describe rookies that are not known to the public. There have also been claims that the group attempted to capitalize on Girl’s Generation’s publicity by releasing the “diss track,” although the song really only reads as an airing of grievances rather than a verbal attack. 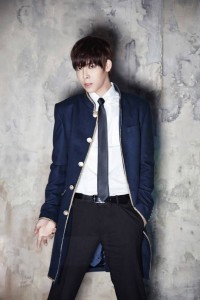 The publicity argument carries weight. We may have had a taste of diss tracks in the Korean hip-hop scene after Kendrick Lamar’s “Control” verse, but it’s not typical in the K-pop world. For any company to endorse a song with blatantly confrontational lyrics toward another group goes against the norms of an industry that demands respect between groups and companies, especially when interactions are between junior and senior groups. A retaliatory song is not exactly the appropriate forum for the “dispute.”

MR.MR’s representatives called Girl’s Generation’s actions a “violation of ethics,” but why didn’t we see this outrage when Girl’s Day and TVXQ had simultaneous comebacks with songs titled “Something?” The “Something” vs. “Something” incident this year would have warranted this type of reaction, but it didn’t. What if SM Entertainment, while admittedly acting in poor taste, really wasn’t aware of MR.MR’s existence? Would that mean that the nugu argument holds weight or does it confirm MR.MR’s claims that the rigid hierarchies of the K-pop industry don’t allow for less popular junior groups to be respected?

It is unlikely that the members of MR.MR had much control over the choice to record and release “Mr.Mr” and brand it as a “diss track.” The boy group’s representatives have spoken for them over the course of the debacle, much like it had during the dispute between Hon and his acquaintance until he announced that he made the “personal decision” to leave his group. 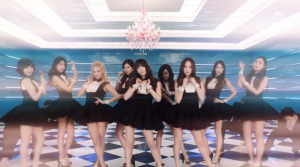 It’s not difficult to draw the conclusion that MR.MR’s superiors thought the best way to distract the public from Hon’s controversy was to remove him from the group and utilize the connection to Girl’s Generation to wage a group to group battle to divert attention.

The only problem is, with Girl’s Generation’s more publicized match-up with 2NE1 this comeback season, the plan doesn’t seem as effective in practice as it may have appeared on paper.

It’s also deceptive for MR.MR’s representatives to frame the dispute as a MR.MR vs. Girl’s Generation battle, since it was management on both sides that made the decisions that led the groups to this point. For executives to use both groups into a controversy that may have been based on something wholly coincidental, feels disingenuous.

Neither group is speaking up about the controversy, and with the unimaginable number of existing K-pop groups (both well known and nugu), it’s easy to see how this coincidence could spring up.

This conflict may be a testament to why K-pop companies shouldn’t use their groups as scapegoats for controversies. There are better ways to gain publicity, and impulsive tactics used to bury controversies backfire as often as they succeed. In any case, this is a definitely a case of companies behaving badly more than anything else, but the hierarchy-related issues that the “Mr.Mr” controversy stirs up are worthy of consideration and shouldn’t be written off.

What do you have to say about MR.MR’s recent controversies? Do you think the “diss song” is justified and do you think it’s possible that MR.MR’s management had more strategic intentions with its release?