Come Out to Play at "Speed Circus" 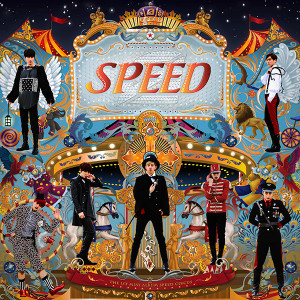 Currently, the only male group under Core Contents Media, SPEED has returned with their first mini album Speed Circus. The group originally debuted in early 2012 with a tribute to label-mate T-ara‘s “Lovey Dovey,” then underwent some member changes, and released their first studio album a year ago. Unfortunately, the title songs from that album failed to leave a mark on most K-pop listeners, with the drama MVs overshadowing the members’ presences.

Because of their relatively new status in the K-pop industry, SPEED is arguably most known for 1) being a collection of male members from the former Co-Ed School (although only three of the original members remain), and 2) having a leader who’s the older brother of Block B‘s leader Zico. Perhaps talent runs in the family, since all the tracks on Speed Circus boast the participation of leader Taewoon. In addition to showcasing his skills as a writer, composer, and producer, the mini-album also includes input from the other members of SPEED in terms of music, choreography, style, and concept.

The mini opens with “Why I’m Not,” a hip-hop ballad that has many surprises in store for listeners. Beginning with the intro’s complicated infusion of strings and drums, you get the sense that this is not your average K-pop track. But of course, just two lines into the song, a dominating rap sequence breaks out, leaving me slightly confused. The pre-chorus then returns to a softer mix of vocals, with notes very reminiscent of the pre-chorus in B.A.P‘s “Power.”

Although I would have had a hard time associating a mid-tempo song with a circus theme, the chorus of “Why I’m Not” destroys my doubts. The short string sequence in the background stands out amid the strong vocals to add an almost sinister element to the song. Then, as the track progresses and I’m wondering whether the group (and the song) are overly dependent on the rappers, a lovely high note pierces through around the 2:56 mark to, once again, surprise me. My only disappointment with this song was its abrupt ending. But then again, “Why I’m Not” is full of unexpected turns already.

Overall, I couldn’t have asked for a better first track. “Why I’m Not” invites listeners to enter SPEED’s circus, at the same time warning you that it may not all be fun and games inside. At this point, we haven’t fully arrived at the circus yet; we’re merely being introduced to the troupe.

Although SPEED seems to be trying out YG artists’ trend of promoting multiple title tracks from the same album (which thankfully gives us more MVs), they’re currently focused just on promoting “Don’t Tease Me,” the second song on Speed Circus.

To me, this track is like the love child of Block B’s “Nillili Mambo” and BtoB‘s “Wow.” Again, the reoccurrence of violins, cellos, and other strings surpasses their usual appearances in a K-pop song. The fast tempo offers a playful tone, as if the fun has just begun and the circus is now officially open. The SPEED members seem to have picked themselves up from the bad breakup described in “Why I’m Not” to go into full entertainment mode — but mostly for themselves. The lyrics reveal that the boys are speaking directly to the girl from their past, and their brilliant plan is to continually tease and annoy her, which they announce over a dozen times throughout the song. 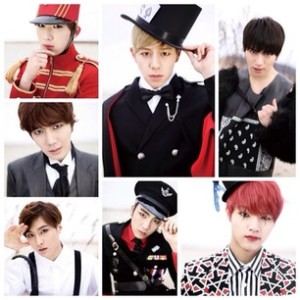 “Don’t Tease Me” is the only track arranged with the help of Shinsadong Tiger, a producer famous for his works with T-ara and Cube Entertainment artists. The various vibrant colors of the song keep it refreshing to listen to, and I can easily see why it would be chosen as the main title song.

By “Hey Ma Lady,” we’ve reached the main performance hall at the circus. The busy background music adds a variety of brass sounds this time, making the song resemble an extravagant show tune. At the same time, however, SPEED is asking for a dance in the lyrics, so this show’s more interactive than most. Being the only song of the four to not have a music video or be labeled as a title song, “Hey Ma Lady” is more exciting than a filler track and can easily be seen as the climax of the album. But for listeners like me who aren’t big fans of the show tune sound, the track can easily be skipped.

Next, we take a step back from the circus theme with Taewoon’s solo, “Focus.” This track is a long rap, and just like similar segments by other groups, it denounces mainstream idol rappers.

Despite successfully showcasing Taewoon’s speed and skill, “Focus” is the most out-of-place track on the mini-album. The theme and sound both deviate from the circus theme, and it seems more like an intro or outro track with its length of 2 minutes and 19 seconds. Fortunately, being place at the end of the four distinct songs on Speed Circus, it’s probably safe to label it as such.

“Focus” has a rawer hip-hop sound than the other tracks, so perhaps it can also be viewed as a teaser to SPEED’s future releases. After all, they can’t go on forever with the circus sound. And remember, Taewoon’s rap is “like a Buddha statue,” so anticipate his many teachings to come.

We finish the mini album with a voice version of “Don’t Tease Me.” I personally don’t hear a difference, and the track doesn’t do much in terms of closing the album. I’m torn between wishing for a ballad to show off SPEED’s vocals and another faster hip-hop track to end, and either one would have provide more satisfaction than this reprise of “Don’t Tease Me.” 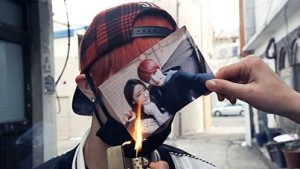 With only four distinct songs, Speed Circus doesn’t have much room to impress. For me, the quality of the album only goes downhill with each track, in direct contrast to the contentment and confidence embodied by the songs. Throughout the album, I could never get the image of a sad clown — someone who is internally depressed but hides it behind a joyful facade — out of my mind because of how “Why I’m Not” started off. Speed Circus never helped me resolve this thought, even though I was waiting for it the whole time.

Despite the weaker latter tracks and disappointing flow of the mini, the first two title songs are definitely worth a listen. Hopefully, SPEED will soon take the time to promote “Why I’m Not” live too.