1PS Sweetly Debuts With "Because I'm Your Girl"

Girl group 1PS recently made their debut, and it was a breath of fresh air. Lately, K-pop has been rife with hot pants and in-your-face music. However, 1PS’ debut MV, “Because I’m Your Girl” avoids these current clichés, and opts for a cleaner motif.

The instrumental for the song is a classic pop ballad. Featuring a piano playing the melody and bass line, the song keeps it simple. String instruments add another level of depth and texture to fit with the progress of the song. Lively, yet subdued, the music fits the sweet lyrics.

Lyrically, the song is a relatable, coy confession of love. The girls sing of being secretly in love with a friend, but hiding it for the sake of the friend. They dream of the day where the boy confesses their love in return. The song would actually be fitting for a K-drama.

While this isn’t a foreign concept for a love song, 1PS avoids the whiney, childishness normally associated with such themes, a la almost every teenage K-drama, ever. Instead, the girls express patience in safekeeping their emotions.

The MV for “Because I’m You Girl” is cute, but not aegyo-filled and sickeningly sweet. Individually, with the exception of Yoonseo, the group acts as girls in love. Coquettish looks at the camera and bright smiles litter the video. Their behavior is reminiscent of the feelings associated with childhood crushes. 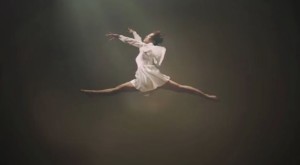 The outlier is Yoonseo. She shows off her grace by doing ballet moves, which in context of the video, lacks coherency. It simply doesn’t match up with what the other girls are doing. Even though Jieun is playing the piano, she still has similar scenes as both Yena and Saeha.

The group scenes are where 1PS unleashes the cuteness. The “talent show” portions remind me of jovial preteen shenanigans of friends. Who else would sing in front of friends like they are at karaoke?

That’s not to say the girls aren’t putting forth sensuality. While seemingly sweet, the dance does have subdued suggestive parts. A portion of the choreography features hip sways and teasingly opening their shirt collars. However, the girls are more amply clothed, so there’s no luridness associated with these moves.

The best set of the MV is the hoop swings. Although different from conventional swings, they provide an extra sense of the carefree childishness that can come with love. Sadly, the scene only received a few seconds of screen time.

While the MV is more pleasing than most of what I’ve seen lately, it does perpetrate two of my biggest pet peeves. 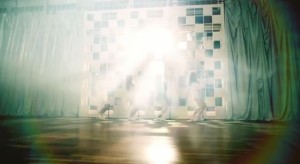 First, there’s the disruptive lighting. At moments it appeared as though a drop of water or a speck of dust had fallen on the camera lens. The fact you couldn’t distinguish the girls at points was regrettable.

Second, there is the lack of an object of affection. I do understand that the MV is meant to introduce the girls, and a boy is not needed, but it doesn’t prevent me from cringing. I prefer plot-driven MVs or at least a theme with some relation to the lyrics, and “Because I’m Your Girl” lacks both. But at least they weren’t pining over one guy.

“Because I’m Your Girl” provides a sweet break from trends. The members of 1PS aren’t belters, but still have quality voices. While not spectacular, it is generally a solid debut.