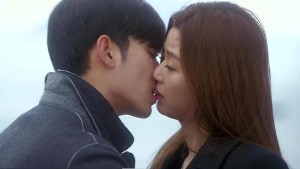 The previous week’s episodes upped the cuteness, and this week’s episode really took the romance plot a step further by bringing the emotional stakes into the picture. Seriously though, Jeon Ji-hyun and Kim Soo-hyun are electric on-screen, I’m literally riding this rollercoaster with them every step of the way. It goes to show how you don’t need overacting or anything of that sort to get the message across, something all it takes is just earnest, heartfelt acting, and a good script.

I just want to get this out of the way first before I get to the main highlight. Hwi-kyung is a much more attractive character when he is not constantly chasing after Song-yi. Given how crazy his family can be, I’m pretty surprised he has managed to turn out as a decent human being, which, I guess, could be partly due to him pining after Song-yi for more than half his life. While I enjoy seeing him play a role other than the infatuated second lead, I really need this storyline to be wrapped up soon. I have mentioned this before, and I don’t want to belabour the point. But come on, it has already been established that Jae-kyung is a smooth criminal (ha), and being pretty one-dimensional, I don’t expect anyone to feel any pity for him. So, sentence him to jail, sentence him to death, I don’t care, just stop him from interfering with the romance!

Granted, his last Song-yi murder attempt did nudge Min-joon into superhero mode in all his teleportation glory. In that moment, Min-joon was entirely consumed with one purpose — saving Song-yi’s life, to hell with exposing his alien identity. It’s such a rare sight to see him use his powers so impulsively, and it’s all the more significant when contrasted with his statement that he would never reveal his powers, since he would never be desperate enough to save anyone.

Since Min-joon already has his bout of noble sacrifice earlier in the drama, I’m incredibly grateful that the current dilemma is dealt with so much more maturity from both parties. Although Min-joon hid the whole truth from her that he would be okay staying on Earth, she eventually finds out from reading his diary that he risks disappearing by staying. At that point, what’s her probable reaction? Getting upset? Throwing a tantrum? No, none of that at all. Instead, she finds Lawyer Jang to better understand Min-joon’s situation and his motives for doing so. Wow, why aren’t more drama heroines this reasonable? 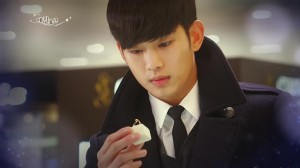 Both parties know in their heart that the available options are pretty dismal — either Min-joon returns to his planet, or he risks death. However, it’s so heartwarming that this does not deter them from fantasizing about their future — seven children, five puppies, a house with a yard. Yes, the outlook is bleak, but instead of moping around and lamenting their fate, they are going to be optimistic and dream for the best. The uncertainty of the future is not going to affect how they will live in the present, and that should really apply to all of us. Why worry about the future, when you really have no control over it? What’s going to happen will happen, all we can do is just live in the present to the best of our ability. Carpe diem, seize the day, seize any chance to love each other.

Instead of the standard K-drama cliche where one lead changes the other for the better, this drama has both leads simultaneously making each other a better person. Being an alien, Min-joon is devoid of most emotions, and has never tried to enjoy life much since he is only here temporarily. However, Song-yi is spurring him to do the most unexpected things –proposing, preparing cheesy balloons (albeit chickening out), taking selcas, and even risking his identity and life for her.

Song-yi, on the other hand, has always been prideful, and being a top celebrity, people worshipped the ground she walked on. However, Min-joon has opened her to the world of insecurity and jealousy. But more importantly, Min-joon has also taught her to be selfless, to put someone’s needs ahead of her own. Pretty much the epitome of how much she has grown as a person, is the scene where she tells Min-joon to return to his planet and just exist and live. To her, it’s more crucial that Min-joon stays healthy and well, instead of endangering his life to stay with her. Anyway, who says love requires a person to be by your side forever? Sometimes, it’s sufficient for that person to remain in your heart (or your phone).

Another drama troupe that this drama has played around with is the traditional roles of the male and female in a relationship. You know, the female is shy, conservative and petty, while the guy is usually more forward, initiates skinship and is oblivious to most things. But what we are seeing in this drama is instead the opposite. Song-yi is delightfully forward –she swoops in for the backhug, she invites him to share the same bed as her, she’s incredibly cool with acknowledging that she’s the one who seduced him. On the other hand, you have Min-joon who feels incredibly scandalized that they are sharing the same bed, and he even gets huffy when she hangs out with her own friends and left him out of the loop. 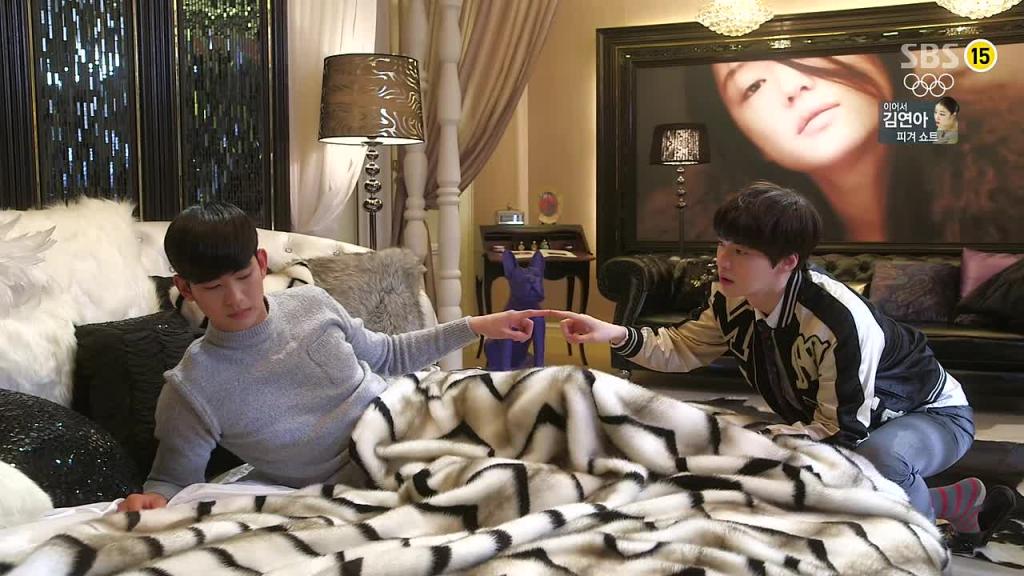 I also like the parallel characterizations of Yoon-jae and Song-yi. Both of them speak their mind bluntly, and tend to get ahead of themselves. Seriously, before Min-joon can even register what is going on, Song-yi has already tried on a wedding dress and Yoon-jae is plotting to get his mother’s approval for Min-joon to be his brother-in-law. What a pair of siblings. Also, who else died of laughter when Yoon-jae gave his puppy-eyes to get Min-joon to perform the E.T. touch with him? It’s is so similar to Song-yi’s reaction to Min-joon’s powers– begging him to levitate her out of the bed, and then comforting him when his powers don’t function well.

I’m not sure what the final stretch has in store for us, but I’m sure a whole series of push and pull regarding the dilemma will be fleshed out. My one wish is for them to continue what they have been doing — being honest with each other and coming to a solution together. Life is so much easier when you face it as two instead of one. Song-yi’s dad only requirement is for Min-joon to be healthy and stay by her side forever, and I’m really hoping Min-joon to fulfil that request.