How to Navigate Symbolism in K-pop MVs 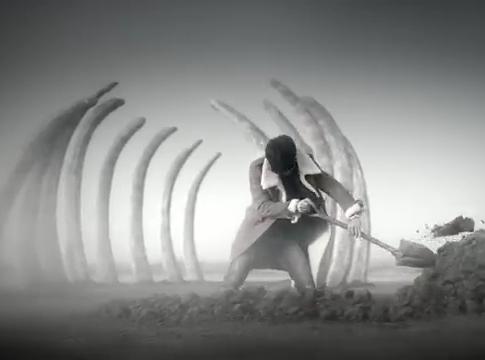 A music video has a limited amount of time to make a lasting impression. With the K-pop market over-saturated with images as it is, MVs rely upon a chaotic succession of striking visuals to quickly catch the casual viewer’s attention and then keep it. To save time and express greater artistry, music videos often rely on different objects to stand in for different concepts: that is, they use symbols as shorthand.

Recently, we may be seeing increased symbolism in K-pop MVs, as competition for viewers increases and each MV aims to make maximum impact. Many recent videos, such as Spica’s “You Don’t Love Me,” Ga-in’s “Fxxk You,” and B.A.P.’s “1004 Angel,” are absolutely laden with symbolism. This can lead to multiple interpretations of the same text and some pretty heated comment wars about what it all “really means.”

This begs the question: In this variegated landscape of MVs that constantly produce complex and ambiguous symbols, what is the best way to find and advocate for your own interpretation of an MV while still respecting others’ points of view?

First of all, it is important to return to the details of the MV. While multiple interpretations are possible, not all of them are equally likely–for example, I think we can all agree it would be ridiculous to argue that “1004 Angel” is about having fun or that “You Don’t Love Me” is about sexual violence. Equally important is the fact that nothing can be interpreted as accidental or as not contributing to the whole message of the MV: Certain artistic choices may muddle the message of an MV, but they cannot be willfully ignored if they do not support a certain idea–where would be the cutoff point for what matters and what doesn’t, then? These are important points to remember: that not all interpretations are created equal, no element can be dismissed, and more sensible interpretations should be based in the text itself.

To look at one case, there is currently a hotly debated moment in “Fxxk You”–it occurs at 2:50–regarding the shot of blood splattering against the shower wall. In YouTube comments alone, responses vary from claiming that Ga-in is angry that Bumkey wants to have sex while she’s on her period, to Ga-in being sexually assaulted, to Ga-in losing her virginity to rape, to Ga-in killing Bumkey, to Bumkey killing Ga-in, to interpretations that the blood should not be taken literally but only symbolically, as yet another representation of their abusive relationship. These responses are a lot to take in. While at first it may seem that any meaning might be possible, by looking closely at the MV itself, it soon emerges that some explanations are more believable than others. 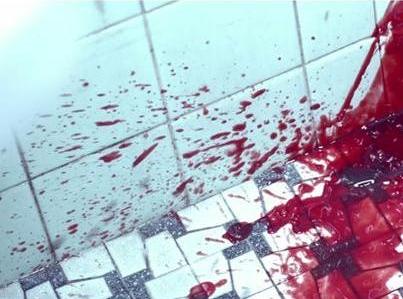 Examining the images themselves, a few basic fa cts are clear: The blood is exaggerated; its rancid color splashes dramatically against the wall of the shower. It appears in a violent gesture both in terms of its movement and the way it is filmed: a striking image flashing on after a total blackout of the screen. While blood is associated with menstruating, if Ga-in simply did not want to have sex on her period for the duration of the song and this prompts the “fuck you,” how would the exaggeration and sudden violence of the blood spatter fit into this explanation? Would this warrant such a strong response as “fuck you,” repeated multiple times?

What about “this will never really end,” the lyrics that lead up to this moment? Personally, I think that the helplessness and vitriol expressed in the lyrics and the extremity of the blood speak to a larger, darker issue than Ga-in not wanting to have sex while menstruating. Given the images and the context of the video, it can thus be argued that period sex is probably not the point of that particular scene or of the MV in general.

Now to argue for a certain point of view: that of Ga-in being forced to have sex for the first time and losing her virginity. Looking at the context, the blood is both preceded and followed by shots of Ga-in and Bumkey behind a shower curtain, wherein his arms encroach upon her body from behind, implying sexual contact that may not be consensual. Since blood is unfortunately associated with loss of virginity (I say unfortunately because the loss of what is termed female “virginity,” a social construct, does not necessarily result in blood), and the shot of blood splattering in a shower is book-ended by shots of simulated sex also in the shower, it is reasonable to conclude that the blood occurs within the context or the act of sex. The music and lyrics also lead us to expect a grand, important act; this moment in time is the climax of the song. By no means is this the only way to view this shot, but through carefully looking at the lyrics and sound, the images, and the order of images, I believe this reading, for one, is supportable and therefore plausible.

The list of potential interpretations is long and fruitful, and I hope that others will add their thoughts on any recent MVs in the comments, using specific images, sounds, and contexts to support their points of view. Even if you personally do not agree with another’s interpretation, it is always important to understand where they are coming from and to be able to defend or critique from a place based strongly in reality.