K-dramas: Behind Every Man... 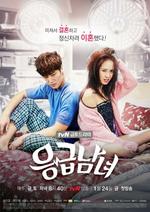 After the first few episodes of Emergency Couple, one thing is apparent: Oh Chang-min is a horrid human being. He’s verbally abusive to his ex-wife, berates her for the smallest infractions, and has an air of self-importance seen most often in pageant kids. It brings to mind an unfortunate trend of men in dramas who begin downright vile. But by about episode 6 or 7, the audience is witness to an almost unbelievable change in personality. How could it be? Why, it’s the quirky, not-good-enough-for-him-but-just-what-he-needs female lead.

This isn’t the first time this particular trope has been played out. In fact, it’s been a common thread in most dramas as of late. Rich, pampered Momma’s Boy, with an acidic personality and a disgusting attitude, at first snubbing the poor female lead, who’s just trying to get by and do her job. Inevitably, the stars magically align, and this unlikely pair ends up together. The same can be seen in such characters as Cha Ji-heon (Protect the Boss), who eventually falls for his secretary No Eun-seol, or more recently Kim Tan (The Heirs), who’s hot-headedness cools down when he falls for the daughter of his housekeeper, Cha Eun-sang. Our male protagonist finds a woman that least aligns with what society—and most importantly his family—deems appropriate for his stature. And if we follow the plots of these romantic comedies, she is supposed to fix all his mortal flaws with her social imperfections.

But this is certainly not unique to K-dramas. For instance, let’s compare the leading-man paradigm prevalent in Korean dramas (written and directed by Koreans, mostly men) to the dichotomy between men and women in Tyler Perry’s films—he’s perhaps the most famous (if not the most successful) purveyor of Black cinema. The men are superficially successful but fail as decent human beings. Perry’s lead women are always beaten down by their spouses (see Diary of a Mad Black Woman). But they stand behind their man, bear the brunt of his scorn and oftentimes violent narcissism. That is until an everyday man who’s scraping by shows her what love really looks like. The symbolism is there—a successful Black man has lost his way; what the woman needs is a poor man to deliver her from her pain. Much in the same way the Korean male leads are suddenly transformed by female leads who are the least likely to be found desirable. 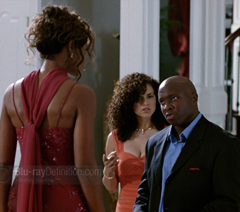 In these examples the woman is both everything and nothing at all. She’s the man’s salvation but also nothing without a man to give her character agency. She’s won his heart and miraculously reformed her male champion into the lead that every female in the audience craves to have sweep them off their feet. Perry takes the paradigm a step further by proclaiming that his leading lady needs a man with a lesser status to take care of her and heal her wounds.

The parallel between the male archetype in Korean dramas and the Black female ideal, however, isn’t just a means to illustrate the perception of what a woman really wants and how she’s supposed to fulfil her role in order to get it. Ultimately, these roles paint both Korean men and Black women as needing someone to save them from themselves and a life of unhappiness with partners they’re expected to be with because of familial obligation.

This could be a microcosm of the notion that Asian men and Black women are the least desirable in terms of partners for the opposite sex, but that’s another topic for another day. It’s painful to watch some dramas because of this need to exaggerate the uselessness of a man without a sweet girl to shoulder his extravagant hubris and pick up the pieces of his shattered self-esteem. And yet, that’s exactly the role women are strapped with, in these dramas as well as in the way Black women are portrayed in Hollywood. It’s unfortunate that captivating an audience also means creating male and female characters so desperately in need of reformation and escape from their own imperfections.

For Your Viewing Pleasure : Turtlenecks