BTS Have a "Skool Luv Affair" 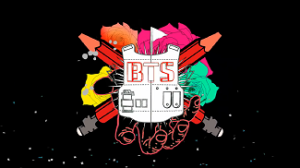 The group that won many nods for rookie of the year for 2013, BTS are back with their mini-album Skool Luv Affair. The mini-album comprises of ten tracks including an intro, a skit, a cypher, 6 full songs, and an outro. Group members Rap Monster, Suga, and J-Hope had a hand in the lyrics for a majority of the songs, and Suga also assisted in composing and arranging multiple songs off their mini-album. The teasers leading up to the release of the mini-album suggested BTS would be shifting their sound and lyrics to cater to the theme of love, and their mini-album playfully traverses between the hard-hitting raps BTS is known for with smoother R&B moments allowing them to expand their debut concepts to include themes of love.

The first track “Intro: Skool Luv Affair” immediately sets the tone for how BTS will approach their songs this time around. A smooth slinky beat drops and Suga starts off with a slow rap about a first love before J-Hope interrupts with a more upbeat rap that brings about hopeful notions of true love. The track ends with Rap Monster bringing the intro back to the ‘Bangtan Style’ with a harder horn-laced beat and a rap about being vulnerable to being hurt through a passionate love.

The title track “Boy in Luv” is an early stand-out, bringing in guitars and a heavy drum beat to match the lyrics. The song is noteworthy because of how BTS deftly handle the theme of love but maintain their hard-hitting style simultaneously. The bridge where Jin, Jimin, Jungkook, and V trade lines explicating their desire to be the oppa for their love interest was an excellent change up before the climactic ending. The rapping parts were equally memorable with Rap Monster, J-Hope and Suga having a distinguishable style, such as a part of Suga’s rap where he mimics a car’s engine.

The next track is “Skit: Soulmate” which contains the members chatting about what to talk about for their skit. They eventually fall onto the topic of ideal types but are extremely playful. This track shows off their personalities and is effective in positing the difference between “Boy in Luv” and the next song.

“Where Did You Come From” signifies a shift of tempo in the album to a more mid-tempo beat. The idea of love is expounded and the lyrics play off falling in love regardless of what locations their love interest may live in. The song isn’t the most memorable of the set, but it is effective in showcasing their mixture of vocals and slower-paced rapping.

“Just One Day” is another mid-tempo track, but it incorporates the R&B styling with better flow during the rap portions. The lyrics during the rapping segments explain what each rapper would do if they had one day with their special someone. The song is cohesive and soothing, ending with Rap Monster asking “Can you please stay with me?” This song is the last full one with a prominent love theme incorporated. The theme shifts during the last half of the album.

Appropriately, “Tomorrow” is the title of the following track. It immediately picks up the beat. This track incorporates autotune during the chorus when Jung-kook and Ji-min trade off lines about following their dreams. This track is reminiscent of their earlier works lyrically where the boys talk about continuing to move forward to follow their dreams despite the obstacles which may come up, striking up associations of hurdles as the nighttime which will eventually pass with the rise of the sun the next day.

Each of BTS’s prior albums have contained a cypher, and this one is no different. “BTS Cypher PT.2 : Triptych” acts as a continuation from their last cypher on O! R U L8 2? with Rap Monster, J-Hope, and Suga spitting out over a beat. Rap Monster’s rap is split between Korean and English, showcasing his aptness in English lyricism. The lyrical content is full of references from associating BTS’s rise with the popularity of Psy and likening their status to Whitebeard from the manga One Piece. If there were any doubts of their rap flow, their cyphers are testaments to their skillful ability.

Continuing with another rap heavy track, “Back Breaker” references the culture of buying expensive clothing as dirty clothing. The track is seemingly lackadaisical on first listen, but the lyrical commentary is biting. The boys criticize the culture of needing to keep up with the trends, which they claim will break the spines of the parents who are helming the expenses.

“Jump” is a return to the upbeat tempo with the refrain “Let’s Jump” being chanted throughout the song. The lyrics explain the changes the group has experienced over the last seven years. It is a fun song that doesn’t take itself too seriously but would seem like a track which would bring up the energy during a live show.

The last track “Outro: Propose” shifts the theme and tone back towards the earlier part of the mini-album. It is an R&B ballad with lyrics of giving the song to their love. There are sounds of a crowd intermixed, signaling this song as a track of appreciation towards their fans.

This album was effective in showcasing BTS in a different concept from what they were introduced as last year. They were able to mesh an authentic hip-hop flow with themes of love and effectively package it in the stand-out track “Boy In Luv”; the other songs that dealt with the theme of love weren’t as memorable and were weaker in lyrical content. However, when the theme shifted towards more social commentary and criticism, BTS were able to really shine. Despite those minor faults, the strengths of the individual tracks and the strong lyrical content especially towards the later half of the mini-album make this a strong showing for BTS.