Royal Pirates are "Drawing the Line" in Their Fun MV 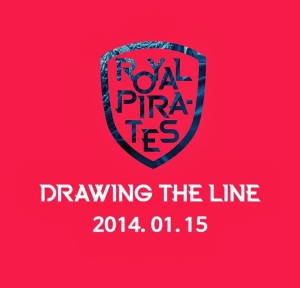 When Royal Pirates made their official Korean debut last summer they immediately caught the attention of the international K-pop community. In a genre where there are so few groups that actually play instruments it is always a treat to see a new one, but as Laverne talked about in her review of their debut, “Shout Out,” Royal Pirates isn’t a new group, just a group that’s new to K-pop. You can still tell that they have their roots in the Western rock scene, but their new single and MV both feel like they are significantly more marketed to the K-pop audiences than the last single.

From a more upbeat feeling song, to a funny and colorful MV, to makeovers for Moon-chul and Soo-yoon, “Drawing the Line” is perfect for a K-pop fan looking for a slightly more instrumental vibe. The genius of this MV, though, is that it caters to the tastes of K-pop fans while also poking fun at the group’s new life in that same industry. It is undoubtedly an intense transition going from being a fairly unknown group in the US to being a part of the giant industry that is K-pop, but if “Drawing the Line” is any indication the transition isn’t going to be a problem for Royal Pirates.

The MV follows the members of Royal Pirates as they go about their schedules as a band and as individuals. They cover the bases as far as typical k-pop group activities go, transitioning from rehearsal, to photo-shoot, to talk show, all while being hounded by demanding managers and directors. Their attempts at being causal, or at having fun, are met with reprimands and there is more than one hilarious representation of an “NG” (no good) take of a show or rehearsal. 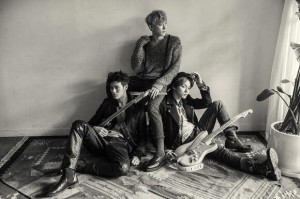 The inclusion of camera men in most shots of the MV helped create an atmosphere of “production.” It makes it clear that the actions of the members are being controlled by the directors and crew, and are not always their own decisions. Particularly ironic is the group shot where the band is playing next to an expensive sports car and looking edgy in black and white film. At first this may seem like an actual shot for the MV – it looks like so many other K-pop MVs, after all – but then you see the camera men again and it becomes clear that this is simply another spoof on what it is like to be a group working in the K-pop industry.

On top of having a unique and fun concept, this MV was also shot in a clean, appealing style. The camera work was steady and clear – not jerky or flashy — each scene was framed in a way that maximized the personality of the set and characters in it without having to rely on strobe lights of lens flares. The transitions between scenes were filmed in a way that didn’t chop up the parts of the MV but rather let the different scenarios flow into each other and stay connected. In an industry where camera people seem to revel in shaky shots and blurry focus, it is refreshing to see an MV filmed in a visually straight forward manner with just enough stylistic editing to make it interesting to watch. 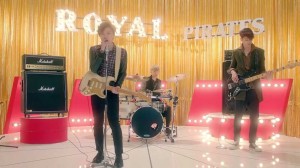 The end of the MV wraps up the entire story by having Royal Pirates performing the song they were “rehearsing” at the beginning. Although it starts out official enough, it suddenly turns into a big dance party featuring none other than Brad from Busker Busker. Although he doesn’t play a part in the larger MV he does make a nice celebrity addition. Along with Brad, all of the formally tight-laced characters from the MV let loose and join in the rocking rolling. Despite being shuttled around and forced to adhere to industry norms, the message of the end seems to be that Royal Pirates is planning on keeping their personality and infecting everyone around them with the good cheer and the desire to jam out.

A shout-out to the other actors in this MV is also necessary, because they were all hilarious. This MV wouldn’t have been as engaging and fun if it weren’t for all of the personality-heavy side-characters. The interviewer on the talk show personified that over-the-top MC stereotype, the manager/director coming in raging about everything he thought was an “NG” was completely convincing, and the models added that extra skeptical attitude that let the audience know how they really felt about Royal Pirates horsing around – but don’t worry Moon-chul, I’m pretty sure you won’t be rejected like that by your fans. 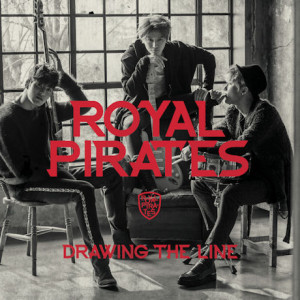 “Drawing the Line” is a compelling song with an equally entertaining MV. It is great to see the group adapting to the K-pop world and what it expects from performers, but it is even better to see that they are still holding on to their personalities. Hopefully this EP and single will allow Royal Pirates to build up a larger Korean fan base and help them start a trajectory towards a reputation similar to CNBLUE or LEDapple. This is a powerful comeback for a rookie group and I see no reason why they shouldn’t gain recognition for it. Overall rating: 4.5/5