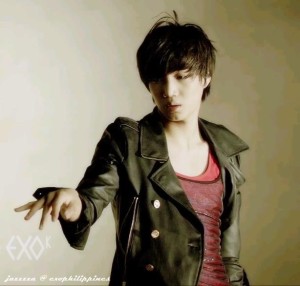 2013 was a great year for K-pop with many quality albums being released. On many of these albums, however, it was not the title track that stood out to fans but the B-sides that captured our hearts. Us writers have spoken and now it’s time to look at the songs our readers chose.

Fan favorite, Shinee, took the polls by storm and occupied not one, not two, but three spots of the top 5 B-sides of the year!  “Symptoms” was the clear winner and it’s no surprise as it lets Shinee excel with a smooth R&B track. Shinee’s suave vocals took the spotlight and, highlighted by the drums during the chorus, melted fangirls’ hearts everywhere.

The lyrics, too, are great as Shinee sings about the symptoms and pain that come alongside infatuation and desperation. The members sing with an air of anguish and despair that add weight to the emotions of the lyrics.

“Like a Fire” and “Evil” were the other two Shinee songs that made it into the top five and they both have their own unique charm as well. “Like a Fire” was my personal favorite Shinee B-side of the year due to its fun, upbeat vibe.

The beat has a little bit of funk thrown in but not so much that it steals the spotlight from the members themselves. The pre-chorus in particular is addicting to listen to as the subdued voices of Taemin, Minho, and Key (and later Jonghyun) aids an air of anticipation for the chorus. However, in terms of emotion, “Like a Fire” falls flat in comparison to “Symptoms.”

“Evil” has common elements with both “Symptoms” and “Like a Fire” — an uptempo track with slight R&B influences — yet it still maintains a distinct sound from the two. The song carries a haunting vibe that increases with the layering of the members’ vocals during the chorus. The pulsing of the background beat also adds to the eerie feel of the song and hits its peak when imitating the sound of a heartbeat.

Readers also chose f(x)’s “Shadow” and Exo’s “Black Pearl” as their favorite B-sides of the year, rounding out the SM takeover.

“Shadow” is a light, breezy song that brushes the border of love and infatuation. It is up to the listener to decide if the lyrics are simply about coming to terms with a crush or if it crosses into stalker territory. The pervasive music box notes recalls an air of innocence which makes me suspect the former. F(x)’s voices also managed to be sweet without being sugary and I was pleasantly surprised by Amber’s singing.

Listening to “Black Pearl” made me want to listen to Exo’s XOXO album all over again, so I did and once again I was struck by how good XOXO is — there are so many great B-sides to choose from. “Black Pearl” is one of the album’s best B-sides and showcases a much more electronic side to Exo which is probably what made it stand out from the other tracks on the album.

The music and singing on “Black Pearl” both deserve praise. The subdued violins provide tension during the verses while the electronica kicks in during the chorus. The combination of drums, dubstep, and electronica during the chorus makes it feel epic and bold. The delivery of the song is important as well and Exo absolutely nails it. The restrained verses make the chorus even more powerful in comparison and the sweet harmonization throughout the song make “Black Pearl” fantastic and definitely deserving of its spot as one of the best B-sides of the year.

While I personally hoped that Fiestar’s “Whoo” would make it onto the list, I’m at least comforted by the fact the songs you readers chose were worthy of being chosen. 2013 was a great year for B-sides and here’s to 2014 being even better!