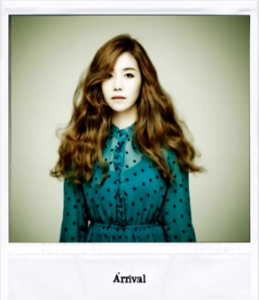 Welcome to another edition of our K-pop Indie Gem segment! This week’s artist is singer-songwriter Fromm.

Fromm (Lee Yoo-jin) has collaborated with many of her labelmates and she’s even recently put out her first full-length album, but not much else is known about her besides her name and discography. Despite being low on the radar, her melodic voice and unconventional rhythms make her stand out and here she is joining the ranks of our Indie Gem stars.

Fromm’s first release “Isn’t it Love” is characteristic of her style — her sweet voice is centered around a light acoustic melody. “Isn’t it Love” maintains an upbeat vibe that is further highlighted by the bells in the background.

I especially like how she harmonizes with her voice throughout the song. It adds an airiness to the lyrics and keeps the song light and cheerful.

“You and I” is the title track of her first album Arrival and it takes a break from her acoustic image with a sad piano melody that allows her voice to shine. Fromm’s voice is restrained yet full of expression, but there’s also a hint of delicateness to her vocals. The only way to describe her voice in “You and I” is ‘beautiful’ and even that doesn’t do it justice.

The following video is a live performance of “Merry Go Round.” I felt it necessary to include a clip because it highlights how mellow and natural her voice is. I think one of the most appealing things about Fromm’s voice is that it never sounds forced and it doesn’t show that she’s trying too hard; her vocals are naturally melodic and warm.

The flow of “Merry Go Round” is interesting and I think it demonstrates Fromm’s unconventional choices of rhythm and melody. The song starts out light but takes a darker turn at the chorus; the tune is aided by cymbals and music-box-like notes. The addition of the drums creates a more powerful rhythm and matches the sense of sorrow in Fromm’s voice.

Fromm successfully creates music that is both pleasant and interesting. It helps that her acoustic driven sound manages to be memorable as well. For more, check out “Come to Meet” or “Fireworks.”

What really sets Fromm apart, though, is her voice. While many indie artists have mellow, airy vocals, Fromm’s voice is distinct at even though she embodies those traits. Her voice is light, beautiful, and sounds great live.

I’m  so excited to have discovered Fromm and you can bet I’ll have her music on repeat for a while. Hopefully, it won’t be long before she graces us with her acoustic melodies and lovely voice again!

Did you enjoy this edition of K-pop Indie Gem? Let us know by commenting below!