F.T. Island Returns with 'The Mood' 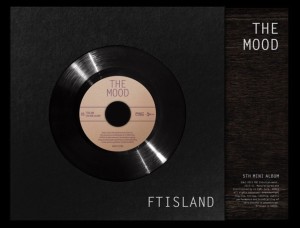 F.T. Island fans were undoubtedly excited to receive the anniversary album Thanks To, as it was the first Korean release in over a year. Paired with the concerts they held in Seoul, the promotional period was perfect to highlight the gratitude the band felt after six years and make fans feel a special connection with the band.

But if you’re like me, Thanks To also made you anticipate F.T. Island’s full return from Japan even more. The special album gave us a taste of what was to come: more self-composed music with the same F.T. Island sound that has become their signature. And now F.T. Island is back and has delivered to us The Mood. Complete with an exquisite music video and actual promotions, F.T. Island shows us that their maturity musically and lyrically is continuous.

Opening the mini-album is the title song “Madly (미치도록).” With tragic lyrics, the song expresses how difficult it is to move on from love. The rock ballad style works in harmony to give listeners the emotional express. Keeping to a slower tempo, the track uses piano as its backbone with guitar and strings working in sync to give it depth and the other instruments coming in one by one to build the song. Hongki‘s singing is raw and evocative as is, and with the soft vocalization in the background, it gives the track a lush extra layer to complete it.

And just as the track slips into a harder rock sound in the chorus with the electric guitar and more prominent drums, it’s tempered back with the next verse. It’s this seamless push-and-pull between the ballad and rock portions that makes this song so effective emotionally because it reflects the pushing and pulling of trying to move on expressed in the lyrics.

The music video does not try to do anything more than give us an emotion, which accounts for the small number of views. There is no real story, no fancy camera work, not even anything really symbolic. It’s leader Jonghoon, wandering alone and heartbroken, which is really what the song is about. While they could have added a story of some sort, this simplicity works. The striking emptiness of each scene mirrors the lyrics’ message well.

Composed by Jonghoon, “I Can’t Have You” goes into a more typical rock sound but follows a similar vein of “Madly.” With lyrics about being in love with a girl he can’t have, the track uses great fast paced drums with electric guitar at the fore that ring more of the group’s signature style. A bit heavy-handed, the verses are a little short, and the transitions are somewhat messy. And yet, the song is surprisingly catchy, especially at its cleanest, most cohesive moments. 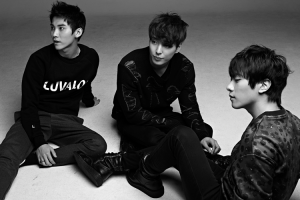 As much as I enjoy Hongki’s voice at the chorus, it’s actually the opening in particular and verses work best, which is what makes their brevity sad. The electric guitar and bass act as a great contrasting duo to Jaejin‘s vocals whereas the chorus has too much going on. However, the messiness seems to all but disappear when performed live, evident in their comeback.

The most ear-friendly, “The Way Into You” is definitely a pop-rock song, but this song doesn’t deserve the derision that often comes with the genre because the fact is this is a great song, my favorite on the mini-album actually. If “Madly” had not been the title track, “The Way Into You” could undoubtedly have been. With its lighter approach lyrically to a love that’s ended, it straddles pop and rock exceptionally.

Composed by bassist Jaejin, the song hits the ground running right from the start and never stops, using an infectious guitar line to hold the whole track together. The guitar and bass together give the edge necessary for the rock genre. With a straightforward drum beat though, it still has the lightness of pop, making it appealing to most listeners.

Closing the album on an upbeat note, “Siren” takes a leap away from the rest of the album. Composed by Hongki, the track is more of an anthem as it calls for letting loose. Going for a more synth sound, the track definitely follows its message musically. With its subdued beat and guitar through the verses, it matches the opening lines “I feel suffocated/My days are frustrating.” At the chorus, it takes a turn and speeds up. With the the fast drums and great guitar, the track makes me feel like I should be at a concert jumping up and down and screaming my lungs out. 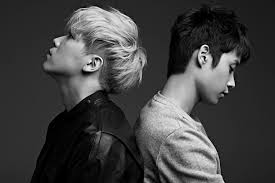 Sadly, as great and fun as “Siren” is, it just doesn’t fit with the rest of the album, neither lyrically nor musically. The rest of the album is very much about love, specifically love that’s over, and “Siren” has nothing to do with that. And musically, the other songs are more typical rock, but “Siren” has a more experimental sound to it that strays from the previous tracks. While it doesn’t fit cohesively into the album, it still makes for a fun song.

And “Siren” really is the only song that doesn’t fit. While the first three songs are different, they are all facets of the same sound that has become F.T. Island’s distinctive mark. Paired with the consistent lyrical message, they play off each other quite well. And just like Thanks To with its completely self-composed nature, The Mood too showcases the members’ talents beyond performance. While not perfect, The Mood has a strong set of songs that show that F.T. Island can keep their sound while still progressing and maturing.