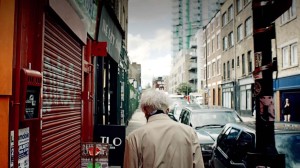 It’s no secret that K-pop has been trying to gain a foothold in the international music market for a while now. Yet as much traveling and touring as idols have done, only in these past few years has K-pop turned to filming MVs overseas on a regular basis. While the concepts are usually toned down for these types of music videos, they still have an intangibly captivating element to them.

When filming overseas, the utilization of the geography is the most important thing. After all, why film in an exotic location if you don’t show it off?

VIXX was the most recent group to release an MV overseas and they chose Stockholm, Sweden for “Only U.” In order to show off the location, the MV was filmed with wide shots to incorporate the scenery. The architecture of Stockholm was especially highlighted with many shots lingering on the buildings and bridges.

The concept of space was also beautifully executed with the way the camera moved seamlessly from one member to another when two passed each other. This gave greater depth and continuity to the MV.

Whereas VIXX utilized space to display grandeur, G-Dragon used space in his “Crooked” MV to employ angst. Shot in London, England, “Crooked” strays off the beaten path, filming in tunnels, run-down rooms, and industrial areas. The focus in this MV is less geography and more on an experience but I think the scenery still plays an important role.

Another point of contrast was that while “Only U” was filmed to maximize space, the shots in “Crooked,” tended to slightly zoom in, giving the MV a claustrophobic feel. While this music video arguably could have been filmed in Korea with the same net effect, I think the atmosphere of London matched GD’s style.

Stepping away from Europe, Block B’s “Nillili Mambo” took place in Vietnam. While “Crooked” may have taken us off the beaten path, “Nillili Mambo” takes that concept a step further, with most of the video being shot in less than glamorous venues.

“Nillili Mambo” was the grittiest of the two but it still managed to respect the city with great shots of the shoreline and the city in general. Block B made great utilization of their location and proved that you don’t have to go to Europe to film an international MV.

While overseas productions are usually hyped by idols and their companies as a status symbol, some of the MVs actually deserve the hype. After all, a change of scenery is like a breath of fresh air and K-pop could definitely use that every now and then.

What’s your favorite MV filmed outside of Korea?