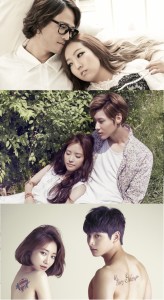 Those that watch the show regularly already know this, but for those that don’t, We Got Married (WGM) has had a change in cast, saying goodbye to two couples and welcoming two new ones. The show has suffered from low ratings all season and they are doing whatever they can to try and change that. The new couples are very different than the ones they were replacing: Jinwoon and Joon-hee represented a stylish, passionate couple, and Jung In and Jung-chi represented what it really is like to be in a long-term relationship. The new couples are both being advertised as people “really” looking for a relationship — as opposed to the usual obviously fake idol couples.

The first new couple is Jung Joon-young, Superstar K4 rocker boy, and Jung Yoo-mi, from drama Rooftop Prince. These two are an interesting match because at first glance they have nothing in common. He prefers video games, she prefers physical sports, he prefers to stay inside, she likes the outdoors, and that is all in addition to the large year age difference. While this may seem like a disaster, the couple’s chemistry is amusing for the audience at least – and that’s what really matters after all. His humor is quirky and uncouth, which makes her laugh despite of herself. There is potential for this couple, but I’m not seeing them get married in real life as the show is advertising. 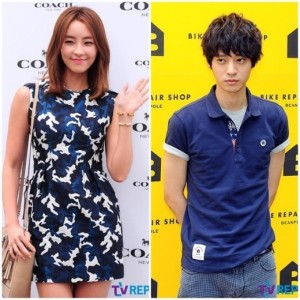 Unfortunately, this couple also has the potential to fail completely. It’s like one of those younger man with older woman couples on The Romantic and Idol, there simply wasn’t any romance because the relationship ended up being sibling-like.

The awareness of the age difference in the Joon-young/Yoo-mi couple, and the obvious difference in maturity level, could be too much for them to get past. I’m not sure what the show would even do if a couple simply couldn’t co-exist, but the process might bring the amount of drama the show needs to stay afloat.

One the other hand, the second couple may very well get married in real life. Lee So-yeon, actress famous for her villain portrayals in dramas such as Dong Yi, and Yoon Han, idol-pianist and composer, seem destined for each other. Both are getting older – if you can consider thirty “older” – and both are eager to settle down. This is exactly the type of couple WGM is trying to highlight; people that truly need a matchmaker to actually find a romantic partner. Their initial interactions on the show were both sickeningly sweet and mature at the same time, so if you’re into a more “real” relationship, they are the couple to check out. 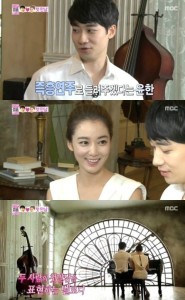 The only problem so far with this couple is the fan indignation about Yoon Han recently being on Mama Mia’s dating special. He went on a blind date with anchorwoman Park Eun-young and was just as romantic with her as he is being with So-yeon. For people that watch both shows, this was extremely off-putting and the netizen backlash is significant. There is no denying that the whole situation made him look a bit like a player. We’ll have to wait and see if this little indiscretion will doom the couple viewer-wise, or if the animosity will blow over as more of Yoon Han’s personality is revealed.

The production team’s decision to cast these new couples may be a bit confusing for some viewers. They aren’t young, they aren’t idols, and they are replacing couples a lot of people seemed to enjoy. On the other hand, the numbers don’t lie and the show’s rating jumped from 1.8% to 7% as soon as the new couples were announced. This is a huge improvement, although still not enough to beat out the other Saturday shows. Using K-pop idols as the main stock for the show does bring in the young viewers but since that obviously wasn’t enough anymore, the show needs to experiment with different types of couples. 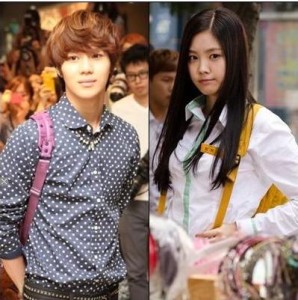 While I loved both of the departing couples, Jinwoon/Joon-hee and Jung-in/Jung-chi had reached a stagnation point. It had become obvious that Jung-In and Jung-chi were going to get married for real soon, which doesn’t leave a lot more room for relationship development on screen. Jinwoon and Joon-hee could have easily continued being a couple but they too had reached a level of comfort with each other that could be perceived as boring by the producers.

Despite claiming that they want the couples on WGM to be more “real,” the reality of a long-term relationship can be quite tedious for those not in one. Obviously, they kept the third couple because Taemin and Naeun have not, and probably will not, reach this stagnation stage because their couple dynamic is firmly in the “dating” spectrum as opposed to the “married” spectrum.

So where is the WGM team really trying to go with this show? If they aren’t going to try and milk the K-pop audience for ratings, it is unclear what audience they are going to pander to. It seems like they are trying to take the show in a more realistic direction, if that is even possible. 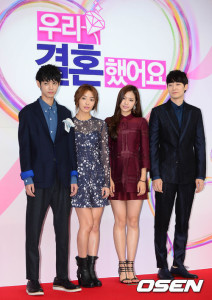 By stressing the process of selecting a couple that may actually be compatible off-screen they do raise the chance of a real couple forming during the show. If that is truly the goal of the production team – and they are making it sound like it is – the title We Got Married might finally be appropriate. The show could take on a whole new dynamic if it became more of a celebrity matchmaking show and less of a “play house” show.

Only time will tell if this new approach and these new couples will bear fruit. The production team may be shooting themselves in the foot by switching couples so often considering that some of the most popular couples in WGM history were the ones that lasted a long time. Not using K-pop idols in the couples certainly adds a new dynamic, but it also may make or break them. The new couples are promising, however, so I do suggest giving them a chance. Personally, Jung Joon-young has caught my eye and, it seems, the eyes of many other viewers.

What do you think of the new couples, readers? How do you feel about the direction WGM is taking?