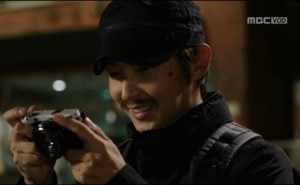 These four episodes are the second part of the series: Jang Tae-san Almost Catches a Break. Two Weeks is doing a great job of matching the tense situation with lighter moments; the episodes never seem to be moving too fast or dragging. It seems like it would be tough to have each episode represent a day in the ongoing investigation or a day that Jang Tae-san (Lee Jun-ki) has to avoid capture, but so far, the drama is successfully following a realistic timeline.

The first eight episodes of Two Weeks set up opportunities for the following episodes. Characters were allowed to be developed, giving the viewer glimpses of what they could do if they really put their heads together. Episodes nine through twelve took the development of the first eight episodes and ramped up the plot development, showing that the good guys weren’t so far behind after all. They also showed a noticeably higher level of teamwork on the side of the good guys, the type that every viewer has probably been eagerly waiting to happen.

Episode 9 begins with Prosecutor Park Jae-kyung (Kim So-yeon) receiving veiled threats from Congresswoman Jo Seo-hee (Kim Ha-Ok) through a doctored video showing the Prosecutor seemingly in cahoots with fugitive Jang Tae-san. It’s an obvious attempt at trying to smear Jae-kyung’s name and get her off of the Jang Tae-san case, and because of Congresswoman Jo’s power and status and Jae-kyung’s continuous lack of evidence against her, Jae-kyung’s hands are essentially tied. The video, however false, exists, and telling the truth wouldn’t get the results Jae-kyung needs. 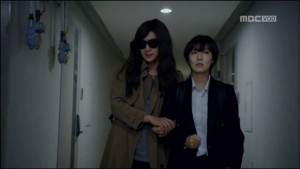 But it’s with this incident where the first glimmers of hope for the pro-Jang Tae-san team begin: Detective Im Seung-woo (Ryu Soo-young) swoops in with his status as the son of the Chief of Police, providing an alibi for Jae-kyung during that time. After this act, while Jae-kyung is still reluctant to share details of her personal investigation, she does reveal that Jang Tae-san was most likely framed, a thought that shifts Seung-woo’s worldview, making him realize that in the blur of accusing Jang Tae-san for Oh Mi-sook‘s murder, seemingly ages ago, his investigation was lacking.

Other incidents of Seo In-hye working with Jang Tae-san to get the camera, Park Jae-kyung teaming up with Jang Tae-san to help catch Teacher Kim (Song Jae-rim), and Seung-woo’s repeated catch-and-release of Jang Tae-san show the infinite promise of when the police, prosecutor, and persecuted work together. While the results may not have been as desired, there’s a significant sense that the good side’s abilities aren’t so far below those of the bad side anymore.

In addition, now that Tae-san has a renewed interest in getting Moon Il-suk (Jo Min-ki) behind bars, he’s become more cunning, using his knowledge of the gang against them, like knowing that the murder weapon in the Oh Mi-sook case belonged to Hwang Dae-joon (Kim Bup-rae), Moon Il-suk’s right-hand man, attempting to pit the nature of gang members against them (unsuccessfully in the case of Teacher Kim), and reaching out to former gang leader Han Chi-gook (Chun Ho-jin) again for the layout of his former house, now belonging to Moon Il-suk. 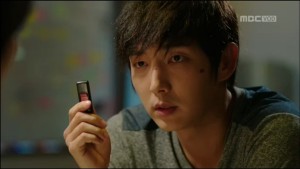 The two characters that showed the best improvement as a characters were probably Jang Tae-san and Seo In-hye (Park Ha-sun). Jang Tae-san’s revival came through the idea of being a better person, not to save himself from another trip to prison, but so that his daughter won’t be ashamed of him. Throughout the drama, a powerful motif that keeps slamming Tae-san in the face is the idea that he got himself into his current situation, that if he had bothered trying to live “properly” in the first place, he would have been able to make something of himself. His mother began it by telling him that he was a burden, and Moon Il-suk only reinforced that by using him multiple times. It’s become a core part of how Tae-san sees himself, so when he decides to do the right thing, not just to survive in the present, it’s a telling change of character.

Seo In-hye hasn’t been able to do much before this stretch of four episodes and reasonably so. She’s mostly with her daughter and isn’t a part of the police force and able to investigate. But her joint play with Tae-san was very well-played out, and she showed that she’s no pushover, even when it comes to physical encounters and endangering herself when necessary. She also defends her actions appropriately against Park Jae-kyung. Her development is more about accepting the circumstances of her former lover and daughter’s bone marrow donor and resolving to do whatever she could to ensure that he stays alive. These actions contrast those from before that were largely inaction and a lot of worrying without understanding behind the circumstances. 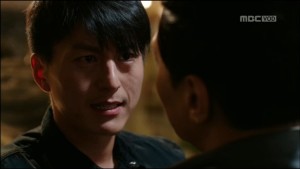 Also notable, in one of the most unexpected twists, was Seung-woo’s brief alliance with Moon Il-suk. Until that moment of reveal, Seung-woo was a pretty darn good foil to Tae-san. He was able to be a father to Soo-jin when Tae-san couldn’t be, is a detective while Tae-san was essentially a gangster, and can save In-hye rather than put her into danger. But in that moment when Soo-jin was threatened, not unlike Moon Il-suk threatening Tae-san with In-hye, he too fell to becoming a spy. This action puts Seung-woo and Tae-san on a more even level and brings Seung-woo a greater understanding about why a guy like Tae-san would go to jail twice for Moon Il-suk.

One of the most prominent devices in these two weeks was the use of flashbacks. It’s expected that there are flashbacks from the far past, like those of Tae-san and In-hye when they were dating or the ones that explain why Jae-kyung is so hell bent on getting Jo Seo-hee and Moon Il-suk properly arrested. But the more effective kinds are when they reveal scenes of the more recent past, a bit like the deleted scenes of the series, the ones that the audience didn’t get to see because they weren’t pertinent at the time. We got a taste of it in the first eight episodes when we learn that Soo-jin filched the photo of her mother and Tae-san from where it was discarded, explaining why all of her interactions with her father were done without her mother’s notice. In these four episodes, we see it happen with Seung-woo’s real role as a spy, one that strongly counters his blustering words when the scene was initially aired, and the fear that comes up when Seung-woo sees Soo-jin with a candy bowl he last saw with Moon Il-suk. I suspect another one with air eventually with the conversation Seung-woo and Tae-san had after Tae-san faked his death.

I’m pleased that the drama hasn’t taken a strong romantic note. There are tingles of potential for a love triangle with Jang Tae-san, Seo In-hye, and Im Seung-woo, but none of those come to the forefront, with Seung-woo even saying that they’ll talk about their relationship after Soo-jin’s bone marrow transplant. The relationship between In-hye and Tae-san isn’t even played up as one with strong romantic tendencies in the present. It’s more one based on lingering care for one another, perhaps strengthened by the child they have together. It cuts out a significant amount of a drama from the series, something it definitely doesn’t need to fill time. 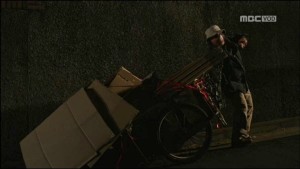 Episode 12 ended with Jang Tae-san unexpectedly encountering Teacher Kim and Moon Il-suk in Moon Il-suk’s own house, something that can only be a disastrous for Jang Tae-san and means that Park Jae-kyung’s attempts at distraction went awry for some reason. Levels of desperation are bound to be higher in the last four episodes as the day of both the bone marrow transplant and the auction approach, which means reckless moves might be on the upswing. I’m looking forward to the resolution of the drama, mainly because I can’t predict how it’ll go. But how about you guys? Where do you think the drama is going? And any favorite parts from episodes nine through twelve?