Busker Busker's "Love, At First" is an Honest First 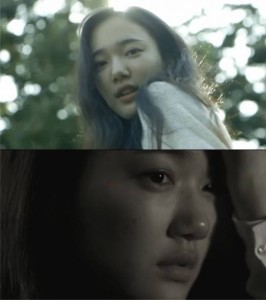 Busker Busker, the three-member band that took the South Korean music world by storm, has finally returned with their second album. The title track is “Love, At First” and the MV is a serious affair featuring model Son Soo-hyun. Within hours of the album’s release, all nine tracks had rocketed to the top of every notable music chart in South Korea. It would seem that the skeptics had nothing to worry about, Busker Busker has still got it – whatever “it” is.

This release is very different from their hit song “Cherry Blossom Ending,” but no less amazing. Where “Cherry Blossom Ending” was cheerful and humorous “Love, At First” is heart-wrenching and poignant. They are each powerful in their own ways; in terms of sound, the title track here is closer to Busker Busker offerings like “If You Really Love Me”. All that really matters as a listener, though, is that this new release has more than lived up to expectations.

It’s difficult to figure out a starting point for this MV; it doesn’t lend itself to dissection because it flows so well. The fact that it doesn’t have “dance” or “solo” sections like typical K-pop fare, also adds a different edge to it. Essentially, this is a drama MV, but considering it fully, it really is quite much more. This MV tells the story of two people that have parted ways and what happens to each individually in the aftermath. It’s an unconventional “morning after” plot that just happens to be focused on the morning after a break-up.

Although this is a break-up MV, it is unlike the ones we normally see. There is nothing overly dramatic about the people or the story in “Love, At First.” The sheer simplicity of the emotions and actions portrayed by the actors is what brings the honesty to the MV. Both of the characters wake up in their own homes only to have to face the reality of what transpired the day before. The routine is different for each of them, but through the MV we can see how the break-up is affecting their everyday routines. 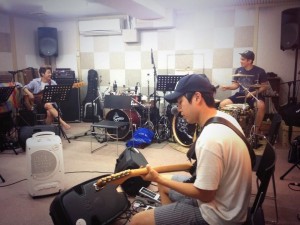 These individuals emotionally break down over and over again throughout the day as their feelings get the better of them. If you’ve ever experienced an emotionally difficult situation, be it a break-up or a loss, you will relate to these characters. The weight of the world will come crashing down on you when something as simple as dropping a bottle of water happens. If there were one thing I’d say about this MV, it’s that the symbolism is on point. The male character drops one thing and then everything else falls as well, possibly the most accurate metaphor for a relationship falling apart as you’re likely to find. Tears roll down his cheeks as he plays video games and the “game over” screen only brings memories of a relationship being over.

The most amazing part of this MV, however, is the ending; there is nothing happy about it. In sticking to the honest story of two people, this MV manages to capture real emotions. Watching it, perhaps, you may have expected her to get off the bus at his stop to reconcile, but no, that doesn’t happen. If that had played out, it would’ve cheapened the beautifully portrayed emotions of the prior three minutes. Having the ending simply be that — an ending — this MV achieved what overly dramatized break-up MVs fail to achieve: reality. People break up, they cope with the sadness and treat the good times as nothing more than brightly colored memories, and then life goes on. 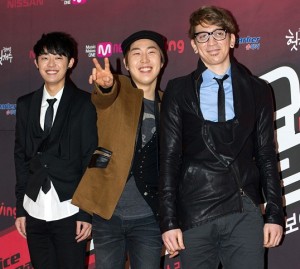 Besides the plot, the videography is equally impressive. The use of monochromatic filming helps emphasize the emotional wasteland these people are traversing. Most importantly, the shots are clean; no shaky camera work, no ridiculous strobe lights. The scenes allow you to soak in the actors facial expressions and get the feel of the emotions. Changing over to color for the past “happy” shots of the couple was also a nice touch. This is a common contrast in break-up MVs — color for happy monochrome for sad — but it never fails to be effective. This MV truly proves that you don’t need nausea-inducing camerawork to make an impression.

Although some people may have been expecting another happy-go-lucky single from Busker Busker, “Love, At First” is an impressive piece of emotional, visual and auditory art. It may not have as much popular appeal as “Cherry Blossom Ending” but it effortlessly matches the past single in musicality and visual effect. Break-up MVs usually leave me feeling dissatisfied with their unrealistic endings and overly dramatic acting. In contrast, “Love, At First’s” realistic emotions and simple honesty left me feeling like my own heart was broken. Overall rating: 5/5

How did you like Busker Busker’s comeback MV, readers? Did it pull at your heart-strings as much as it did mine?