Teen Top Has a "Rocking" Return 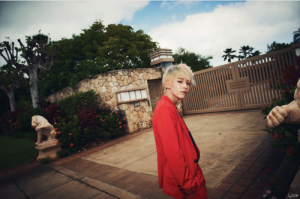 Angels knew this MV was coming with the news of the boys filming in Hawaii but after a month or so of waiting, we finally have the finished product.

After six months since their last release, Teen Top is back. While “Miss Right” had not been everyone’s cup of tea, it still proved catchy as the studio album went on to sell a little over 95,000. Teen Top is also one of those groups which are quite weird for someone who has followed K-pop. They’ve won number one with “Crazy” and was expected to win another one closely after since that is the trend in Korea. Strangely enough, “Crazy” still remains as their sole number one, so will “Rocking” become their next number one hit?

As mentioned before, “Rocking” is definitely a performance song. The MV is split into five parts: the dance scenes which comprise 40-50% of the MV, the fighting scenes, the obligatory solo shots, shots at a white hallway with gold crown molding and shots of L.joe in a car with Changjo.

Let’s get this out of the way: it seems to be a waste to film in Hawaii. This is because they did not utilize the location as effectively as other videos have when they shot outside of Korea. They could have easily shot the scenes in the MV in other parts of Korea. What we do see of Hawaii is quite nice but adds nothing to the overall impact of the MV. 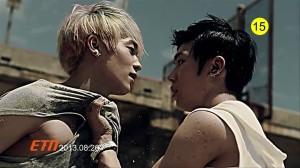 Also, this MV, like several other Teen Top MVs, utilize a girl in the video. It felt like the girl really was not needed since it did nothing to the MV. It didn’t add anything to whatever plot they were trying to portray, if they tried at all. There were scenes of L.joe and Changjo in a car and then the MV would cut to the boys going all Fight Club on the beach. That was confusing enough even without the added element of the female lead. Not even framing the MV with the lyrics helped at all since the lyrics is fairly standard. In fact, the verses seemed disconnected with the chorus — there was no flow between telling the love story then suddenly proclaiming that they’re no joke.

Now that is out of the way, what about the other elements of the MV? Teen Top is a performance group to their core it seems. The dance seems complicated with their signature fancy and intricate footwork shown in the MV. It makes a casual fan like me excited not just for their live stages but their very, very violent Random Play Dances on Weekly Idol. A part that really stands out is at the beginning of the second verse with Chunji at 2:02 with the intricate arm movements, kind of like an attempt at Brain Banging the Teen Top way. And while the dance could have easily gone messy, it was cleanly executed. 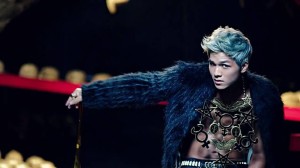 Fashion-wise, it’s the typical clothes that K-pop idols wear nowadays. I do prefer their look in “To You” since the clothes fit them perfectly, and in “Be Ma Girl” since it’s age appropriate for the group. The clothes they wore in group shots? Nothing bad to say. I especially liked the first set of clothes we see in the stained glass set since it works with the feel of the song while not overpowering the boys. For the clothes they wear at the solo shots, it feels as if the clothes are overpowering them. Aside from that, while some can carry them just fine (Niel, Changjo and Chunji come to mind), the others just cannot. It’s like they’re trying too hard to project a hard image to fit the song. Also, C.A.P, please keep your clothes on and put down that gold plated bat.

While I may have wished L.joe to have gotten more parts seeing as I prefer his rapping over C.A.P’s, and it seems as if Ricky once again got the least lines, this was an overall ok comeback. It’s definitely one that is for the stages, and there’s no harm in that since Teen Top usually has very energetic stages.