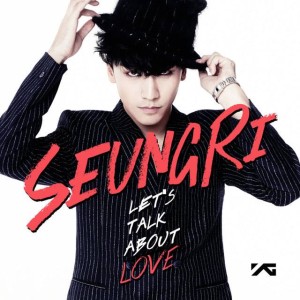 Seungri’s position in Big Bang has long been discussed by fans. While boasting a fun-loving and endearing personality on his own, he’s often outshined by his more bombastic members both visually and musically.

This, however, hasn’t stopped Big Bang’s maknae from making quality music all on his own; and, with a style more offbeat than what one would consider the norm for YG artists, his music often comes off as fresh – unapologetically pop in the sea of urban-inspired hip-pop produced by his peers.

Maybe this is why Seungri’s second album, Let’s Talk About Love,  received so much buzz prior to its release. Seungri’s got a style all on his own, and it forces people to pay attention.

The album begins with an effective intro track via “Let’s Talk About Love.” With Seungri’s love for pop comes definite cues from Justin Timberlake, bringing back memories from his album FutureSex/LoveSounds. The beat is also reverent of American producer (and Timberlake’s musical partner in crime) Timbaland’s style, which makes the connection stronger.

Seungri’s verses don’t attract much attention, riding along an interesting beat that can’t seem to stay stable, mixing shakers and metallic sounds between electronic and brassy interludes. The features by G-Dragon and Taeyang are meant to stand out and bring more of the character of the song to the forefront. 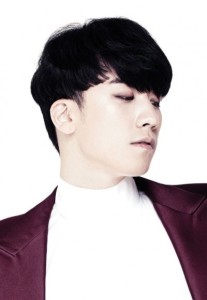 GD, as per usual, serves up a bragadocious verse that more or less does its job. But unexpectedly, Taeyang ends up stealing the show as the song reaches its climax, doing both a sung verse and a rapping verse.

It would be hard to argue that Taeyang’s rapping skills are on par with G-Dragon’s, but it certainly ends up being a lot less practiced than GD’s patented style of K-pop cool, which makes it a lot more fun to listen to.

“Let’s Talk About Love” isn’t meant to have much depth lyrically (and the repeated usage of “biatch” receives a well-deserved eyeroll), but it carries enough style to give a preview for the rest of the album.

It is, however, a shame that Seungri falls to the background in this rather unbalanced track.

Up next is the fabulously mellow lead single “Gotta Talk to U.” In a world where “Let’s Talk About Love” could have been the lead track, I’m so glad that this song was chosen instead. As discussed in the music video review, the song is dreamy dance-pop that doesn’t need to overdo it to appeal to listeners.

At most, it sounds like the distant cousin to Big Bang’s “Blue,” but it has more direction and more flare due to the electronic breakdowns and the swirling “hustlin’, hustlin'” chorus. “Gotta Talk to U” is one of the highlights of the album and shows Seungri completely in his musical element.

“GG Be” has to be the most divergent song on the album, serving up deeper vocals by Seungri over a peppy piano beat. It also provides some well-intentioned humor lyrically, discussing a girl that has become increasingly distant from her lover.

The song definitely caught me off guard, but it ended up being a fun listen. Seungri’s a pop artist, but he can weave himself through many different styles. “GG Be” is great evidence of this.

The song features an extended feature from YG trainee Jennie Kim, who displays her singing on a released track for the first time after rapping on Lee Hi’s “Special.” Her voice complements Seungri’s well, but possibly falls short of impressing anyone too much, which is a shame for YG’s most prominent trainee that is likely (maybe?) up for debut soon.

If “Let’s Talk About Love” was the first Justin Timberlake-esqe song, “Come To My” is surely the second. The only difference is that this song evolves from what seems to be a derivative version of “Cry Me a River” into something very different by the time the chorus chimes in. 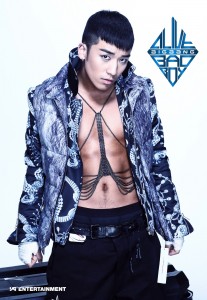 “Come To My” is a great mid-tempo ballad that flirts on the fine edge between R&B and pop, at times crooning and at times restrained. The song does, however, lose a bit of steam from the bridge to the end.

Putting the title aside, “You Hoooo!!!” is an oddly structured song, sounding sometimes dissonant with Seungri’s vocals over a heavy, over-produced electronic beat.

The song suffers from short and uninteresting verses that just seem to happen, but the chorus is catchy. After all, what else could you expect from a song that repeats “Yoohoo?”

Despite the catchiness, I do think “You Hoooo!!!” is the weakest song on the album. I could do without the bridge: Seungri’s talk-rapping effort looped with countless “Say hey!” requests don’t really suit him, and this dance party-ready track ends up falling a bit flat in the process.

Rounding out the album is the sensually sweet yet somber “Love Box.” It’s the truest ballad on the album, and its major appeal is how light it is.

The background music is soft to match Seungri’s vocals, but the song doesn’t continue as one long murmur. It’s filled with smooth transitions from verse to pre-chorus to chorus and back to verse again, as the song contemplates a relationship that has reached the end (a recurring theme on the album, maybe?).

“Love Box” succeeds because it’s mellow without being boring or one-note, which can be a challenging for balladeers. It’s something that YG artists consistently do well, and Seungri’s album shines in part because of this, as heard on “Love Box.” 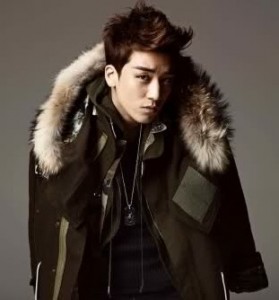 Altogether, Seungri’s second album is a good listen from start to finish, and the standout tracks on the album (for me, “Gotta Talk to U,” “GG Be,” and “Love Box”) have definite replay value. He’s smart at playing to his individual strengths, and he continues to carve out his own musical profile outside of his group with every solo effort.

Based off of all of the self-promotion and evidence of Seungri’s extensive participation in the album’s production, fans get a sense that he is truly proud of what he’s done with this second album. And going through the music, he has every reason to be. Let’s Talk About Love gets a 4.5/5.