Musical Realism vs. Reality and What It Means for K-pop 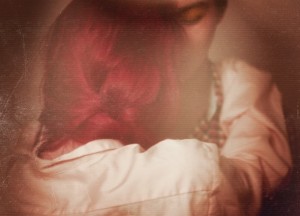 Structure, precision and dynamics are attributes of music performance that are celebrated in K-pop, more than any other form of popular music. We’ve discussed in great depth and breadth the artistry of the performance and what makes the K-pop experience so great. Seoulbeats‘ own existence is a reflection of how awesome K-pop is as a pop culture medium, and to me (and I may be biased), it’s bar none.

However, while all of this is extremely insightful (and well worth reading), it might behoove us to discuss, for reasons indicated later, K-pop and its performance nature in a more metaphysical sense: what is the relationship between musical “realism” and “reality” in music within the context of K-pop? Is this relationship different from other musical genres, and if so, why is it different and how does it change our perceptions and consumption of K-pop?

In his video concerning the validity of mp3s vs. lives, Mike Rugnetta of PBS’s (America’s Public Broadcasting Service) Idea Channel argues that because recordings dictate perceptions of the live performance due to the constructed reality (realism) of the recording, and vice versa, neither one is superior nor inferior to the other. Instead, you get what Mike dubs an “imi-tor-obour-os,” which is just an infinite circle of self-imitation between all the various experiences of a song. By extension, this makes arguments of the relevancy of one media avenue over the other moot. The inquiry simply becomes a misconstrued question, as each type’s fidelity, its “realness,” is dependent on all the others. There is no real way to discern which is objectively better or “more real” without using flimsy argumentation.

That being said, the superiority of one musical experience over another is not much of a point of contention in K-pop, although what does start flame-wars are critiques of the provider of said experience, the idols. Performance analysis is common in K-pop, and groups are often placed on various altars based on live performance skills. So this begs the question, what are K-pop fans (myself included) judging these idols upon? The recording? What if it includes the music video? 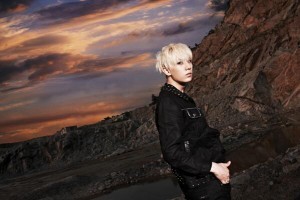 The inclusion of the music video in K-pop’s realism makes its particular constructed reality’s web of influence far broader. As a result, the contingency for active scrutiny of idol performance becomes all the more likely. Coming into nearly any K-pop performance, we have clear expectations for what the songs should sound like as well as how the choreography should be performed. For example, groups like Shinee have a set performance ideal and style to uphold in every stage regardless of whether the song being performed is good. In their case, each performance has to be theatrical and pristine.

Our perception of the live stages, wherever it may be and whatever the context, is mediated by the recorded version to the extent that we consciously compare these live performances to the recording. The existence of the idol depends on the delivery of top notch dancing, perfect voices, and smoldering stage presence that match what we see and hear in the MV. This portrayal of perfection in every facet possible, by musical and visual standards to even socio-cultural norms, has become so ingrained in K-pop that its audience has come to not just appreciate the flawless ideal, but also to expect it.

Comparisons between live and recorded performances can be as technical as using MR-removed videos or as simple and informal as basic conversation about lives. This rabid search for the holy grail of seamless transition between the recording and the live is in many ways fueled by the pretense that, as fans, we must prove the abilities and talents of our idols to others and/or ourselves. However, what is important is not why, but the aftermath of said action; in this case, striving for or looking for this fabricated idea of “perfection” subliminally perpetuates the integration of constructed reality into the actual reality of the performance. Whether or not the idols involved are talented is irrelevant. The fact is, the more recording-like the idol, the more he or she is respected. 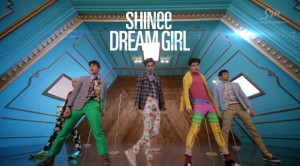 The effects of such a philosophy on our K-pop musical consumption are almost as abstract as the philosophy itself. When given these fan expectations, you have agencies like SM Entertainment who craft the live performance to be as similar to the music video as humanly possible (lip-syncing and nearly perfect dancing) to the point that one starts to wonder whether we’re just watching the music video in a room with air and people (or just another music video if viewing via YouTube). But why do SM Entertainment and other entertainment companies pursue this “perfect” performance experience? Because we, as viewers, demand that it be so—because idols in K-pop transcend music.

In this frame of reference, K-pop is no longer a media type, but a unique cultural existence (in some ways, a performance art) that involves the marriage of visuals, fandoms and music. I don’t think anyone can listen to “Sorry, Sorry” without instantly conjuring the hand dance, “Tonight” without thinking of the guitar smashing, “Alone” without the leg move, and “Bar Bar Bar” without ever wishing synchronized jumping teams existed. In the K-pop world, fan chants are part of songs, fan-service is as common as grass, and concept switching from schoolboys to wolf packs to monks is not at all surprising. K-pop is probably the only music culture in which just listening to a song is not just an inferior experience to watching the song being performed, but an incomplete one.

So, now we come to two distinct, and seemingly mutually exclusive conclusions. First, K-pop is dependent on the merger of realism and reality, making any differentiation between the two forms ambiguous. Second, the live performance is the ultimate K-pop experience, not the recording. So, is it possible to make those conclusions coexist? 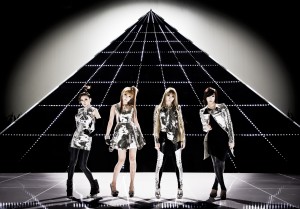 Applying the theory of musical realism to K-pop allows for the analysis of how music is consumed in this sphere of music, but also reveals that K-pop itself is not a musical genre in the slightest. Idol “music” is the construct, idol performance is the reality.

Basically, the compromise between the two conclusions above is that while music is an integral part of K-pop, K-pop in its broadest terms is not music. More specifically, conclusion one shows that artistic expression via music alone in idol-dom is especially complex, and may not actually exist independently. Conclusion two reveals that performances in K-pop exist as part of a broader scope, in comparison to music, making it the true expression of K-pop.

This is most certainly a hard concept to swallow on paper, but it’s something we’ve inadvertently accepted for a long time. Realism and reality can be considered as technical and philosophical jargon that provide some explanations of the cause for that acceptance. This doesn’t mean that K-pop is less than Western music, nor does this make any statements on whether K-pop is high culture, or low culture. Instead of trying to defend K-pop against other musical genres or attempt to define it within preconceived musical boxes, it might be better to leave it as a different art form altogether.

In all likelihood, what label we eventually choose to apply to K-pop will have no effect on how we enjoy it. We’ll still watch MR removed videos, and argue over which idol is better, and we’ll still love our biases to death, but what understanding how constructed realism interacts with our musical psyche shows is that the pursuit for the “live” performance is a failed one from the start. A real live, an un-mediated listening experience that diversifies a song, does not and cannot exist in K-pop because it is against the nature of K-pop. Does that matter? Nah, because K-pop is much more than proving musical talent, or “diversifying a piece of music’s instances.” Heck, it’s not even necessary to know what a song “should” sound like. K-pop is about creating an experience that thrives on the enhancement of the viewer-performer relationship, and that creation is just as noteworthy as anything else in the performing arts.