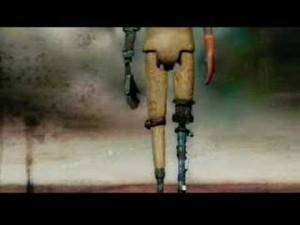 MOT(못) found its humble beginnings as a one man alt rock band, and this lasted until 2001, when it turned into a two-man band — singer eAeon was joined by guitarist Z.EE. The duo released their first of two full albums in 2004. Abstractly, the MOT listening experience can be simplified into the effervescence produced by a lake at sunset, as the setting sun casts an orange gleam on the rippling water below. MOT’s instrumentation acts much like the unsettled lake, while the vocals glow like the sun above. eAeon’s voice, while unassuming at first glance, turns out to be enthralling once one has spent time with it. It’s the kind that puts the listener at peace no matter the arrangement behind it, absent of bells and whistles — to expect more vibrancy or technical skill would dilute the soul of the voice.

“We think our sounds reflect or give the image and the nature of ‘water’, not in the form of overwhelming power nor dynamic movement and energy, but something like in a pond from fairy tales; something mysterious.” –MOT, London Korean Links Interview, July 2007

While some may compare the style of MOT to the earlier days of a more popular name in alternative Korean music, Nell, I think that MOT not only has a distinctly different sound to the former, it also has an illusive quality that makes the group quite different from Nell’s broad-spectrum musical identity. As for other similar groups, the duo does hark back to the likes of Radiohead and other Brit rock bands, but I’d like to avoid giving too many comparative bands for it discolors the listener’s perceptions of the band is.

I think that with MOT firmly residing in the indie category (unlike Radiohead and Nell,) come perspectives on music that beget significant differences in compositional style. Under pressure of vast popularity, music tends to become over-finished; a little too pristine, collected, and assured. In contrast, in nearly any MOT song, there’s always some sort of distortion—a nick in the compositional porcelain—that humanizes the experience.

“나의 절망을 바라는 당신에게” from the duo’s first album, Non-linear, is the perfect example of a song that is brought to life by compositional imperfections. I’ve heard many a song that have a similar tone but rely on a single, consistent instrumental loop that plays underneath the vocal part. What is interesting about this song, however, is that as one progresses through it, it becomes more and more melodically and rhythmically distorted.

While there are a couple of dissonant moments in the first verse, holistically, everything remains cohesive. When the second verse comes around, some parts of the same loop start to go out of tune and clash with the vocals, and you begin to feel the song break down. During the second chorus, the guitar also starts clashing rhythmically with the vocals, pushing the tempo to create further discordance with the original theme. This methodical decomposition is absolutely brilliant, as it conjures a listening experience that is both tangible in execution and conceptually abstract.

Non-linear as a whole follows the same vein, emphasizing deconstruction and unique vantage points within its songs. “I Am” juxtaposes a jazzy piano line with a gritty synth line, “A Wonderful World” tears apart the classic song and reconstructs it as a psychedelic piece, and “Cold Blood” takes a classic alternative rock melody and reduces it to a shell of existence.

Strange season evokes the MOT signature that fans know and love, but with a more polished and crisp exterior. In some respects, it’s a disservice to what made Non-linear captivating as a musical endeavor, abandoning the flaws and subtleties that brought life to their previous collection. For example, “Cloudy Seoul” basks in nearly self-indulgent minimalism, and “11 Over 8” trudges through a monotonous instrumental loop. While I lament the loss of the “trippy,” I wouldn’t let these harsh descriptors discourage you from the album. Belittling the accomplishments of Strange Season by clouded expectations perpetuated by my false sense of authority is not my intention at all. Each man really is to his own when it comes to musical tastes and perceptions of musicians, so it would behoove you to give Strange Season your full and undivided attention before passing judgment.

Whatever your personal conclusions may be, it’s undeniable that Strange Season is most certainly a success in its own right, even if it’s not via the kind of compositional strength that I felt carried Non-linear. “Strange Days” is a song that I personally like, even if the foundations of the song are not of the kind of artistry that I expected from MOT post-Non-linear. “Heaven Song” has a similar feel to “Strange Days,” though I find the instrumentation a bit predictable.

What I love most about MOT, despite my colder feelings towards Strange Season, is that my personal sentiments are no indicator of objective quality. Independent of those likes and dislikes, an MOT album assures a crafted listening experience rather than a product of circumstance. Non-linear is exactly as the title suggests; convoluted, inside-out, and spontaneous.

Strange Season is as aptly named as Non-linear, existing in the netherworld of awkwardness; a moment of adolescence, if you will. The album is moody and tinted in blue-greens, and eclectic in style. It’s stiff in some respects, experimental in others, simultaneously trying to fit in and stand out — reminiscent of teenagers who are trying to figure themselves out. In that sense of things, Strange Season speaks to the human condition as much as Non-linear does.

I guess this is when I’m supposed to tie everything into a crisp bow, courtesy of a poetic and grand statement. But I’d much rather have the music provide closure. I can say whatever I want about MOT, but none of it is meaningful until your experiences clash and meld into the musical manifestation of the artist. 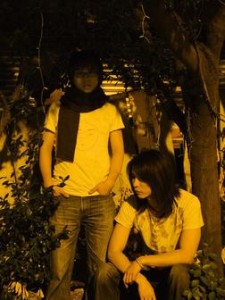 at the lullaby I wake up from the sleep, opened my eyes, but you’re already not there
밤새 마당엔 새가 많이 죽었어
in the night a lot of birds died in the garden
난 종이돈 몇 장을 쥐고 전화를 걸어 천국을 주문했어
I grasp some sheet of paper money and make a call, ordered heaven

Whether you walk out desiring more, lost in nostalgia, or thinking that this group is not quite your cup of tea, I hope that this week’s K-pop Indie Gem convinces you that MOT is at least worth a shot.