Culture Shock: We Got Married And So Did the World, Part 1 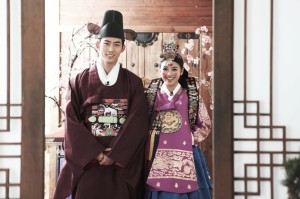 Recently, We Got Married Global Edition finished its 15-episode run. The premise of the show is simple – every week, we get a sixty-minute show which features two couples experiencing married life. Except that the couple both come from different countries and cultures. Earlier, after the first few episodes, Linday wrote an insightful piece foreshadowing potential problems, and she was largely right.

We have two vastly different couples, HongMina (FT Island frontman Hongki from Korea and actress Fujii Mina from Japan and ) as well as TaecGui (Taecyeon of 2PM from Korea and pop singer-turned-actress Gui Gui from Taiwan). One practical reason why a Global Edition would be filmed would to be to tap into and appeal to the huge markets in Japan and Taiwan (which I will be discussing in part 2); but a fascinating product of this is a look at how cross-cultural interactions work, because the show doesn’t shy away from discussing the difficulties of such issues. 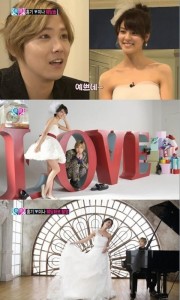 Romantically speaking, the HongMina couple are a better match. They had next to no communication barrier because Hongki and Mina could speak both Japanese and Korean fluently, and had enough experience with each other’s cultures to understand the different nuances in behavior well. FT Island promoted extensively in Japan, and Mina had acted in SBS The King of Dramas.

TaecGui quite thoroughly invited the ire of netizens in the first few episodes, with comments noting how childish Gui Gui seemed given her rudimentary grasp of English and her sometimes exaggerated behavior — and bits of this are true. Because of the language barrier, communication was highly stilted, and it often devolved into Taecyeon suggesting something to do to Gui Gui, and her simply saying “OK.”

Despite it already being a highly-scripted reality show, WGM could not hide how awkward it was between them at first. Taecyeon’s answers to questions about how he felt about their relationship always came off as too glib and pat, at least to my cynical eyes. There was actual frustration at times, especially when Gui Gui broke his figurine when they moved into their new house.

But their relationship was so fun to watch, precisely because the process of getting to know one another was so painful. They had to invent an entirely new language to communicate with one another, based on sign language, body language, and key words. Who can forget Taecyeon doing the mermaid pose on a sofa, flip-flopping his legs hard to imitate the fishtail design of a wedding dress? Or Gui Gui’s “Oppa,” the secret weapon to Taecyeon’s obedience any time and anywhere? It’s like a new culture, with rituals like the floppy-limbed “10 out of 10” 2PM dance to hype themselves up and rock-paper-scissors to settle disputes and dares, aiding their communication. The repeated use of these over the course of the show showed how effort could cross cultures.

Learning to laugh at the language barrier was important for them. Some truly unforgettable moments like this came when Gui Gui attempted to communicate with G.O from MBLAQ. MBLAQ became “Black? I know black.” Later on with the 2PM members, Wooyoung became “Woong”, or meat. Taecyeon’s obvious amusement as he translated Gui Gui’s words showed his hard-won ease with her and his ability to understand her well despite language differences. 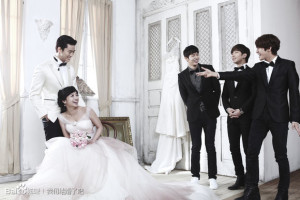 In the debate about cultural globalization, what tends to get glossed over the most is how individuals do inevitably experience difficulty and discomfort sometimes with people who might not share the same language or social habits. This discussion usually becomes too general, with people saying that technology will make the world more interconnected, and slowly our differences will be eroded. But that is sidestepping the question.

What if you have to spend a few weeks with someone you can barely communicate with, and have to behave romantically towards that person? Well, it might not always work out, but you have to try. And in the case of HongMina and TaecGui, that’s what they did. Differences are not always there, but when they are there, they make interaction very difficult, because you have to adjust your thinking and really make an effort to overcome these barriers.

Say what you want about WGM Global, but it was a really human story about people working hard to overcome differences and connect with one another. It certainly gives us much fodder for thought as to how real cultural and language differences can be and how hard people have to work to overcome them.