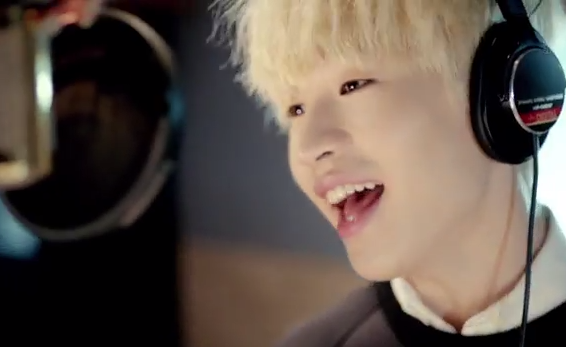 The peculiar thing about K-pop is that as frothy and feel-good as it all is, pure and unadultered bubblegum pop isn’t quite as widespread as it’s implied to be. Sure, every now and then an act will release an all-frills attached pop song for the Summer, or as some kind of “reward” for their loyal fans, but it’s hardly ever a staple sound for anyone. Or at least, not anyone that wants to make a mark in the K-pop scene.

But maybe that’s just how Henry gets away with releasing and producing such fluffy and sugary bubblegum pop music like “1, 4, 3”. What does he really have to lose? Plus, as Patricia’s mentioned before, there’s something very validating for the rest of us pop fans to have someone as talented as Henry indulge so deeply within this “lesser” genre when it comes to his solo endeavors. That could perhaps be why I can’t help but find the MV for “1, 4, 3” strangely charming. Check it out below!

“1, 4, 3” was initially a Side B track for his mini-album Trap, and regardless of whether or not SM always intended for it to become the follow up single as well, “1, 4, 3” still sounds like a title song that would make a pretty good B-side to a much greater lead single. As such, the MV for it has been deemed the same B-side treatment. This isn’t necessarily a bad thing — in this case, it’s not really much of a bad thing at all. Sure, the video isn’t anything special, the colour scheme and filming techniques are so staple SM that it hurts. But it’s relevant to the song, and fits the bill as a visual accompaniment to what’s very much a quick and sweet goodbye track to bid farewell to Henry’s solo promotions. 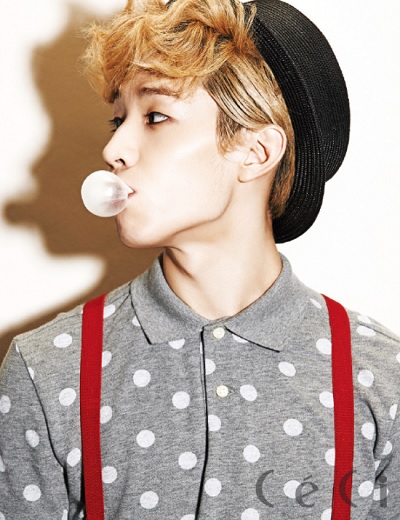 The video starts off  the way many novelty singles do — with Henry in a recording studio. Then Henry disperses into various staple pretty-boy hang out spots; the the mall (escalators in full view), an empty car park, an empty outdoor stage at night. This is intercepted with cuts towards Henry’s lady love, checking her phone for messages from him, until they finally reunite at the end at an empty stadium. Amber makes a short cameo during the video, and does well during her limited part. There’s really not much to analyse here, it is what it is. I mean, we can definitely talk about Henry’s increasingly tragic wardrobe — the use of printed pants has to end. But there’s also something boyishly charming about the backwards cap paired with the shorts and unmatched sweater.

So why is Henry’s video a par above the usual SM affair? I mean, yeah he’s out of a box, but do we really prefer empty shots of badly designed mall sets over the intricate boxes SM presents their other acts with? The thing with “1, 4, 3” is that the video and the song essentially carry the same worth and value. It’s nothing more or less than what we really expect, and the focus is on all the right places. The song is so high in sugary energy that the video doesn’t really need to do much to come across strongly animated as well. Then you have the choreography, appropriately bouncy and springy, with emphasis given during all the right parts of the song. Sure, if “1, 4, 3” was a better, more sophisticated song, this video would definitely fall short of expectations and not be as well-received as it is. But given the context, and the suitability of the video to the audio, it’s definitely good enough. After all, an MV is just visual accompaniment, and depending on the song, you definitely don’t need to go all out and make 10 minute dramas for earworms the way T-ARA did for “Roly Poly”. 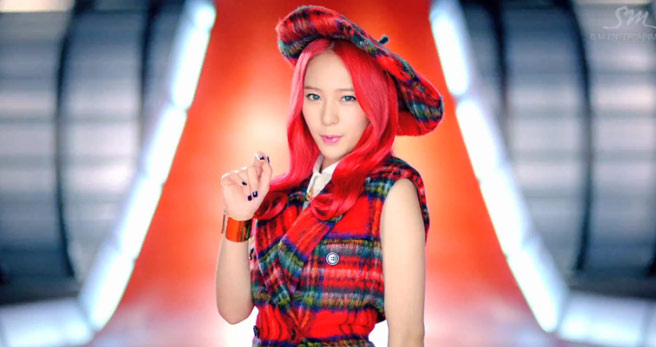 That’s basically why “1, 4, 3” is a better video than, say, f(x)’s “Rum Pum Pum”. In terms of structure and nuances, “Rum Pum Pum” is probably the more thoughtfully made song. And honestly, as lacklustre as the final product was, the production for the video was probably marks above the cost and effort expended for “1, 4, 3.” Unfortunately though, there’s an uncomfortable and dragging dissonance when you pair an odd and slow-burning song like “Rum Pum Pum” with such a painfully formulaic MV. It doesn’t work with the song, and that’s where it just falls flat. The SM formula fits some, very rare cases — and just completely misses the mark for most others.

All in all, although “1, 4, 3” follows a familiar formula, it’s well-suited for the kind of song it’s playing for and serves as a nice follow up novelty video to “Trap”.