Stop and think for a minute. Do you remember where you were when “So Cool” became Sistar‘s first number one single? How about when Girls’ Generation brought “The Boys” back from Japan? Or when Psy uploaded the video to “Gangnam Style?” You probably have no idea. But if there exists one sure thing in this world, it’s that in each of those moments, sitting comfortably in the middle reaches of Korea’s music charts was a song called “Hands Of The Clock” by a man named Shinyoo. This marks the record’s 100th week on Billboard’s K-pop Hot 100 chart, logged at a respectable #26. Peaking previously at #23 and almost never falling out of the top 50, “Hands Of The Clock” is by far the longest-running song on the chart, making Shinyoo into some kind of unstoppable, mysterious musical force.

If you’re a music chart geek, a 100-week run is nothing short of a milestone. In comparison, Jason Mraz spent a record-breaking 76 weeks on the U.S. Hot 100 chart with “I’m Yours,” but that track’s humongous crossover appeal and the radio-centric nature of the U.S. music industry made Mraz’s feat much easier. By contrast, in Korea the competitive, idol-focused industry and consumers’ preference for streams and downloads means that hit songs rarely hold on for more than two months, let alone two years. Yet somehow “Hands Of The Clock” has been running off the same stock live act since 2008, outlasting every single song it’s ever shared chart space with.

Hopefully you did a double-take at that date. As far as I can find, “Hands Of The Clock” is even older than 100 weeks, with live performance videos dating back to 2008, a full three years before the K-pop Hot 100 ever existed. That means that when “Hands Of The Clock” entered the inaugural chart on September 3, 2011, Shinyoo may have already been enjoying mild popularity well before the new decade. However despite the song’s incredible longevity, there’s almost no English-language information about Shinyoo or “Hands Of The Clock” on the web. I can’t figure out his age, his fan page is humbly un-hip, and the scant English-language references to Shinyoo consist primarily of humorous shout-outs to his enduring presence and K-pop chart rundowns that never seem to acknowledge that he’s there.

Of course, Shinyoo is always there, and “Hands Of The Clock” is always on time. A whimsical, peachy treasure of a trot song, “Hands Of The Clock” has almost nothing in common with today’s K-pop. The record practically floats along, with its breezy, oh-so-Korean string section and cordial percussion in a winning marriage with Shinyoo’s hammy vocals. A seasoned pro, he’s still delivering pitch-perfect performances of the track well into 2013. When Shinyoo takes the stage, it’s always the same spectacle: there’s his smile, pinned up like a hammock between his waxy cheeks, on his back sits a newly pressed suit, his dancers sway from side to side, and on a good night, the backing display consists of moving clock hands. Despite the historical age of his chosen genre, Shinyoo is dapper and full of life — he sells the timelessness of his music so well, you’d have to wonder if he’s ever held a smartphone. While I myself appreciate the song in equal parts for its melody and novelty, elderly Korean crowds have sung along with Shinyoo and waved Shinyoo paraphernalia around at his shows for years. The guy has a following, and there’s more than enough video evidence to show for it.

In fact, if you watch enough performances of “Hands Of The Clock” you’ll start to realize that the youth culture K-pop represents and plays to is not the only music market in Korea. Older generations of South Koreans — whether they’re nearing retirement or are in their sunset years — still love to listen to trot music. Dana’s piece on trot last year said it perfectly: “Trot music lyrically and musically has expressed and continues to express the heart of the Korean people throughout history, and it is perhaps for this reason above all others that Koreans have chosen trot music time and time again.” No song proves that like “Hands Of The Clock.”

Around 25% of South Koreans are what many of us would consider “old” at age 50 or above, meaning they didn’t grow up listening to Big Bang, Fin.K.L or even Seo Taiji and Boys; their musical preferences are for the most part cemented firmly in trot and American-style classic pop. With limited crossover appeal, trot rarely musters enough sales to debut at the top of the charts, and the older demographic that adores the genre relies less on relentless release cycles and more on word of mouth. When you consider that “Hands Of The Clock” is built perfectly for karaoke, that becomes true in more ways than one.

The words themselves (well, Google Translate’s strange words) seem to reference past pleasures and distant decades. Singing of drinking, dancing, love, forgotten friendship and the unavoidable passage of time, Shinyoo evinces a kind of massive nostalgia that even young people like myself can feel, if only fleetingly. It’s no wonder then that every time the camera cuts to Shinyoo’s audience of grandmas and grandpas, they all have grins as big as his. In contrast to many frenzied idol fans, their wide-eyed appreciation seems well-deserved. We can hardly remember what we were doing when “So Cool” came out, but I bet much of Shinyoo’s audience remembers how they heard of Park Chung-hee’s assassination, where they watched the 1984 Seoul Summer Olympics at, or the first time they ever put their vote into a ballot box. They hear something incredible in “Hands Of The Clock” that few of us can, or probably ever will understand. 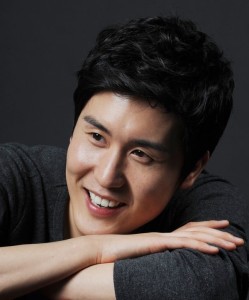 So know that while we’re head over heels about our favorite idol’s newest triple all-kill megasmash comeback, in a modest-sized Seoul concert hall is Shinyoo, serenading that idols’ grandparents with bittersweet music from their youth. He’ll be around for years and years, providing steady employment to backup dancers and trumpet players, waiting for the slow tick of the clock to gradually whittle his audience away. Savor this modern trot masterpiece while you can. Somewhere down the line, there won’t be a lot of music like this.

Then again, what’s five — or fifteen — more years to a guy like Shinyoo?