Money is In the Building! Tiger JK, on the other hand, has made his way to the emergency exits on the right… 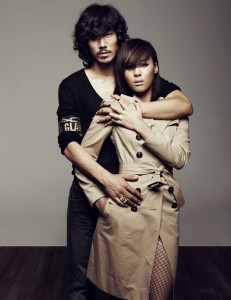 Tiger JK made waves recently, announcing he was jumping ship from Jungle Entertainment, the imprint he founded in 2006, to start a new label, FEELGHOOD Music. Tasha will follow suit, ensuring that their partnership stays intact and allowing us all to breathe a huge sigh of relief at the news that love is NOT dead. Bizzy, the third leg of MFBTY, is making the move too. But no mention has been made of M.I.B, Tiger JK and Tasha’s protégés and now ex-labelmates.

The group first made a splash on the scene in October of 2011 with their debut album, Most Incredible Busters. After releasing 2 EPs and 8 singles, M.I.B. has developed a dedicated and growing following; and Tiger JK and Tasha’s creative influence and clout have helped them on this journey to (relative) success. But now, the group is confronted with the possibility that those fruitful ties may be severed. Without their sunbaes at the helm, the question looms: in these choppy waters, will M.I.B. sink or swim?

We know that Jungle Entertainment created M.I.B, and that Tiger JK created Jungle Entertainment, therefore Tiger JK created M.I.B. and is the puppet master, right? Maybe, but not necessarily. The husband and wife duo were quite hands on with the group during their training period and regularly lend their talents and creativity to the development of the group’s music and image. But Jungle Entertainment invested an unprecedented amount of money in the group, calling in producers, songwriters, and stylists from South Korea, Japan, the U.S., and Europe. It takes a village! And as talented songwriters, producers, and artists themselves, M.I.B members contribute a great deal too, having written and produced their first album. So, although Tiger JK and Tasha have been instrumental in making M.I.B into what it is today, they aren’t solely responsible for the group’s success. The gap they leave in M.I.B’s team might not be as sizable or hard to fill as it seems. 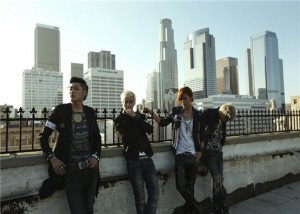 There are two likely scenarios, and one is likelier than the other. M.I.B may stay with Jungle Entertainment or follow Tiger JK and Tasha to the new label. With the shackles of ironclad contracts oftentimes being stronger than the creative and emotional ties that bind artists (ask DBSK what their 2009 was like), M.I.B will probably stay with Jungle Entertainment, unless auspicious timing sees them at the end of their contract term right about now. For image and musical style, what M.I.B and Busterz can expect is probably more of the same. The group isn’t at high risk for being forced to change to pure pop or any other genre. Jungle Entertainment has a proven track record of a commitment to hip hop. Even as the product of Jungle Entertainment’s foray into the world of manufactured bands, M.I.B is decidedly more hip hop than anything else. What will be missing is Tiger JK and Tasha’s touch in terms of songwriting and producing. 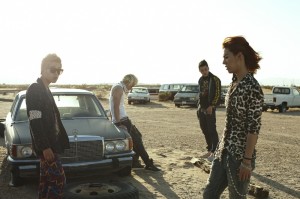 It is true that the two are talented, but so are many others that M.I.B. can work with, so the band has the opportunity to explore new collaborative options; and they may still be able to collaborate with their former mentors, just not as part of the same label. Take heart, M.I.B.
Another less likely scenario would be M.I.B joining FEELGHOOD Music. Again, contract terms with Jungle Entertainment would probably preclude this, but it is an interesting possibility. In this case, M.I.B. could probably expect more of the same, or at least something similar. Tiger JK and Tasha took part in the development of M.I.B’s music and image. The band is already representative of the shared aesthetic of its members and their mentors. It seems that Tiger JK felt held back by Jungle Entertainment. His input, unmitigated by company bosses, might see the band making more adventuresome choices, which would be great. But, generally, M.I.B. will continue as they are, making true hip hop.

The bottom line is that M.I.B.’s world probably won’t be turned upside down by Tiger JK and Tasha’s departure from Jungle Entertainment. They will be in a novel situation, either at Jungle without their mentors, or at a new label, but their music and style will continue to evolve as it has been. M.I.B can depend on their talent and creativity to see them through this time.