Taecyeon Gets 'F' for Attendance 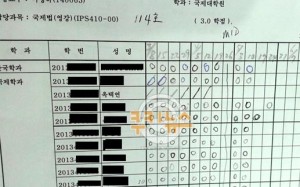 In case you missed the news, it recently came to light that 2PM’s Taecyeon has not actually been attending his classes at Korea University’s School of International Studies. After publicizing his admission to the school last year with great fanfare, it seems like Taecyeon has been too busy to attend; someone cared enough to snap a photo of his attendance record, and the media saw enough business in it to report the story.

The fan reactions include commenting that he stole someone else’s spot in the program, among other criticisms, but it is all a bit mystifying. These are the same people who watch him on We Got Married: Global Edition, right? The ones who wait desperately between 2PM comebacks and who have Dream High marathons? One has to wonder how they expect him to do everything and still be a graduate student in one of Korea’s most competitive university programs.

Of course, not all fan reactions were unreasonable. Some said that it was a private matter; others wondered why anyone would expect anything different from a busy performer. There is something ridiculous about it; while the Republic of Korea and their neighbors to the north struggle to reduce tensions at the border, a K-pop star gets bad publicity for not attending his classes at a school that focuses on international diplomacy. It seems like the thing everyone should really be worried about is whether he’ll be on the negotiating team anytime soon. As far as international matters go, Taecyeon’s class attendance record just doesn’t seem that important right now, but somehow, some people think it is. 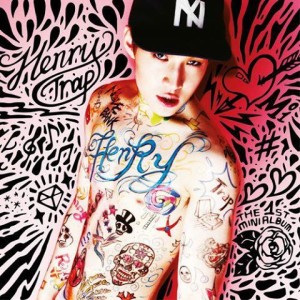 The real story here is overblown expectations. The K-pop industry can often seem like a miraculous thing. Year after year, the machine churns out new, sometimes incredibly talented and fascinating idols. A favorite example is Super Junior-M’s Henry, a Canadian of Taiwanese and Hong Kong descent who once planned to become a professional violinist, and has since become fluent in Korean, a reasonable dancer, and a solo hit maker. Henry, like many other prolific idols, seems larger than life in his accomplishments, almost like a superhero.

Agencies like to play this up because it sells. In these super-humans, we see what we wish we could be, jumping from mountaintop to mountaintop, success after success. For this never-ending show, idols have to be everything and do everything: sing, dance, act, be fashion icons, always be ready to smile for the camera, travel all over the place, do their military service (the hard way) and at the end of the day be the ultimate symbols of hard work: (elite) university graduates. Although even this comes with a caveat: if your name is Tablo, you have to be able to prove it. The lesson learned might be that it’s good to be elite, but not too elite.

Superficially, one might appreciate the general message: education is important and even superstars should have a working mind. But practically speaking, this sets a bad example. It teaches prospective students that success requires efforts that are beyond the capacity of the average person. It creates an impossible standard, both for idols and their followers. Moreover, it hurts the relationship between idols and their fans over what amounts to a personal matter of priorities.

It seems like a losing proposition, having all of your choices being nitpicked like this. People will be angry if he takes time off to go to school instead of continuing to provide entertainment for them. People are angry that he hasn’t managed to juggle everything. Maybe it’s true that his team shouldn’t have been so public about his admission to the program. Maybe it’s no longer a private decision when he’s been so public about it in the past. But, while Taecyeon isn’t my favorite performer or personality, I sympathize. If I were him, I might be starting to feel trapped.