Don't Look For Your Feminist Heroes In K-pop 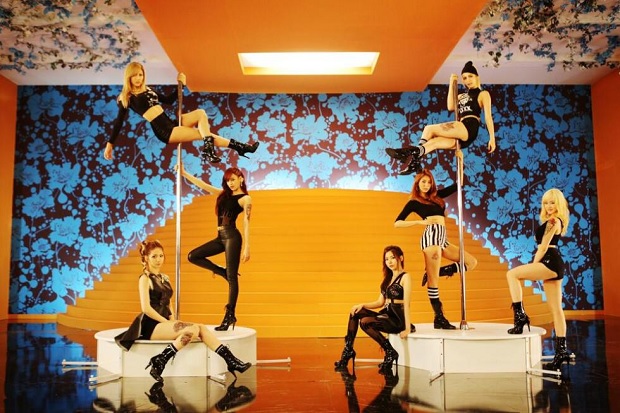 It’s been a pretty busy year for girl groups in K-pop; isn’t it always? But amongst the recent releases of this year, Girl’s Day have returned with “Female President,” Dal Shabet with “Be Ambitious,” and After School with “First Love.” And all three girl groups have been victims of much criticism and vitriol over how utterly demeaning they are towards women. Yes, these girl groups have become the crux of a much larger, massive debate; whether or not they’re hindering the feminist movement and belittling their fellow females. Then again, looking at the never-ending back and forth in regards to HyunA — what female K-pop act isn’t?

Even though it’s hammered into us time and time again to the point of ad nauseum, in the midst of our ranting and complaining, we seem to forget how little choice and flexibility groups have in terms of their concepts and styling. Yes, even girl groups representing the “empowered women” like 2NE1 or miss A. Their concepts are just that — concepts. That’s not to say it’s for null. In the landscape of girl groups out there, to have bands that seem to deter away from pandering to the male gaze and making a name for themselves as being fierce and independent women is certainly a good thing. The thing we have to remember is that no matter how much we may cheer and put these groups on a pedestal, the ideas around these “empowering” concepts and messages have been formulated by a group of men sitting around a large conference room table in YG and JYP.

Girl’s Day and After School can be cajoled by international fans as being regressive to females in this pop industry, but just the same, their eye raising concepts are all made by men up in the corporate ladder, looking to make sales and hit number one on music programs. That being said, the members of the group themselves aren’t any more detrimental to the female cause than the members of miss A or 2NE1 are. Yes, those shady folk at JYP gave miss A a pretty ballin’ concept, but how are they leaders of the feminist movement in pop music when Min herself doesn’t even describe herself as a feminist.

And you know what? They shouldn’t have to be. 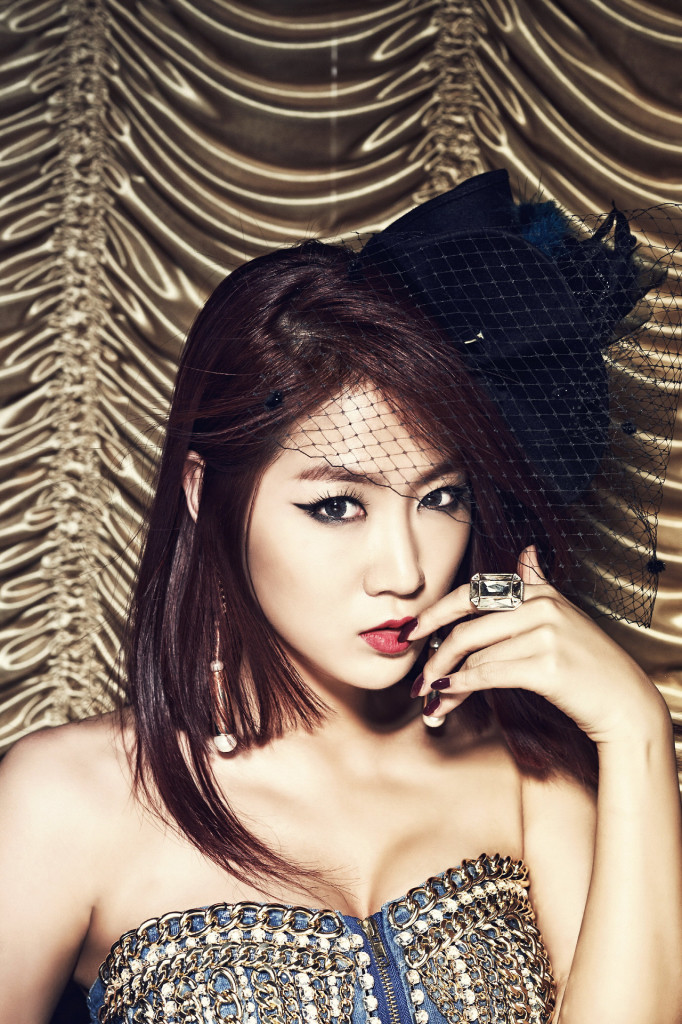 It’s a pretty glaring double standard on its own that almost anything females in K-pop put out are dissected under a microscope and either lambasted for setting the feminist movement back by fifty years or praised for being progressive towards females. This burden of responsibility we’re giving pop stars is incredulous. It’s not to say that pop music doesn’t have an effect on our larger culture, because it certainly does. But where is this same weight and burden being given to male idols?

It’s futile to pretend the sexualization of men and women in the entertainment industry have the same consequence, because obviously it’s not true. At the absolute base of it though, the thing you have to remember is that sex sells, and all these K-pop groups want, more than anything, is to sell. Whether or not the concepts are made with the intention of sexually liberating women or turning on men though is another argument altogether. K-pop girl groups need to sell. This is their career, and to expect them to make a feminist stand with their releases over working on creating a stable income for their livelihood is absolutely ridiculous.

Girl’s Day received a lot of flack for the lyrics of “Female President,” as Dana outlined, and it’s absolutely true that the tactless lyrics should be criticised. The title “Female President” was obviously used as an eye catching gimmick, and honestly Girl’s Day could have definitely afforded to change the title to something else entirely. Considering how the only line that mentions having a ‘female president’ was “Our country has a female president. Why so serious? What’s the problem? A girl gets arrested if she kisses first?” the message of the song or concept could easily remained unchanged had they changed the title to “Go For It” or something. Tying something as trivial as making a move on your boyfriend to the achievement of having a female president elected is absolutely ridiculous and deserves to be discussed. However, actively expecting Girl’s Day to release a song for the sake of the feminist cause and then be disappointed when the song is anything but is also ridiculous in its own right.

The only way you could ever get me to agree to becoming an idol is if you held a gun to my head. Not just because idol-dom and the entertainment industry in general has got to be one of the most mentally exhausting environments to work in, but because I’m a female who’d have to work in said environment. Girl groups, despite carrying more “public appeal” than male idol groups, have to sacrifice fifty times as much and degrade themselves to inane standards just to achieve success. They’re forced to practice the most twisted and uncomfortable choreography, like SISTAR’s aching ankle move in “Alone,” for no reason other than to appease the masses. Furthermore, they sing the dumbest songs and sell the most trite concepts just so they can get a small glimmer of acknowledgement from the general public. It’s harder for them to accumulate a mass of niche and devoted stans to carry them through their careers and spur their income. Girl groups depend on the public loving them and buying their songs. 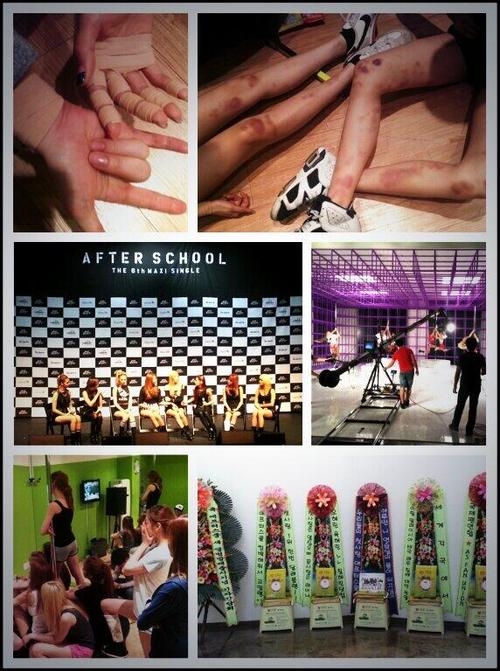 Girl’s Day, the number one example in this article, were forced to jump into a pool during their latest fanmeet/showcase because of some extremely invasive journalists egged them to do it. Despite it being a fatuous request, and the members being distressed by the situation, they were probed by their host and managers to go along with the suggestion just so they could placate the journalists and crowd.

How about After School? Although the pole dancing is very impressive in their latest comeback, let’s not ignore the bruises and injuries inflicted on the members during practice. Yes, the pole dancing is impressive, but it is completely unnecessary, especially if it causes such physical infliction. After School, however, need to do this for attention, to stay in the public eye.

With the glitter and sparkles of being an idol star, the catchy songs, the gorgeous styling, it seems like being a singer is the most powerful and luxurious job in the world. Strip it bare, however, and as Girl’s Day and numerous other K-pop groups have proven, this is not a job where most idol groups are in any actual influential position. No, the most important thing on the minds of Girl’s Days’ members when they had to jump into that pool or on the minds of After School’s members as they sustain injuries from the pole dancing, is that they need to sell. They need to make an income. And that is completely, totally, and 100% fair.

Girl’s Day, SISTAR, After School. None of these acts are in any privileged position. This is their career, and they need to make money. When it comes to the images they portray and the message they spread to the world, they’re merely puppets at the hands of their companies. We can sit here on our computer chairs and become outraged at how they’re the worst thing to happen to feminism, but my bet is that most of us are in a privileged enough position where we don’t have to jump in a pool or spend hours with aching limbs learning how to pole dance to make our income. 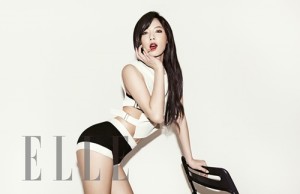 So many angry K-pop fans are expressing their utter disappointment towards these groups for not furthering the female cause, when they shouldn’t even have that standard placed upon them. Not only is it a double standard, but it’s one that they’re in no shape to uphold. It is so easy to cross our arms and mock and patronize girl groups for being anti-progressive, for not living up to our standards of “feminism,” for not being sexual in the “right” way, for not using a concept to make a grand feminist statement. Leaving absolutely no consideration for their careers or the things they might have to do in order to succeed, and no thought that maybe in the grand scheme of things, fulfilling the female empowerment quota for international fans are the last things on these group’s mind.

Groups like miss A and 2NE1? They’re lucky. They hail from big companies, and they were given concepts that are “strong” and “fierce,” so anything sexy they do is seen as “empowering.” Other groups, other artists, even those who also hail from big companies, aren’t that lucky. They aren’t lucky enough to be given a concept that’ll let them be free from the let-down tongue clicking from K-pop fans.

This isn’t to say we should just take the blatantly degrading standards female groups are forced to abide by and just live with them. No, we definitely shouldn’t. We should talk about this. But this is a much larger problem that needs to be looked at a more abstract level first. The girl groups themselves are the last people we should blame and put on a stake. The people who should be questioned are the men running this industry, the audience for what they consume and are receptive to, society as a whole, and the sexism woven into our culture. Other women and what they have to do in order to sustain their careers isn’t the problem — it’s the environment that forces them to do it that’s the problem. Yes, it may seem like a matter of petty semantics, (“Don’t blame the group! Blame the company!”) but it’s of utmost importance.

What these girl groups are made to do may or may not be harmful towards females — but it only is because of men — and taking a quote from Community, “and when we forget that, they win.”

And once again, these are pop groups. Part of the pop music scene. A genre and industry that is built to appeal to the lowest common denominator in terms of taste and image. Yes, I reiterate, pop culture does largely shape our society, but at the same time it’s a little more than a frivolous get away for most people. The people who entertain us, and are part of this industry, are the last people we should be looking to in order to march ahead with our feminist ideals.

Aside from that, there are (gasp) actual feminists in South Korea. Feminists who are intelligent, well-read, and are in a good enough place in their careers to be able to actively lobby for women’s rights. Yes! I know! It may be hard to believe because South Korea is such a backward country and everyone should strive to reach and only benefit women who live in the west, but South Korean women are aware that there are problems in their society. That being a woman is difficult, and they’re making moves to change that.

Support these movements, put the smackdown on men and society because they deserve it. But leave the girl groups to be, and don’t look down on them because you’re burdening them with feminist expectations that they shouldn’t have to be forced to live up to, and celebrate them for the things they can do. Don’t look for your feminists heroes in K-pop — because these K-pop stars are in need of feminism and their own feminist heroes just as much as the rest of us are.