Checking in The Coffee Shop With B.A.P 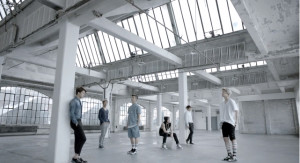 In terms of musical quantity (and reviews that the SeoulBeats team eventually has to get around doing), B.A.P takes the cake. Barely a few months seem to go by without news of them making yet another comeback and giving us another new single for our ears to enjoy.

This however, seems to result in some of us getting slightly jaded of their brand of hyper-punchy, forceful songs. Yes, they have gotten the identity down pat, but surely they could have started to get brave and start working out of the box?

So when I heard that the latest release would be titled “Coffee Shop”, I was slightly excited. Think coffee shop, and most would think lazy Saturdays huddled over the computer writing, with languid music in the background and of course a nice cup of Frappuccino (personal preference there).

So, does the song live up to the imagery evoked?

With a piano and drum opening, the song seems to instantly get running with the laid back and lazy feeling. I particularly liked the jazzy piano tones that seemed to run with the rest of the song, which seemed to have a very fine balance between maintaining the relaxed nature of the song, yet at the same time ensuring the whole thing did not get too boring. 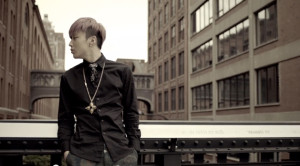 I also liked how the boys were vocally versatile, being able to go into the vocal keys and tone required to pull it off. Worth mentioning would be Bang Yongguk’s rapping, which has never sounded so pleasantly laconic before.

Last but not least, the tune also matches the lyrics perfectly, about the feelings and actions that come with trying to get over being out of love, that mix of optimism and the feeling that some things have changed from the past.

And how about the music video? As with most groups these days who have “made it”, the video was shot overseas, and in this case during their Live On Earth APAHM tour in Los Angeles, San Fransisco, Washington DC and New York City. Also like most music videos these days, there appears to be very little semblance of a plot, with every shot largely consisting of the boys posturing and looking good with various parts of America serving as the backdrop. 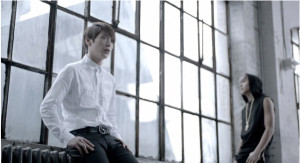 Strangely though, I liked the understated approach to the music video, as it seemed to really suit the tone of the song. It also is nice to see them for once lay off the excessive street wear, and for once dress in more mainstream attire. They still look good though.

Looking deeper, it turns out that most of the locations chosen suit the theme of the single. At the start, the guys are mostly shown walking around solo on the streets, which reflects the opening few lyrics of them trying to get up again, and try to get back into a routine around the familiar places (or in this case, landmarks which people mostly walk around unnoticed).

The subsequent shots show them largely being alone and sitting down, which seem to reflect the later stages of a relationship ending (the whole acceptance and taking time to come to grips with how it is over). Some subtle nods to that also include a member walking around with earphones on (trying to block out the world and doing something relaxing to forget misery), as well as Daehyun throwing a coin into a fountain (which seems to be a metaphor for leaving it to change).

Another thing not seen in a B.A.P song before – the lack of a dance break. While this approach works perfectly in the music video (seriously, having one would have broken the thematic flow), it would be interesting to see how this would work in a live performance, given how B.A.P are known for having some of the stronger dance performances on stage for rookies.

And there is the final scene, which shows them finally coming together at the coffee shop, as if they all share one thing in common and how it so ties in nicely with the song title. Again the links to the song title are clearly stated (Our Coffee Shop…/Without Knowing/Like A Habit/I Came Here [Again])

Aesthetically, I liked the colour treatment of the video, where the sepia-tinted shots gave the video (and the backdrop in general) a slightly melancholic air, but there were still hues of colour, largely from the guys’ outfits.

If there was one criticism about the music video, it was how the slow-moving shots only made worse the jerkiness caused by the use of a handheld camera. Either that or the cameraman had really unsteady hands.

Still it says a lot about how much I liked the song when all my criticisms were this minor and definitely not over the song. This song is a nice image change for B.A.P and does showcase their versatility, proving that they are not just about high energy dance tunes and forceful concepts. That, and being surprisingly adept at this new territory, means this song scores a 4.3/5 from me.