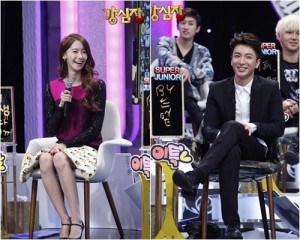 So you are a rookie that desperately needs to get a foothold in the increasingly saturated field of K-pop groups and idols. Sure, you can sing and dance (competently), but so does everyone else.

Honestly, the only way you are going to stand out is by going to a highly rated variety show to showcase your ability to entertain. But which one? Running Man is too physical after a whole day of singing and dance practice, while We Got Married requires far too much commitment to sustain (plus its questionable how much you would like who you get paired with).

The only option if one is that fussy would have to be the talk shows, usually fronted by the likes Kang Ho-dong or some hotshot sitting on a chair. But what to say? Here’s a quick template to help, er, craft your stories.

Host (H): How close are you with your groupmates?

Idol (I): Close enough to shower together. But it didn’t use to be that case.

I: As you know, I am pretty conservative, but (insert member name), let’s just say she has a really liberated attitude towards her…body.

I: The first day we moved in, within a few hours, she began taking off her shorts and t-shirt and started walking around in just a pair of panties.

H: So what did you do then.

I: (In exaggerated tone) I cowered in fear and just closed my eyes (while doing the peeking through actions).

H: But you have gotten used to it right?

I: Well, with time comes acceptance. Plus we can all accept that she has a great figure and is not afraid to show it off. (Cue laughter 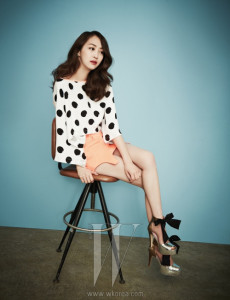 Takeaway: This story works well on many fronts. It sets headline writers’ imaginations wild, offers great fan fiction material and best of all, provides the group with some instant identity (that group with members who are proud of their bodies).

H: So you are a rookie group that has just released a new single this year.

I: Yes. And one of the things that rookie groups have to live with is humble accommodation quarters.

I: The budget only allows for an apartment of this size, so we could only fit two beds in that area. Even when we used double decker beds, only four people could sleep in the area.

H: You are a five membered group right? So what happens to the space for the fifth guy.

I: Well, there was, but leader-nim insisted on space for his brand new 50 inch TV, so we ended up with four beds and a huge TV in the room.

I: Yes he does. It’s the first thing he does coming back from practice.

H: So where does the maknae sleep?

I: He shares his bed with me.

I: It’s a single bed. But strangely, after a few months, I am pretty comfortable with the arrangement. Let’s just say its interesting.

These are just two of the many tried-and-true formulas that idols use when they’re sharing stories for an audience. Any K-pop fan who’s been around even the littlest will recognize these, but we still lap them up anyway, so what does that say about us.

There will be more installments in this series, so if there are other oft-used “stories” that you’ve noticed idols sharing, let us know in the comments!