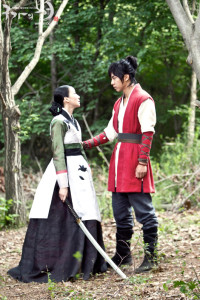 Gu Family Book ended with a bang to say the least, and certainly polarized its audience with its tearful, yet simultaneously frustrating ending.

This writer, for one, was disappointed. The first three episodes of the 19-24 stretch regained the tight pacing and emotional depth from the first six episodes, and beautifully closed the Wol-ryung/Seo-hwa saga. It looked like things were going to end on a high note. Even in the second to last episode, when we were knee-deep in cliches and the “twist” became obvious, I convinced myself screenwriter Kang Eun-kyung would not go there, because that would be too cliche.

Let this be a lesson: Anytime a historical drama pulls out the “future voice” voiceover, it means there will be time travel. No matter how many loose ends it leaves in its wake, we’re going to jump to present day.

It’s not that the ending could never work, but the glaring issue with the show is that it promised a different story than it delivered. Not only did they title the show “Gu Family Book” and summarized it as Kang-chi’s journey to find said book, but also it took six episodes in the beginning to painstakingly create an epic story that played with themes of fate, humanity and family. By the end of the series, all of that is dropped, and that is why the resolution is unsatisfying.

First, the show set up the question of choosing one’s own fate. Strong, sensible Yeo-wool is determined to live in the present and believes she can determine her own fate, which is something the audience believes too. Monk So-jung drops in for convenient prophesy and “rules,” echoing old ways of thinking, ones that the audience wants to reject. However, not only does the story’s ending happen exactly how is predicted by So-jung, but the script also tacks on the expected romantic “second chance” ending, giving us little newness. If Yeo-wool was to die, the ending didn’t have to result in a confusing message about fate, with little character growth from Kang-chi. 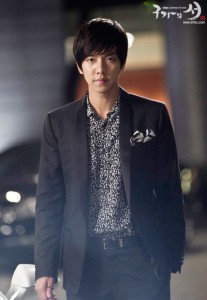 In the beginning Kang-chi was portrayed as a noble outsider, someone on the lower-rung of society who stands up for what is right. When he struggles with not being human, the ultimate lesson is that what makes him human are his actions. Even then, there is still promise of the great gumiho book hunt, but ultimately, the only thing the book stood for is a metaphor for an unfulfilled journey. All the social justice and family that he fought for earlier is lost as the series goes on; all Kang-chi wants is to be with Yeo-wool and die, which becomes his impetus for turning human. This is fine, but it drastically changes his character’s focus and gives us a romance instead of an adventure.

Even in the future, the show indicates that Kang-chi’s pretty much the same by saying time “stood still” for him when Yeo-wool died, and that with her reintroduction things will pick up again. With the additional mysterious epilogue, the modern-day setting becomes an obvious setup for a sequel and feels like a cheap trick, considering the audience watched 24 episodes for little pay-off. However, it also takes away Kang-chi’s character growth over a 400 year period. If the show denies us a wandering gumiho badass, then it better at least show some change over time.

However, it’s not like the cliche-soup was a surprise. There were signs. Beyond the structural and character problems discussed, here are three key points I should’ve realized Gu Family Book wasn’t going to be all it promised:

Tae-seo’s brainwashing problem was nonsensical in its rules and a clear sign that the drama was not beyond reaching into the standard plot device grab-bag. The storyline and any growth Tae-seo gained from it quietly petered off, showing that the situation was only used for immediate drama and not character growth. This was the first indication that the side characters who bolstered the story were going to get left behind.

2. By Episode 18, the Gu Family Book was only mentioned a few times

The lack of explanation on this mythical “book” is one example of how the series didn’t world-build effectively. In fantasy worlds, it’s important to establish clear rules and stick to them. This book is supposed to help Kang-chi become human, yet we’re told twice the process for how a gumiho becomes human, and it has nothing to do with the book. One thing that made this show fun was its supernatural aspect, but unfortunately it ends up half-baked as the series drops in rules and changes them for its own convenience.

Our baddest of baddies lived way too long, considering he used the same strategies the entire show. Someone should have taken him out earlier, because the way our characters kept falling for his tricks made them look stupid or naive. There are ways his character could’ve been handled better, but the point is that we were in for a lackluster end once the writer kept letting him recycle intimidation tactics. I was ready for him to depart once Wol-ryung entered as the second “bad guy,” though it was awfully satisfying to see Seo-hwa stick it to him one last time. 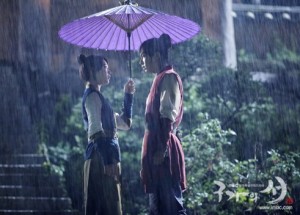 While there were great moments in this overly long drama, the ending deviates from the initial setup so much that it drags the show down from “better than average” to “painfully average.” There’s nothing worse than seeing glimpses of what could have been, only to be given an ending so obviously done to serve a sequel and not the present story.

Watchers, did you like the ending? Or if you didn’t, how would you have ended it?