Sunny Hill Hangs Out With The “Young Folk”

After all these years, I admit to having a strange love-hate relationship with Sunny Hill. I appreciate how the music they produce is usually a cut above the usual K-pop group stuff, yet is still pretty accessible, and I like how they try their best to not get pigeonholed.

[youtube http://www.youtube.com/watch?v=vjBHPvYW3Gk&w=560&h=315]
On the other hand, there has been a worry that recently, some of their tunes have started to sound watered down, and that maybe without Janghyun, they might have lost some of that clear direction of works past, judging from all those sudden image changes dabbling in ballads and whimsical tunes.

With their latest release, “Young Folk,” Sunny Hill promises yet another image change, this time choosing folk music as a source of their influences. Let’s see if this is an appropriate direction to take. 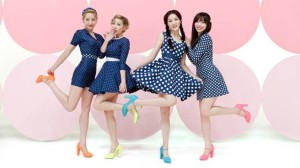 This track opens gently with a guitar and drum rhythm, and settles nicely into it. I also particularly liked the gentle singing that came along with it. While I do not think this track would work well as a promotional single (well, there are other tracks for that), it does very well to set the tone for the rest of the album, which is one that trades electronics for instrumentals, and hard synthesizers for soft banjo solos. I, for one, am not the biggest fan of weirdly placed instruments in pop songs, this song is a good example of how, with some efforts, apparently conflicting ideas can be made to work.

Darling of All Hearts:

The song builds up quickly after the slightly languid rhythm. Contrary to what the blurb called it, a polka rhythm based song, I did not consider it as such. I found it more of a folksy pop song, along the lines of 2Yoon’s “24/7,” but with less emphasis on creating a dance/radio sound, and more of a laid-back instrumental heavy sound, resembling that commonly heard in K-indie.

That is not to say that the song is just a glorified instrumental, dull to the point of background music. The song can still engage, the vocals are still at the forefront of the song, and it makes for enjoyable listening, in the “play it at medium volume and just enjoy it” sense.  Best of all, it works both as a single and as part of the album, something that cannot be said of too many other songs.

This song largely sounds similar to the title opener, except for a less complicated instrumental. As fitting with the theme of the album, the song makes for a gently uplifting listen. Although I found that the song got slightly monotonous after the second bridge, at least the song ended on a high note (figuratively) and in any case, it is not excessively long, clocking in at around 3 minutes and 20 seconds.

Now this makes for an interesting approach. While “Anything You Want” still sticks to those instruments, instead of using them for that laid back sound, it chooses to turn up the sass. With a bold and slightly diva-ish sound, “Anything You Want” might not exactly be fitting the theme of the album, but it ended up being the one I re-listened to the most.

Equal parts earlier Sunny Hill material, equal parts a rock-pop mix, this song is one I hope they could perform live as part of the promotional cycle. The only thing I could criticise about this song would be the quality of the mix, where the instrumentals at times threatened to be louder than the singing, but that is more of a production issue, rather than one of composition. 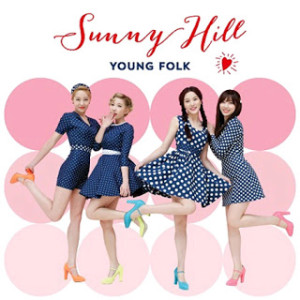 I Don’t Know About Too Many Things:

After the high of “Anything You Want”, the album ends here. Although there are six tracks on this album, the last one is an instrumental of the promotional single, and hence does not really count. This song, for me, would be one of the few low points of this album.

While this song still follows the theme of the album, it seems to do so in a far more perfunctory way, sounding as if it was forced to fit a theme, rather than as a song that could stand on its own. Where it falls apart though for me would be at the chorus in trying too hard to sound like a generic sing-along. The final criticism is how the instrumental seems to drag on for a good part of 30 seconds past the point it should end.

Thankfully, being the last track, it does not leave too much of a sour note, and can be skipped easily.

So, does Sunny Hill’s newest direction work? I would consider it a conditional success. While the album is strong in the first half, and rewards more with repeated listening, its overtly laid back nature means it might struggle to appeal to listeners who enjoy their songs with a harder edge. That, and some unexpected direction changes and a dull end temper this mini album’s score down to a 3.5/5.