Baek A Yeon's "A Good Girl" 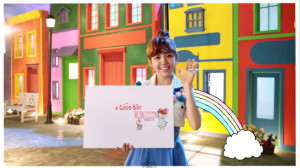 I rarely come across music in K-pop that is truly easy listening, where I can sit back and let an album just flow by me like nothing ever happened. And if I do come across albums of that nature, I usually end up with the likes of Juniel‘s Fall in L — aegyo-laden, saccharine affairs more likely to leave you with a cavity than soothe you. Baek Ah-yeon‘s album certainly came as a surprise, since contrary to the childish construction of the cover, the album is quite solid and self-respecting, even if it comes out quite airy. Substance-less material certainly does exists within the album, but it’s in small quantities such that it’s not distracting enough to avoid giving credit to the album where due.

“A Good Boy” strikes a decent balance between complexity (via Baek Ah-yeon’s vocal finesse)  and feel-good charming simplicity (the melody). Though much of the music in this album feels like a rehash of other music, “A Good Boy” included, the song stands out enough that I can take it in for what it is. It’s not boring, though I wish she had released a title track that spoke more to her singing ability than her innocent image. If this is a method to garner ahjussi fans, color me not impressed. Nevertheless, Baek Ah-yeon pulls off the song with enough nonchalance that I get into the groove and find the song enjoyable and cheerful. I’m quite appreciative that she doesn’t do that unnatural high pitched thing with her voice (that I hear come out of IU and Juniel on occasion), and sticks to maximizing vocal flamboyance. In short, I’m sold.

I’m going to be frank, “Because of You” puts me to sleep. Whatever made “A Good Boy” palatable is lost in “Because of You.” That doesn’t necessarily allude to the song’s quality, but I’m certainly skipping this when I listen to the album again. It’s a song that makes no attempt to stretch the generic framework its foundation lies on and leaves nothing for me to try to pull apart. It’s too predictable and it doesn’t make any effort to make that predictability interesting. Though I can never attest to the appeal of the “Because of You”s myself, I understand that there’s certainly an audience for them, and those people are going to be throughly satisfied with “Because of You.” As for me, the one saving grace of this song is Jia‘s rap, which gives a bit of density to all the cotton candy floating around.

“Tell Me” is the song that harks back to Baek Ah-yeon’s first EP, I’m Baek. It’s a minimalistic ballad that drives focus to Baek Ah-yeon’s vocals. She doesn’t really have any standout quality to her voice, but it’s nonetheless gorgeous. I can easily see this song fitting into a rom-com OST carrying vibes like Pasta or even a weekend drama. But again, I don’t find anything special about “Tell Me” that I can really write more than two sentences about.

“I Love It” revives the carefree quality that I enjoyed in the beginning of the album, and Baro‘s feature was the perfect complement to the lighthearted quality of the song. It has punch where punch is needed, and restraint where restraint is needed. It’s the perfect summer song, and I’m really loving the integration of the flute into the song. It’s an unexpected embellishment that actually gives more color to the song than one might think. I actually listen to this song with the intention of finding the flute and seeing how it reflects off of the vocals more than the song itself. “I Love It” is easily my favorite of the songs so far. I guess I could say that… “I Love It” (corny pun totally intended).

Well, “I Love It” had a really short reign as my favorite song on the album because “Like Oxygen” basically slaughtered everything else on the album. Baek Ah-yeon has a great voice for pop-rock-esque music because she has a very clean and smooth voice that compliments bands well. I really enjoyed the chorus in this song; it has a lot of confidence without being theatrical. I certainly love my theatrical pop-rock if my tastes have not become completely obvious at this point, but I appreciate the restraint in “Like Oxygen” as much as I do the theatrics. All the instrumentals elements are displayed in dashes and sprinkles such that it maintains the easiness from the rest of album. There’s a little bit of synth, a bit of strings, a bit of guitar, a bit of drums, and it all meshes together really well without suffocating anything else. “Like Oxygen” is such a satisfying way to the end the album; I only wish she would have taken this boldness further than just one song. The style works really well for Baek Ah-yeon, and it also gives her music some distinction from other female K-pop soloists. 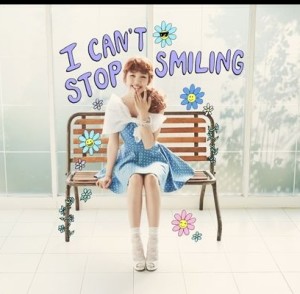 Overall, A Good Girl was a fun listen, enjoyable while it lasted but not very impressionable. The songs were mostly good and it doesn’t hurt that Baek Ah-yeon’s voice alone makes many songs easy to listen to. Her timbre has a smooth quality that can rarely be mishandled and carries lot of room for breadth. Yet in that context of Baek Ah-yeon’s vast potential as a singer, A Good Girl is a bit of a let down. She has the ability to push boundaries in pop music (“Like Oxygen” is an example) but she gives us but a fleeting taste of her talents. I hope she doesn’t get bogged down by expectations for consistent releases like “Sad Song” and “A Good Boy” such that the tad more “experimental” releases are put on the wayside.

At best,I would call A Good Girl summer driving background music, and at worst, mostly forgettable. It’s a shame, really, when it’s obvious that Baek Ah-yeon could do much more.