Episodes 1-16 of “You’re the Best, Lee Soon-shin”: A Primer For the Uninitiated 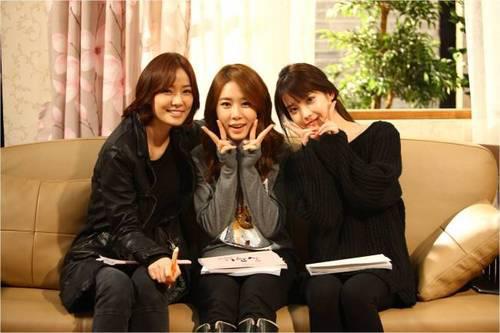 You’re the Best, Lee Soon-shin is the latest big name weekend drama to hit the airwaves, premiering about a month and a half ago on KBS2. It is planned for 50 episodes and is currently doing decently ratings-wise, as far as weekend dramas go, hovering in the high 20s, and will probably break into the 30s soon.

The story is about a girl named Lee Soon-shin (IU) who is the loser-ish maknae child in a family of three daughters. She’s not very adept at securing a job, isn’t very smart, and is prone to disappointing her family. Her name is a running joke to anyone she meets for the first time (it’s the name of a famous Korean male general), and in general doesn’t have a lot going on for her in her life.

In a fit of desperation after flunking yet another job interview, Soon-shin falls prey to a con man who promises her that he can make her into a star because he is the head of a talent agency. Maybe his compliments felt much-needed at a time when she was experiencing low self-esteem, but soon enough Soon-shin has shared her bank information with the con man and he’s taken a $10,000 loan using her name, and subsequently skips town.

As if being conned weren’t bad enough, Soon-shin loses her dad to a car accident. Her father was understanding and loving, and losing him was a big shock to the entire family of women he supported: his three daughters, wife, and mother.

If the set-up seems a little tedious, that’s because it is, and this is barely even the half of it. But keep in mind that weekend dramas are meant to go on forever and they cater to an older, more family-oriented audience that likes characters who live through hard-earned life lessons.

16 episodes in, “Lee Soon-shin” focuses on Soon-shin’s quest to become an actress for real, after the owner of an actual talent agency wants to see if he can turn Soon-shin from a nothing to a Something. Talent agency prez is Shin Jun-ho, who is played by the awesomely winning Jo Jung-seok. 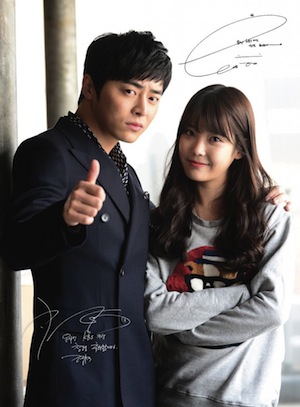 As part of a bet (yay, bets! Love cliched drama bets!) with an old flame, Shin Jun-ho sets to prove that he is a competent talent manager by signing Soon-shin to his agency. He has six months to prove that he has the Midas touch with Soon-shin, someone both he and his old flame believe is just too average, too lame to turn into an actual celebrity.

The cast of characters is charming and their storylines are easy to follow. Yoo Inna’s character attracted a lot of negative reaction for the character’s initial abrasiveness, but she has shown a lot of change throughout the episodes, particularly now as she embarks reluctantly on a relationship with Go Joo-won’s Park Chan-woo.

Son Tae-young plays the eldest daughter, freshly divorced but hiding it from her family as she tries to figure out her next steps. In the meantime, she’s moved back home with her daughter, and inadvertently befriends the funniest, most awkward bakery owner in her neighborhood, played winningly by Jung Woo.

IU and Jo Jung-seok have a great chemistry together, and while Jo Jung-seok’s character is a very typical powerful male with lots of money, Jo plays the character without taking him over-the-top. IU is one of the best idol-turned-actors, who showed a lot of great potential when she first acted in Dream High and is really going on to prove her natural ability to connect with her characters.

We’ve seen this sort of romantic premise in “Lee Soon-shin” a thousand times before in other dramas, but in the format of a 50-episoder, you watch partly for the main plotline, but mostly for the family dynamics. In long family dramas, it’s never about just one character’s solo journey in life. It’s more like a main character’s journey through life: a mix of romance (how this romance affects her grandma, neighbor, and second cousin), career (what does dad think about this? His assistant? His younger sister?!), oh, and more family life. You have to be patient with family interaction, and many, many, many families coming together.

There are birth secrets, blabbermouth managers, and jealous exes in “Lee Soon-shin,” but we won’t focus on that, because that’s the stuff that drags the drama down. They cause conflict for our main cast of characters, but they’re not well-written, and the writers have mostly stuck to Writing Villains 101 lessons when drawing their characters, which means that their scenes are a necessary evil, but not a compelling one at the moment.