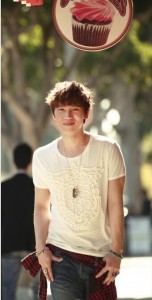 After the success of “Please Don’t” and the first part of his third album, K.Will has released its second half, The Third Album Part 2. While each song is strong on its own, the entire album is characterized by a relaxed, breezy sound paired with K.Will’s dynamic vocals, making it the perfect album for spring. Conceptually, the album paints a story from track-to-track of remembered love, taking the listener through an emotional journey, and delivering a very solid set of songs.

The opening track, “Spring Memories,” serves as an introduction to K.Will’s voice. At the beginning, his vocals float atop a bare piano, emphasizing his softer, delicate range. As K.Will hits more powerful notes, a few more instruments crescendo in, but the piano remains constant and brings him back to the sweeter tones as the song fades out. The lyrics are about remembering the start of a relationship, and the music pulls the listener back into that spring love. While this song sounds more like a typical emotional ballad, it is a great demonstration of K.Will as a vocalist. Its brevity saves it from falling into something too sentimental.

Next, we move into this spring love with “Love Blossom,” which is the main promotional track on the album. The lyrics liken falling in love to spring, and the prevalent wind and sun imagery is reflected in the upbeat tempo and brightness of the horns. The song retains the piano from the previous track, but as soon as the horns kick in it shifts to a modern big band sound. A steady swing-like feel keeps the music danceable, while the harmonizing backup singers add an easy flair. If we continue to think of this as a “memory” like the opening track suggests, these sounds also help paint a warm, nostalgic picture for the listener, and frame the melodious quality of K.Will’s voice. “Love Blossom” is an all-around pleasant song and a great upbeat, promotional track for K.Will.

In “Bon Voyage” (Feat. Beenzino), K.Will’s love has progressed beyond the beginning, and the lyrics propose going out on a beautiful day. The weather imagery is also present in this song, and the warm tone of K.Will’s voice combined with the continuous beat and turntable sounds evoke images of rambling down the street, echoing the lyrics “let’s go play outside.” Like “Come to My Crib” in Part 1, this is a collaboration with rapper Beenzino. K.Will’s voice is super smooth, almost like he never takes a breath, which contrasts Beenzino’s rougher voice and rhythmic interjections. The sound is mellower than “Come to My Crib,” but this works with the overall theme of “memory” in this album as it displays the song in a rosier light. The repeated scratching recalls old-school turntable styles, and gives the song more depth than a traditional ballad.

“Lay Back” is the song K.Will promoted last week on music shows with “Love Blossom,” and it’s a nice contrast to the very sweet sounds of the first part of the album. The song brings out the huskier, sexier side in K.Will’s voice, and the repeated refrain “Lay Back” is highly suggestive as to what this song is about. In fact, the lyrics are very simple and repetitive, but musically the song stands out through its beautiful build. It starts off low-key with an admittedly cheesy keyboard slide, but once the drums come in, the song kicks up the energy and becomes as danceable as a ballad can be. This energy builds throughout the song, even when most of the instruments drop out in the bridge. K.Will’s voice alone carries the energy through to the last repeats of the chorus, and then song stops a bit abruptly with a guitar slide. Overall, “Lay Back” is one of the most solid, fun tracks on the album.

The next track, “Memories Ringing,” fills the obligatory slower, sad song slot on the album. It sounds the most like a traditional pop ballad, an emotional song with a slow tempo and bare instrumental, allowing for the singer’s voice to take center stage. It tells the story of a broken heart and how the memories of the relationship are making the singer cry, while holding his phone, creating a double-meaning for “ringing” in the title. The song has an appropriate somber tone, and the background vocals do a good job of creating a dreamy atmosphere, but it’s not the most varied song in terms of rhythm or dynamics. However, K.Will demonstrates a lovely restrained sound that conveys his emotion, but not in a maudlin way, which can be the pitfall of a ballad.

Next up is “Marry Me,” bringing the uplifting feelings back to this album. As promised, the song is a sweet marriage proposal, and the sugar-coated happiness starts after the odd, distorted electronic sound in the beginning, and doesn’t stop ‘til the end. The chords from the beginning morph into a guitar, and shift from distorted to an ‘80s power-ballad feel. While this drives the song, when combined with the lyrics, the sound boarders on cheesy. Like the previous track there’s not much musical variety, and “Marry Me” also tends to lose K.Will’s voice in the music.

“Fade Out” rounds out the album, not only by title, but also through its darker sound. Looking at the love journey in the album overall, “Fade Out” tells us that the relationship didn’t work out. However, instead of a memory, the song is in the middle of a breakup, and a complex musical arrangement reflects the tension in the lyrics. There’s a melodic, smooth jazz guitar, which is similar to the way the piano sounded in earlier tracks, but K.Will’s voice is filled with emotional tension instead of ease, creating a broken-hearted atmosphere. At the end of the song, K.Will displays impressive vocals, which overlap and make it sound like two people are singing, illustrating the split in the relationship.

K.Will has proved again that he is a stellar singer and performer, but what makes the album great is his vocal ability combined with fresh instrumentation. While a couple tracks contain more generic pop-ballad songs, overall this album has variation and a cohesive sound that will turn even the most resistant of ballad skeptics. 4.5./5.

Readers, are you loving K.Will’s album as much as I am?