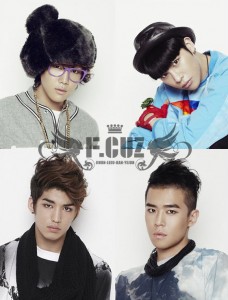 Hello everyone, and welcome to another Seoulbeats Roundtable!

We are always learning new things in our lives, but sometimes you just can’t help but feel that something was common knowledge… to everyone but you. So, whether it’s the pronunciation of “Sone” or who Han Ga-in‘s husband is, has there ever been a time when you’ve felt like you were the last to know?

Amy: The all-time SB classic: that “F.Cuz” is pronounced “focus.” And not “eff cuz.” Like, what the eff?

Gaya: F. Cuz always threw me off, and that “z” still annoys me for no good reason.

I’m the last to know a lot of Hallyu things, but the one that has me the most upset is finding out who Han Ga-in’s husband was. Still not over that…

And while we’re on that note, Shawol… I always thought it was funny-sounding but didn’t give it too much thought given that SM tends adopt a number of strange things (purely for shock factor) when it comes to SHINee and f(x). It took forever for me to realize it stood for something as simple as “SHINee’s World”.

Mark: K-pop itself! Up to about a year ago, I was still such a newb! Needless to say, I was much enthralled and I caught on pretty quickly. I was quite vexed by K-pop and knew I enjoyed it for some reason, but it was hard for me to process what I was consuming. Luckily, Seoulbeats helped me out, and still does. 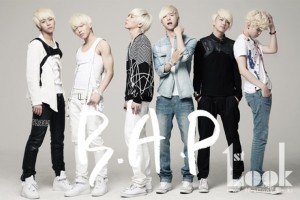 Johnelle: I’m always late to the party knowing the correct pronunciation of things like Sone (what, it’s not like sown?), SS501 (why would it be ‘double s’ instead of ‘s s’ is beyond me) and I have a fondness for calling B.A.P.–Bap. I’m not really the kind of fan that digs, so I’m always the last to know about inside fandom things like what the hell “roll like a buffalo” meant, what the heck are the various groups’ balloon colors and fandom names, and a lot of the ships sailing out their in the K-popiverse. Even though I’ve been a K-pop fan for years now, I still feel like a complete newbie sometimes.

Gaya: I like Sone because it causes the hook from “Genie” to start playing in my mind, and I like “Genie.” I used to think it was “sown” too, but I can roll with “sowon.” And I’ve already admitted to calling B.A.P “bap;” so you’re in very good company, Johnelle, if I do say so myself.

Ambika: I felt like one of the last people to know that Super Junior-M was not made up of only Super Junior members. For the longest time, I kept rewatching “Super Girl” convinced that Zhou Mi and Henry were just Kyuhyun and Donghae in a different light until I finally realized the Internet exists and I could just look this information up. Man did I feel like a fool for that. Also, when miss A debuted with “Bad Girl Good Girl,” I figured out Min and Suzy pretty easily but was convinced Jia was Fei and vice versa. For some reason, I never checked up on that. It wasn’t until one of their comebacks that I looked and wondered what I was doing with life. Even to this day I have the urge to call Fei Jia, even though I know that’s wrong.

Ambika: Those were hard times. As it was, I wasn’t proficient at telling apart the SJ members or remembering them all, so a subunit threw everything into whack. 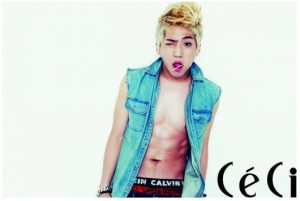 Nicholas: I would admit to being slow to getting fan ships. At first I always found them smutty figments of fan imaginations, until I realised that in some way, they added to the fun of being in K-pop. Viewed another way, some of the interactions are the same as how good friends would joke/play around with each other, as well as how being friends off stage translate into better power plays on it. Now if I could just quit ranting about the fans who write stories of “sexy time” or lionising every single exploit of any pair.

Another thing I am slow with is getting boy bands, especially the new ones. Slow to catch on the goodness of BtoB (though the second album helped), slow with Beast & MBLAQ; and most heinously of all, slow with B1A4.

Finally, learning names, though that was more of when I began fandom. Eventually though, it gets so effortless if cause of all the things they do, and partly due to interest. When one can remember 9 members in one group, what is 13 of another relevant (and 7 of a group you love?!) 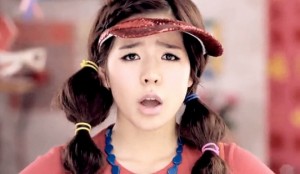 Lindsay: Oppa. For the longest time I was only into K-pop music, not dramas or fan culture, so when I started getting more interested in the community at large there were all these fan girls say “my oppa!” and I just had no idea what that meant. Should I call people oppa? Was it like senpai in Japanese? Overall, a very complicated and delicate term, so I’m glad I looked it up. Especially since I learned that I won’t be calling much of anyone oppa in the K-pop world (forever noona).

And B2ST: I’m sorry but that name is just confusing.

Gaya: That first “h” is forever tripping me up.