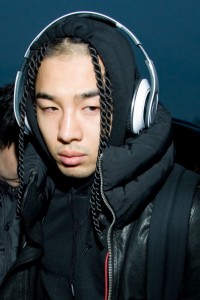 At Seoulbeats, we’ve talked about idols doing or saying various problematic things that clash with our beliefs. It’s hard to see behaviour like this occurring, but it’s even harder when the perpetrator is someone whom we greatly adore: our bias. This week, we ask you writers: When has a bias of yours done or said something problematic, and how did you deal with that?

Mark: There was some criticism over the misuse of Native-American attire that was featured in the MV for After School Red‘s “In the Night Sky,” which at the time I admittedly saw little to no problem with. After all, it wasn’t like the After School sub-unit was running around looking “tribal,” “native,” or “uncivilized” as was the case with T-ara in “Yayaya.” The setting was simply a bonfire party with a minimalistic “cowboys and indians” theme and the cultural appropriation came in the form of turning certain pieces of Native-American garb into a party costume. Albeit Nana went a bit overboard by bringing in the entire headdress, I did not feel that the MV portrayed Native-Americans in any way that was negative or overly inappropriate. 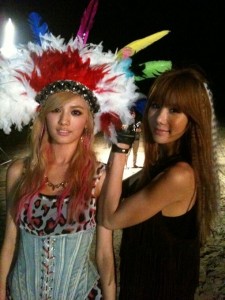 However, in retrospect, it was also negligent of the concept designers to overlook the significance that certain cultural items have on those who partake in said culture. The headdress can be a highly meaningful piece of attire for some and offense can be taken for the MV’s attempt to popularize and fetishize such a symbolic item of cultural specificity. If the situation was reversed, and indigenous Korean attire was depicted out of context in what is essentially a party dance track by a non-Korean, the issue would certainly raise a fair amount of eyebrows as well.

This case is somewhat similar to the one which caused No Doubt to take down its MV for “Looking Hot” due to the criticism it drew from the American Indian Studies Center. Due to the MV’s likelihood to contribute to the image of Native-Americans as being savage and hyper-sexualized beings, No Doubt immediately took down the MV and released an apology statement. It was a good PR move on the part of No Doubt, and its no doubt that After School took a a hit in my book when I came to the realization that cultural borrowing for the sake of constructing and/or furthering a concept is ultimately hurtful in its distorted representation of the borrowed culture.

Plus, Nana looks much better without the headdress.

Gaya: I’ve actually decided I’m never going to buy a physical copy of SHINee‘s Lucifer, thanks to Minho in a headdress. He’s only wearing it because of SHINee’s “contemporary” style which SM has produced by aping hipster culture, but considering the way headdresses are misappropriated by some hipsters in the first place, it does not sit well with me. My coping mechanism is generally to acknowledge the wrong-doing when I first see it and then to try an avoid it as much as possible, as though ignoring them would make the whole thing go away. I have bought some songs from Lucifer on iTunes, but that is as far as I’m willing to go for that album.

Another instance would be their performance of “Always Love” during their Japan Arena Concert Tour: sure, the song is nice and the boys are cute, but it doesn’t change the fact that their back-up dancers are dressed in a stereotpically “tribal” style. SHINee has some weird concert stages, but I sincerely (and probably futilely) hope they don’t do anything like this again, because as much as I love their music, I don’t want to be thinking of these things when I hear their songs, especially repeat offences. 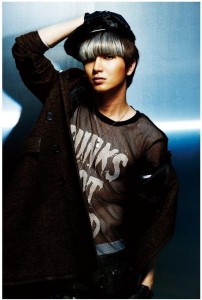 Sophia: I’m going to come clean now – my ultimate bias is Park Jungsu. As in Leeteuk of Super Junior. Believe me, I’m appropriately ashamed, but the bias chooses the fan, Mr Potter. As a fan of Super Junior I’ve had to stomach some pretty awful things — Shindong‘s little rant on overweight women, the manhandling of Marilyn Minroe, Siwon‘s homophobic father etc. In exchange I get thirteen guys (give or take) who are generally pretty sweet and entertaining.

It wasn’t long after Leeteuk had snatched the top spot from SHINee’s Jonghyun (pity me my taste in biases everyone) however, that I came across a transcript of the radio interview in which Leeteuk told Miss A‘s Suzy to lose weight. Bae Suzy. I just. Ugh.

I do think it’s important to understand that the entire Korean (and tbh global) entertainment industry was on his side. As I type I’m watching YG tell a K-pop Star entrant (who is by no means overweight) that she’ll look much prettier if she loses five kilos. Whether or not this is OK and why is a conversation for another time, what matters here is how I reconcile my love for the man with my knowledge of his occasional idiocy.

In short, I don’t. I try not to think about it. In my day to day life I try not to put too much stock by the things people say offhand and I see no reason to treat my one-sided relationship with K-pop idols any differently. And to be frank, I find his slavish devotion to the k-entertainment industry (at the expense of his and his group’s integrity) more frustrating — although now that I think about it, the two are probably closely related… 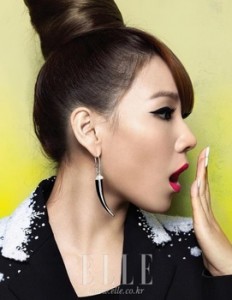 Nabeela: Oh my gosh, as much as I love SJ, I totally know what you mean Sophia. As an ELF through and through, you sometimes have to swallow some pretty bitter pills. I definitely face-palmed over SJ probably just as long as I’ve been in love with them.

I think CL once mentioned in an interview that Korean singers are much more passionate than singers from Japan and the US, and as much as I die over CL, I was like honey just stop. Half your music is a product of and certainly influenced by sounds coming out those two places so please, stop. STOP. I was actually kind of embarrassed for her. That’s the problem with YG hype though. YG artists themselves start feeding off their own hype and then you get statements like that.

Nicholas: I think it’s when idols talk really dumb that you do wish there was some IQ behind their entertainment smarts. Granted, as I’ve said before, book smarts are not really a factor for success, but when idols make dumb/politically incorrect/presumptuous statements, you always hoped someone schooled them on the things to not ever say to annoy fans.

Then again, as Nabeela and Sophia have said, maybe we are willing to trade some smarts for the cute/handsome/pretty. And as good fans, be willing to justify it. I still remember reading about a J-celeb white-washing Japan’s war history on a variety show, and fans worldwide defended her saying “She gave up the classroom for the spotlight,” “If you wanted to see real Japanese youth, watch their Are You Smarter than a Fifth Grader” and “Proof she is not perfect.”

So while idols might say the stupid things that make me go “aww, come on,” I am willing to let it slide for the other things they bring to the table. If I wanted smarts, I would have watched/heard something else. Still, there are limits to my tolerance. 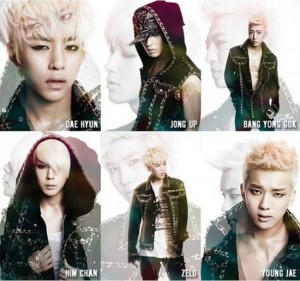 Lindsay: This hasn’t happened to me yet, but I am waiting in terror for the day that B.A.P (and specifically Bang Yong-guk) says something offensive/uncouth/really stupid that will make me have to defend them to everyone on the Internet because, heaven knows, I’ll have a hard time believing they ever did wrong.

Other than that, although I wouldn’t call myself a fan, I’ve always felt bad for fans of C.A.P of Teen Top because he got a lot of flack for his sexist comments (or just that one big comment about daughters).

Amy: Well, Himchan has said that he’s been so ashamed of his sister being “fat” that he didn’t want to be associated with her, which just sealed the deal for me, because that is just disgusting.

Lindsay: Ouch, my poor B.A.P-biased heart! See, I knew the day was coming.