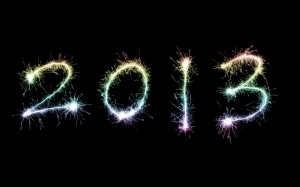 Happy New Year!  How was 2012 for you?  In my opinion, 2012 was a damn good year in K-pop with great new rookies including B.A.P., EXO, NU’EST, Busker Busker, Ailee, Lee Hi and Juniel; awesome comebacks from K-pop veterans like Sistar, Big Bang, SHINee, BLOCK B and Shinhwa; unforgettable K-dramas like Shut Up Flower Boy Band, Answer Me 1997, Queen In-hyun’s Man, and The King 2 Hearts; and laughs galore on variety shows like Running Man, The Go Show, 1N2D and more.  Did the last week of 2012 shut out the year with a BANG?!  There’s only one way to find out.

The following are my picks for the top 5 things that happened in K-pop last week that were a bit more special than the rest.  If you aren’t up-to-date with your K-pop then… get with it you’re a year behind!  Spoilers lie ahead so turn back now or forever hold your peace.

*Update: Well, this is what I get for not watching ALL the awards shows before this post was written.  I just finished watching the MBC Drama Awards and just had to update the post with this performance by Kim Yoo-jung, Yeo Jin-gu and  Kim So-hyun who were the nexus of the awesome younger cast of The Moon that Embraces the Sun and Yeo Jin-gu and Kim So-hyun were the younger leads in I Miss You.  Definitely something to love, these young actors have a very bright future ahead of them.

We got part two of the We Got Married couples honeymoon trip to Hawaii. They all hit the beach and who knew putting on sunscreen could be so entertaining? The game they played next was pretty fun also and Kwanghee almost got taken out by a furious Oh Yeon-seo—don’t mess with a noona.

4. The Best of the Gayos

One good thing about the end of each year is the Gayo Daejuns from each station. While each Gayo had its own highs and lows, I enjoyed the SBS Gayo Daejun the most. Loved C.N. Blue & F.T. Island and Boyfriend‘s stages, but I’d have to say I loved the joint performance by Epik High, Dynamic Duo, and Simon D the most.  SBS gave them a big time slot letting them open up the second half and they didn’t disappoint.

3. Will they Finally get married?

I was a little behind in watching the K-drama Can We Get Married–love Jung So-min and Sung Joon yet the drama was a bit of a downer with all the trials they had to go through, but with all the preempted shows this past week I marathoned the drama up until the current episode. There’s still two more episodes left and while things looked bad for our lead and secondary lead couples for a while, things are looking a lot better for the new year.

2. All the Beautiful people

One of South Korea’s most beautiful women, actress Choi Ji-woo, joined the cast of Running Man for the latest episode.  She definitely knows how to be a successful guest by totally not caring about her image and being a gamer.  The obstacle course challenge on a beach in Busan was hilarious, part one is below and you can watch part two, here.

Among the awards being given out at the 2012 MBC Entertainment Awards which included a heartfelt acceptance speech by Park Myung-soo who won the Daesang, was a performance by Korean rock band Gukkasten.  To open the second half of the show, they did a cover of Sistar‘s hit “Alone” that rocked the crowd.

Those were the 5 Things that I LOVED the last week of 2012, were they yours?