The "Punishment" of Roh Ji-hoon

Cube Entertainment‘s newest soloist Roh Ji-hoon recently made his second debut with mini-album The Next Big Thing, promoting title track “Punishment.” This is the man’s second crack at the music industry as he had unsuccessfully debuted three years prior under UFO Entertainment. But Roh Ji-hoon may better be known for his participation in MBC‘s Birth of a Great Star in 2011. The singer made it to the Top 8 before being eliminated. Shortly after his elimination, there was a bit of a tiff about his previous training and debut in the industry, especially as the competition had been geared towards discovering new, untrained talents. But now he’s a made a fresh debut under a larger entertainment company, bringing you “Punishment.”

The main male has trouble forgetting his last love, which causes trouble for him in any new relationship he intends to have. Since he was the one who ended that relationship he can’t forget, he feels he’s being punished for making the wrong choice, hence the song title. The music video portrays the man and woman passing by each other, which incites the man to follow the woman, the very one he can’t get out of his mind. She’s clearly aware of his following her, even stopping and watching him look for her at one point, leaving right as he notices her. They finally meet in an elevator, share a kiss, and then the man sitting in a room, blindfolded and with hands bound behind him. The woman teasingly removes the blindfold, leaving the man behind, both of them with small smiles on their faces. 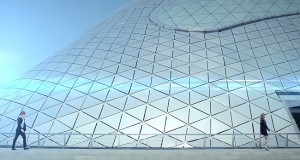 The music video takes physical associations with punishment–blindfolds and bound hands–and ties them to the mental form of it, all with a nice undertone of charged sexual tension. From the actions of the man, it seems he’s rather into this game the two are playing, hoping for some type of reunion. He’s naturally drawn to the woman, seeks her out by compulsion, adding to the punishment he feels The woman is harder to read; she’s either interested in him or in making him suffer. Though one question I have is just how potent was that kiss? It seems like he was just knocked out while our strong female got him into a new room. But rather than following a strictly logical plot line, the music video was more focused on visualizing the sentiments presented in the lyrics. The man feels like he sees this woman everywhere because of the extent to which he wants to return to that previous relationship. But all those memories end in his punishment and lack of the one he wants.

The choreography brought both slick moves and odd ones. The use of both male and female backup dancers brought more variety to the moves possible, keeping it interesting. The beginning footwork that slowly added backup dancers to the mix was interesting and catchy, matching well with the starting vocals. And we can’t talk about the choreography without mentioning the star of the show: the abrupt upward push of the belt and pants. 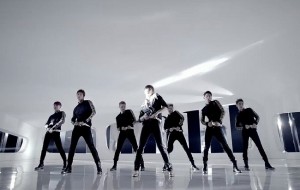 While this goes well with some of the aforementioned tension, this is just a bizarre move to have. Adjusting your pants usually isn’t a dance move of choice. For the sake of Roh Ji-hoon and his male backup dancers, I hope those pants are loose.

The cinematography stuck mostly to cooler gray and blues, bringing in warmer yellows and browns for happier memories. Some of the past was also present in grayscale, helping to differentiate from the present action. The cuts were well placed to move the action forward while still giving adequate time to Roh Ji-hoon’s solo shots and choreography, catching the important points. Several of those switches were quickly done, almost choppy, contributing to this idea of punishment with mental attachment to the specific memories. The acting was mostly static, conveying more with hurried movements than with facial expressions. However, both were good at conveying sensuality in most of their moves, a quality that often comes off as too fake to be taken seriously.

The music video was a stable debut one, adding to K-pop’s lineup of soloists. But there wasn’t anything particularly outstanding about the video that hasn’t been seen before. It establishes a masculine image and a good foundation for further development, which is better than can be said for some other debuts of the year.