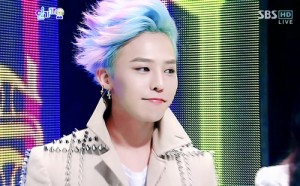 The word “idol” has many meanings, including a worshipped object and a person that is adored to excess. K-pop fans seem to take these definitions to heart when it comes to their K-pop idols. So how do you make a normal person look worthy of worship all the time? By using pounds of makeup and enough hair dye to stock my bathroom for years, that’s how. The problem with young Korean idols trying to make it in the entertainment industry is that they are, in actuality, only human. Most of them range in age from their early teens to twenties and are more susceptible to things like skin problems, while also being in the position to have hair dyed in a crazy ways by their stylists. We judge them harshly when their appearances aren’t perfect in photos, but then complain that they are hurting themselves by using so many chemicals to keep up their appearances. Sadly, we can’t have it both ways, and facing that truth is an important step in appreciating K-pop idols for who they are. 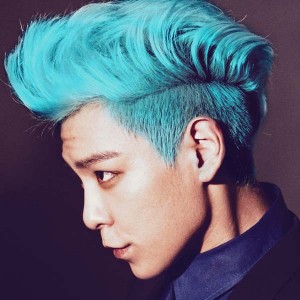 Let’s start with the hair. The K-pop fandom is no stranger to the dangers of bleaching, and this we’ve witnessed of idols suffering from, multiple times. Wooyoung, of 2PM, openly discussed his issues with bleaching his hair for his comeback this past summer. His hair was dark to begin with so he had to bleach it multiple times to reach platinum blonde and because of that he suffered burns on his scalp. The argument often comes up that they must use the best products for idols in Korea, but if he got serious bleach burns they certainly haven’t been careful enough. Wooyoung isn’t the first, or only, case of this kind of scalp injury, and I’m sure he won’t be the last. Besides simple bleaching, there is also the constant changing of color, be it lighter, darker, or vivid. 2NE1’s Minzy recently went from black (for “I Love You”) to a flashy purple pixie cut. Is it visually interesting? Yes. Did her hair go through a lot of damage to achieve this bright purple hue? Yes. Despite the damage, these are the types of hairstyles that make the K-pop image what it is. T.O.P with his blue hair in “Bad Boy” and “Fantastic Baby” — along with the horde of other idols who were in on the blue trend this summer –, G-Dragon with his yellow hair that turned into spiky cotton candy, and B.A.P’s nine months of so many hair colors that I can’t list them here, are all examples of the looks we are drawn to that take a high toll on hair health.

Once hair has been dyed, it is irreversibly damaged until the entire dyed part is cut off to allow new growth to happen. Coloring the hair changes the cellular structure of the hair follicle, opening the outer cuticle layer to allow the color in or out. 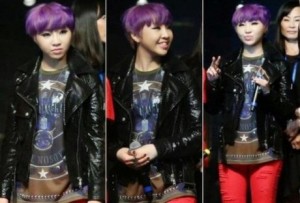 The cuticle layer, after being ruffled so many times, no longer falls back into place correctly, and this is what causes the dull and dry look hair gets after many dye jobs. The problem with the dying process is that it has to happen every couple of weeks to keep roots from showing and messing up an idol’s style, so hair has no recovery period. If we truly wanted idols to have healthy hair, they would all have to go bald and allow totally new hair to grow back, and wouldn’t that be a sight. Of course, that would absolutely ruin their image, which is what our idolatry is based on, so that’s a no-go. Not to mention that K-pop MVs would be infinitely more boring if we didn’t have new hair styles to look at. We base a large part of our attraction to certain idols on how their hair is styled or colored for certain promotions, you may like B.A.P’s Himchan as a blonde, but not when he has black hair, or vice versa. We also view their unnatural hair as a symbol of their idol position. There is no way you could look as good with ice blue hair as T.O.P, right? So by having extravagant hairstyles, idols keep up their deity-like status, at the price of damaging their scalp and hair. 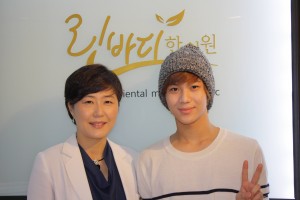 Where hair dye is more of a luxury to enhance an idol’s image, the heavy makeup they wear is a necessity to the whole package. It goes in one big circle; we complain that idols wear too much makeup and then we find a picture of them with a few pimples and complain about how gross they look and then we blame their bad skin on the makeup that’s been continually caked on. Rinse and repeat. Now, makeup isn’t proven to directly cause acne, but if a person already has a bit of acne, wearing lots of makeup can worsen the state of skin. Pimples are caused by clogged pores, and when a ton of makeup, especially foundation, is lumped on for especially long periods, and not properly removed, it can be much more than the icky, greasy feeling some of us feel after a long day. Overtime, extensive use of products both oily and/or powdery, can be detrimental to pore health; clogged pores further congested while dry skin makes a turn for flaky or peeling conditions. This is particularly unfortunate for our idols because most of them are in that fluctuating stage of maturity, and of course puberty. This is where the fact that they are only human needs to be remembered and also when we need to put our idolatry aside. The best dermatologist and the best foundation can’t change the fact that a teenage boy or girl is going to encounter some skin problems. Not only are there hormones at work here, they are also facing a lack of sleep, odd diets, and lots of stress. 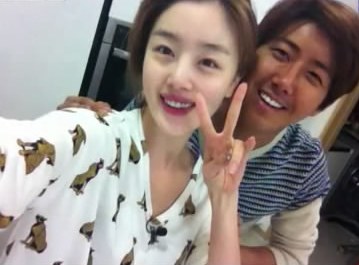 Some very notable idols have had skin issues, but you don’t normally see it in things like MVs and promotional photos. Last month, Hyuna, the queen of sexy herself, was spotted with pretty noticeable acne at one of her fan signings and at a 4Minute concert. She wore lots of makeup to smooth out her complexion and wore her hair down over half of her face, but the prying eyes of photographers and fans will not be distracted by these futile efforts. In contrast, ZE:A’s Kwanghee recently revealed just how much makeup he wears on We Got Married, and fans were a little shocked. Comments immediately sprung up saying that he wore way too much makeup and that he should really try a more natural look, but honestly, why would he? So fans can complain about him not having perfect looking skin tone and complexion? If I were an idol, I wouldn’t ever want to show my bare face for fear of an unflattering photo of my real skin being passed around on the internet. As for the poor young idols that can’t even hide their acne under pounds of makeup, well, luckily for them there is photo editing software nowadays. We think of supernatural beings having skin like a statue, perfect and smooth, but when we project that imagine onto K-pop singers we do their humanity an injustice. The skin’s condition is something that changes a great deal for a single person depending on a long list of environmental factors, therefore judging a public figure for not having flawless skin one hundred percent of the time is both unfair and completely unrealistic. 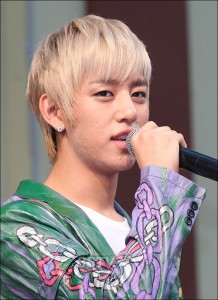 Idols are stuck in between a rock and a hard place when it comes to their image. They have a certain exotic and attractive image to uphold as objects of idolatry that they can’t maintain without harming themselves. The consequences of frequent hair dye and makeup use may not be fatal, but they aren’t anything to scoff at either. Besides the physical consequences, there is also the psychological toll that the pressure to be perfect places on someone. So our idols put up with burned scalps and clogged skin to make fans happy, and yet many still find room for dissatisfactions. We want both strikingly gorgeous and healthy idols; we want to have our cake and eat it too. Well, we can’t have it all, but we can certainly show empathy and support by appreciating these oftentimes wacky (or magnificent, however you take it) makeovers adorned by idols upon each new wave of promotions. Thereafter, when they can finally grow out their natural roots (which usually indicates downtime), it should also be something to be happy about. To conclude, I say thank you idols, for sacrificing some of your own personal health for the sake of bringing to us the most unearthly beauty we love about K-pop. It wouldn’t be the same genre if the idol’s image wasn’t what it currently is, and we wouldn’t feel the same sense of awe if idols just looked like the average person walking down the street.