The Wonderful B-Sides of The Wonder Girls 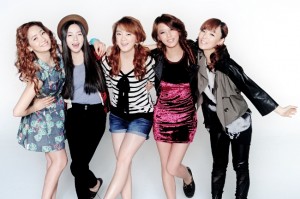 With two studio albums and two extended plays to their name in almost five years, the Wonder Girls’ frequency of releasing new material does pale in comparison to many recent acts, who seem to drop comebacks every six months.

While part of this could be attributed to the Wonder Girls’ status in Korea, as still being a leading girl group and hence not needing to promote too often to stay in the limelight, as well as their international promotions, there are other reasons to justify the low output.

It could be argued that by favouring a quality first and “good things come to those who wait” approach for music — despite not doing much compared to new/rookie groups — what they do usually tends to be less trend driven and would date better.

Also, it could be said that their low output could be a misconception built on how big their old hits (“Tell Me”, “So Hot”, “Nobody”) have become with time, leading most recent K-pop listeners to think that those singles are all they have to their name. Well, with a back catalogue that certainly runs far deeper than that, they have a lot more to offer.

While their contemporaries SNSD went with the preppy girl-next-door image, the Wonder Girls thought laterally and went with a retro, party-friendly pop feel. Although this image has stuck with them for a long time, it was back then a refreshing addition to the K-pop mix. “Tell Me” and “So Hot” served as fun and playful takes on themes of old. So, for those who like their retro, it’s worth listening to the songs below as variations of the theme.

For those who prefer something different, with a modern spin, “Move” is worth checking out. Composed by Lee Minwoo (of Shinhwa fame), the song has a stronger club vibe than the other songs on the album. It also shows a hint of how well the Wonder Girls handle the ‘black/dark concept’ so beloved of Girl Groups.

And speaking of hidden gems, “Saying I Love You” has got to be as hidden as they get. Found only on The Wonder Years: Trilogy EP (where it was overshadowed by “Nobody”) as well as The Wonder Girls (a compilation for the overseas market), the track is one of Ye-eun’s first compositions to make it as a release. Featuring a mid-tempo instrumental, and lyrics on unconditional lyrics, the song makes for a pleasant listen. And as an added bonus, the girls also sound pleasantly within their range for the song, without ever being vocally stressed.

After those releases though, Wonderfuls were probably left repeating those songs (with a pair of Different Tears in between), until Wonder World came in and offered a glut of new material worth getting interested in.

Maybe it was the long wait, maybe it was the time spent overseas that helped with the musical development, or maybe it was how they finally put aside the retro air that hung over most of their releases, but Wonder World was a release worth waiting for. While 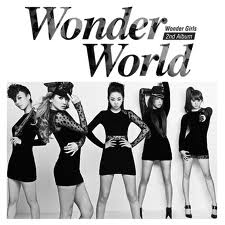 the contemporaneous release, SNSD’s The Boys may have won the sales battle, Wonder World has got what it takes as far as the musical war is concerned. Listening to the album six months after its release, there was little question as to which one between the two was more preferable.

It was a bit of a shame that they’d chosen to promote “Be My Baby” as that track, while giving most listeners what they wanted, came in short in terms of selling their musical development and the sound of the album. Also, “Be My Baby” had a retro slant, but the rest of the album was largely far more forward thinking. There are girl group anthems, Euro-pop inspired songs, and tunes heavy on the party vibe, but amazingly, the whole thing holds together really well and is above all, really good pop.

Top on the list would have to be “Sweet Dreams”, a really smooth pop confection made up of descriptions of things to do with a lover (largely of the PG variety), layered over a catchy (but not cloying) tune. Throw in some metaphorical musing in laconic rapping by Yubin, and this is a sophisticated tune that stands toe-to-toe with some of the best pop in the world.

Another recommended listen would be “Girls, Girls”, which could very well be the perfect soundtrack for any Korean chick flick. With a simple melody showcasing a nice mixing of vocals, inspiring lyrics that touch on being bold when confessing one’s love, as well as references that stray amusingly close to their actual selves (I’m a Wondergirl/Can be the only one in the world), the song shows how everyone’s singing has come a long way over the years.

Despite these two songs being the highlights, there are a fair few other inspired pieces. From the sass of “Me, In” to the synth-pop inspired “Stop!”, to the party-starting “G.N.O”, it really is an impressive list. The whole album comes off as rather free of filler — something K-pop is often riddled with — and every track has an identity of its own, but at the same time, it stays faithful to the concept of good and enjoyable pop.

Wonder Party, being an EP and all, did not exactly hit the highs of Wonder World. However, there were still some highlights, and this is especially evident where ‘Girls’ seemingly begins to play a bigger role in song writing and composition. Two songs worth mentioning would be “Hey Boy”, an upbeat number written by Yubin about having changed impressions about someone over time (and the formula for every successful love story ever) and “Girlfriend”, another Ye-eun composition, but one which very nicely captures the feeling of continued pining for the one that left.

While the Wonder Girls may have undoubtedly built their legacy on the big hits, their back catalogue also shows that they are rather accomplished pop performers and that they are music makers in their own right.