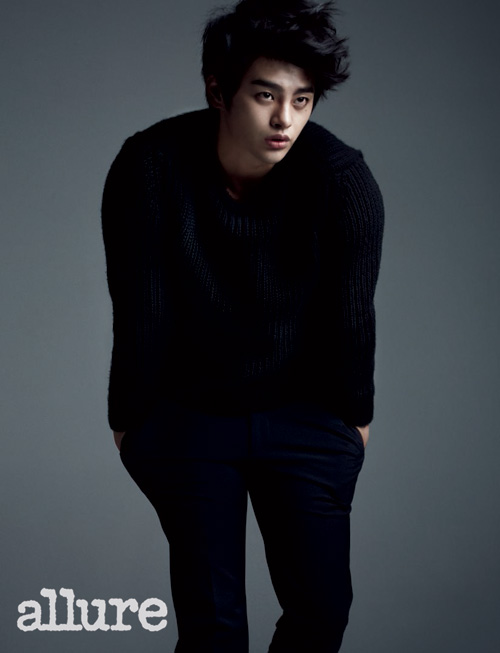 Seo In-guk. From being an adorably chubby contestant on Superstar K and its first winner, to becoming an idol and actor of the hit drama, Answer Me 1997, Seo In-guk’s star is steadily rising.

The more Seo In-guk diversifies himself as a idol, the more I’m realizing that K-pop might have another triple threat on their hands. Triple threats, I feel, in K-pop are extremely rare. Not to confused with a Jack of All Trades, which has a relative knowledge of a variety of things, a triple threat is some one who excels at three and sometimes more subject areas. Commonly associated with entertainment and being able to both act, sing and dance, for K-pop, the three main subject areas in order to be considered a triple threat would have to be acting, singing and variety. In an industry that is laden with mediocre talent in exchange for a pretty face, Seo In-guk slowly becoming a short-list of idols and entertainers that basically have it all, and then some.

It’s surprising that it took a television show for K-pop to be able to have a voice like Seo In-guk. Constantly rejected for being too fat and having to suffer from bulimia to be able to perform and be accepted into the industry, Seo In-guk was finally able to show his vocal talent after winning Superstar K. However, he was grossly underrated and constantly limited on how many music shows and venues he could perform being a part of Mnet Media and a product of their television show, and thankfully was able to gain some attention through acting on Answer Me 1997. This reminds me a lot of another singer-turned-actor and triple threat, Lee Seung-gi, one of the strongest voices in the K-pop industry, despite rarely releasing any albums. Just like Seo In-guk, Lee Seung-gi was very underrated, unless you were a Korean ahjumma, and is rarely associated with his singing as much as his acting and variety skills. Will this be Seo In-guk’s fate? 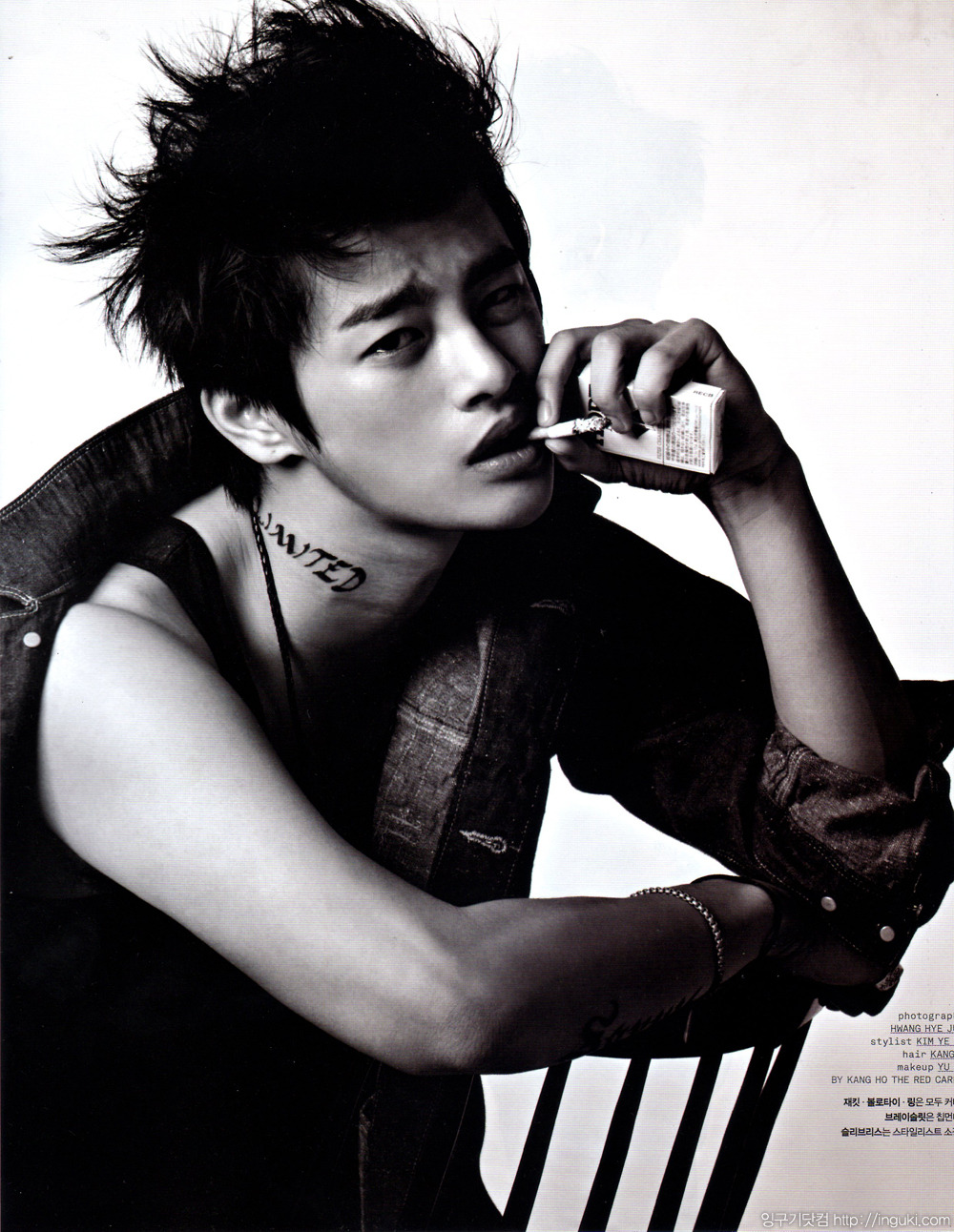 Although it’s to be decided that Seo In-guk has the obligatory “third” skill, variety, in order to be a K-pop triple threat, his interviews and cameos on variety shows show glimpses of an adorable and funny personality,and is more and more quick-tongued as his appearances increase. I think his ability to take such a role so easily during Answer Me 1997, will help improve and develop a knack for variety but I don’t doubt that the natural talent is there.  But does having and excelling at multiple talents truly matter in K-pop? It seems that many people that excel in a variety of trades in the Korean entertainment seem to be overlooked for those who excel in a specific trade. This might because it’s very difficult to   Although it’s interesting that he has made his next project, a simple weekend drama, that has an extensive 50-episode run as his follow-up, Seo In-guk is playing his cards right for the time being in opting to star in a low-key drama in order to hone his craft as opposed to jumping head first in a much bigger project.

However, the weekend drama is currently starring in, Rascal Sons, does not seem to be as crowd-pleasing or well-scripted as his past project, although Seo In-guk carries his role well, with what little he has to do. There are so few subs of the drama, so it’s definitely not popular amongst international fans, as Answer Me 1997 was, nor does much buzz seem to be coming out from the Korean front either, despite having veteran actors working on the show.

Will this follow-up cause Seo In-guk’s star to fade? It’s tough to say, seeing how the market for entertainment, be it film or music, is extremely fickle and one’s star can quickly rise and fall depending on if the star’s next project is as popular as the past one. But Seo In-guk doesn’t seem to be the one at fault with the weakness of the drama thus far, and he’s lucky that he plays a secondary role, so he’s more of an opportunity to hone his acting talent without getting the brunt of the lack of buzz and lower of ratings. So I don’t think Rascal Sons will affect his career that much, but his teritary role will be much more determinant for his acting career. 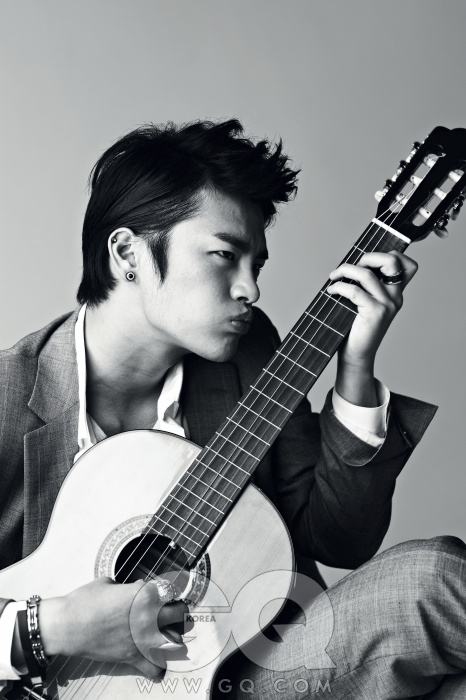 What if, let’s say, his acting career falls through? He has his singing to fall back on but will he only return back to irrelevance? It’s possible, unless he manages to get that one big hit. But he may have to change the style of music he’s currently performing in order to get that hit, and not perform a song that matches what he’s capable of. But I believe that he has the acting chops to forge a successful career, as long as he makes the right choices. Although it might not be giving increasing popularity, I think the point where Seo In-guk is right now is a perfect stepping stone to an even more successful career. However just because your career is successful, doesn’t mean that you make the greatest of dramas (see Lee Min-ho) or that the greatest of dramas made you popular (see Lee Min-ho again.)

Seo In-guk’s career has gotten the bump his career needed with Answer Me 1997 but it was a not a single star-making show. It was a full cast effort, and the drama’s has definitely boosted the careers of everyone involved. Seo In-guk definitely getting a lot of coverage and pubicility, but Answer Me 1997 didn’t make his own star shoot to extraordinary heights, and whatever coverage does come his way seems to revolve around Answer me 1997, and not for his own sake.

I think with that in mind, Seo In-guk should have used the star power gained to move on to another project so he can prove his own skills and still please audiences. Many fans seems to be disappointed with how different Seo In-guk’s character is from Yoon Yoon-jae, so this is telling of how much Seo In-guk’s current star is dependent upon Answer Me 1997. Hopefully, with the end of the year awards season fast-approaching, he regain more confidence in the public and take on more roles, to offset Rascal Sons.

Regardless of what happens, Seo In-guk will definitely be a favourite of mine, post-Answer Me 1997 and perhaps beyond, and hopefully for Korea as well.