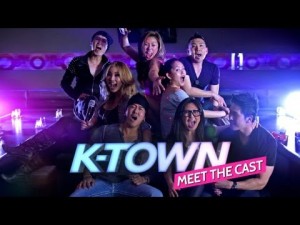 You may have heard of the new YouTube reality series K-Town which is being heralded as the “Asian Jersey Shore.” The show features a group of Korean Americans in their twenties living in Koreatown, Los Angeles and going about their daily lives, which as with any proper reality show includes lots of drunken shenanigans.

After watching eleven episodes of this “unscripted” hot mess, I can honestly say that nothing about the show or the cast surprises me anymore. Except for the fact that they are avid K-pop fans. For some reason, the idea of these extremely raucous people enjoying something like K-pop just did not match up in my mind, which revealed some interesting perceptions one might have about K-pop fans in general.

If there is one idea that is often pushed in K-pop, it is the idea of purity. The most obvious manifestation of this is in the meticulously managed image of the K-pop star – the slightest deviance from upstanding behavior can cause major scandals that are even more exaggerated when contrasted with K-pop’s perceived wholesomeness. But in some ways, this image of purity is also reflected in the fans, though it becomes more pejorative. This is partially due to their age — fandoms dominated by tweens/teens are often stereotyped as inexperienced in some way (whether maturity-wise, sexually, etc.). Another contribution to this image is the portrayal of the artists’ and the genre itself — it is harder to imagine fans of the cutesy SNSD engaging in more adult behavior than it is to imagine fans of more risqué artists like Ke$ha or Lady Gaga. 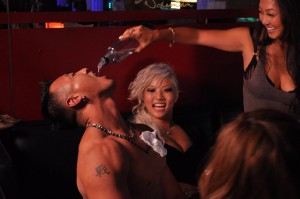 But what is interesting is how some of the fans themselves promote this image of purity, whether consciously or not. For every fan that ogles a K-pop star’s abs, there is another who staunchly asserts the virtue of loving their idols purely for the music and personalities versus sexualizing them. And one of the most common praises (or defenses) of K-pop uttered by the fans is that the music doesn’t revolve around alcohol, sex, and parties like mainstream Western music supposedly does. Thus, for some fans, listening to K-pop is a quirk that makes them superior to Western pop fans due to the differences in the supposed morality of both music scenes.

And this is where the cast of K-Town does not fit. Obviously, they are not inexperienced tweens, but in addition to that, they also don’t seem to care much for the wholesomeness other fans claim to enjoy so much in K-pop. The K-Town cast (at least in the show) live the lifestyle displayed in Western pop music that some K-pop fans frown upon, and some of them might not be as invested in the personalities of the idols as much as they are in their “silky milky soft skin” and “nice long legs”. But the cast are still K-pop fans and they even show it proudly just like the rest of us – whether through Jasmine Chang styling her hair like Dara or Young Lee praising YG’s “swaggy” groups. And though it seems so painfully obvious now, sometimes being so heavily invested in the K-pop fandom bubble can cause us to forget that the music actually has a serious following from people outside of the stereotypical fangirls. In the end, the appeal of catchy pop songs presented by attractive faces is pretty universal no matter what other reasons people might have for liking the genre.

What do you guys think? Is the cast’s love for K-pop surprising or should I have seen it coming all along? Do you have your own preconceptions of K-pop fans and has anyone broken that mold?